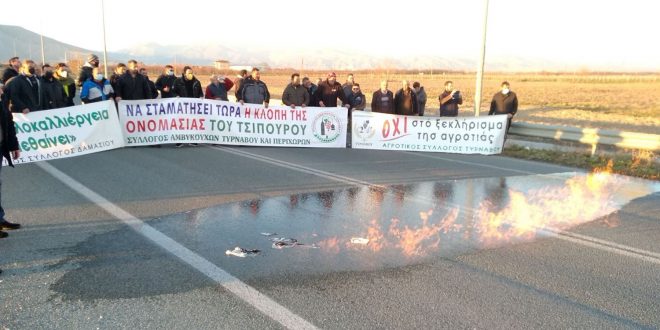 Angry producers of famous tsipouro in central Greece poured liters of the strong distilled spirit on the road and set it on fire. Together with dozens of farmers on tractors, the tsipouro producers occupied a part of the national Larissa-Kozani highway to protest government plans to change the name of the product for which the area is famous for.

Even if the symbolic action has some launching difficulties, the protesters ultimately managed to succeed and chanted “Hands Off Tsipouro.”

The protest was aiming to send the message to the government and the new Agriculture Minister that they will not accept any changes in the commercial name of tsipouro.

Αccordinig to an amendment of the Agriculture Ministry, the name of Tsipouro  -and Tsikoudia in Crete – should be replaced with “traditional distillate.”

Traditional Tsipouro of Tyrnavos and Thessaly and Traditional Tsikoudia on Crete are produced from grapes marcs, are sold in bulk and taxed with a special favorable regime with protection of their names by the European Union. 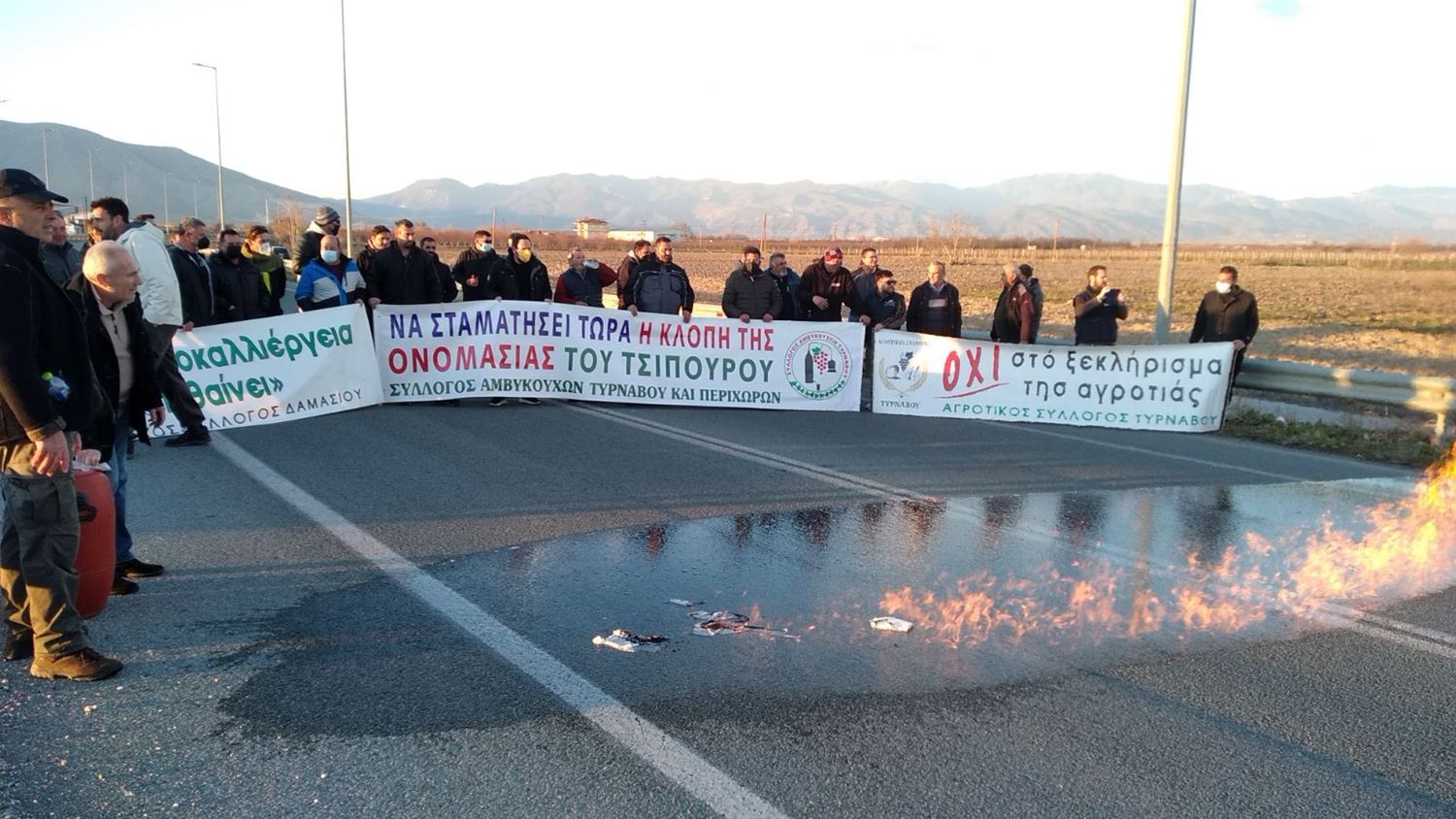 There are 380,000 families of producers and renaming the product will end up in losing the special tax regime and financially destroy especially the small producers.

The tsipouro of Tyrnavos is considered as of the best quality of the brandy that contains 40–45% alcohol by volume and the product for which the area is famous for.

Traditional tsipouro of Tyrnavos is produced from grapes marcs.

Speaking to ERT TV beginning of the month, local producers warned that the “Aeolos windbag” will open if the Ministry proceeds with the change of the name.

The tsipouro protest was part of broader farmers’ mobilization not only in Thessaly, in Achaia and Crete but throughout the country as farmers demand among others subsidies and tax discounts due to the energy crisis and the bad weather that has destroyed their production but also the payment of compensations for damages they suffered in 2021.

According to local media, the compensations they receive by the state is twice lower than the selling prices.

The fence in Evros River will extend about 80 km, Migration and Asylum Minister Notis …