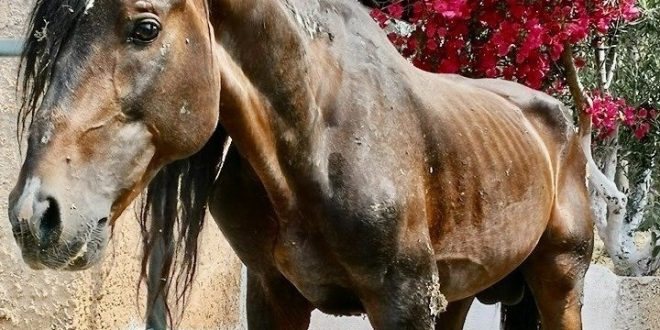 Nobody knows how many horses, donkeys and mules there are in Greece, where they live, under what conditions, when and how they change ownership and how their life ends. This happens because Greece does not comply with the European Regulation which, since 2008, mandates that all equines in Europe be identified and registered.

Unidentified and uregistered equines are by definition anonymous and this anonymity allows unrestrained exploitation (illegal trade and trafficking/illegal uses and killing) and endless abuse. It also renders any control of transmissible infectious diseases, virtually impossible.

Using one justification after another, Greece has avoided for 14 years to comply with the European legislation on equines, which mandates that every equine be identified and registered.

IPPOTHESIS, the  Panhellenic Equine Welfare Society, has started a petition to be delivered to the Prime Minister and the Agricultural Minister as well as to EU Commissioners in charge.

As an Equine Protection Charity, we are extremely preoccupied with the fact that Greece does not apply the European Regulations for equines, nor has any national legislation for their protection. To make things worse, a piece of legislation voted in 2021 establishes that equines can no longer  be owned as companion animals, in effect stripping them of the only possibility to be granted some protection and leaving them even more exposed to abandonment and abuse.

In any case, the identification and registration of equines is mandatory for all members states since 2008 and there is no justification for Greece not to comply.

Put an end to the unaccountability surrounding the treatment of equines. Tell the Greek government to proceed with the identification and registration of equines NOW.

The petition will be delivered to:

The Prime Minister of Greece

The President of the Hellenic Republic

The Minister of Rural Development and Food