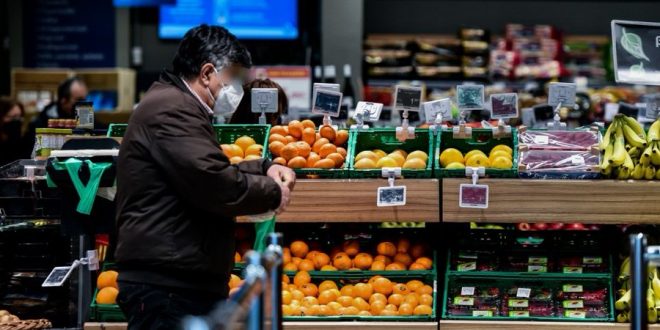 6 in 10 Greek workers cut down on basic food and heating, Labor survey finds

The majority of workers in Greece has cut on basic food products and heating, while 3 in 10 declare insecurity to maintain their job, a survey conducted by Alco on behalf of the General confederation of Greek Labor (GSEE) and the Labor Institute has found.

Solution to the current economic situation are taxes cut and increase of the minimum wage, the workers of the country’s private sector said.

Rising prices in energy and food and low or stagnated salaries are putting immense pressure on workers’ income who cut expenditure wherever they can in order to make ends meet.

35% expressed insecurity about their work place.

Overwhelming majority, 85% of surveyed workers, agreed with the GSEE proposal to revert the minimum wage to 751 euros per month.

Solution to the problems lies in tax cuts, said 49% of respondents.

According to GSEE, it is necessary to immediately implement a mixture of interventions in order to protect as much as possible the living standard of workers and especially the lowest paid. The Greek economy and society after many years of austerity is facing a new wave of accuracy and price increases in basic goods and services and stagnation of income threatens the purchasing power of many households and social groups.

For these reasons, GSEE proposes the following income and budgetary interventions that would include, among others:

Referring to the government proposal for a special tax on the extraordinary profits of energy companies, GSEE proposes that these revenues be allocated to support the disposable income of households.

Median wages in Greece reportedly collapsed in the last decade, specifically since 2012, short after the first bailout agreement with the country’s lenders.

With minor increases in the last couple of years, the minimum wage is currently at 663 euros (For some workers so much was the electricity bill in March due to so called “adjustment clause.”)

Official data to show that:

These numbers correspond to wage increases according to the 3-year-schme plus marriage allowance.

It is worth noting that workers are paid with the minimum wage even if they have working experience, however, in a different sector. That’s the legacy of bailout agreements.