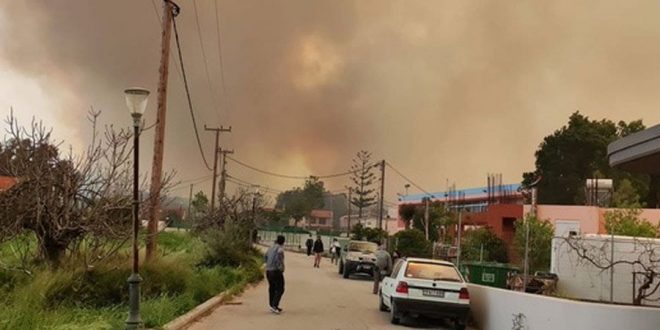 A forest fire is raging on the island of Rhodes near the village Soroni on Tuesday and there is fear the blaze could get out of control due to strong winds blowing in the area. The blaze on Rhodes is only one of the three forest fires raging on Tuesday.

The village Soroni but also schools in the area have been reportedly evacuated at noon even if for precautionary reasons. Priority of the local authorities is the evacuation of elderly and children, local daily rodiaki reports.

Part of the village is without electricity.

Fire fighters and volunteers are struggling against the blaze, however, their efforts are being hampering by the strong winds. 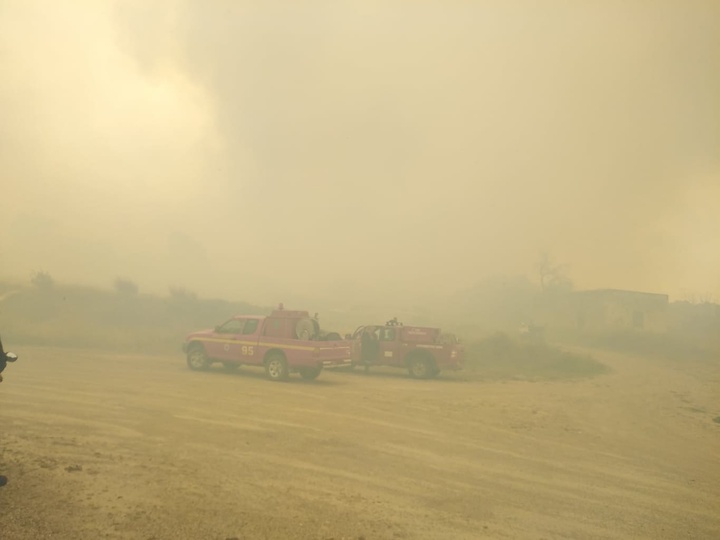 After intervention of a local lawmaker, the Civil Protection is deploying two Canadair fire-fighting aircraft to help extinguish the fire. 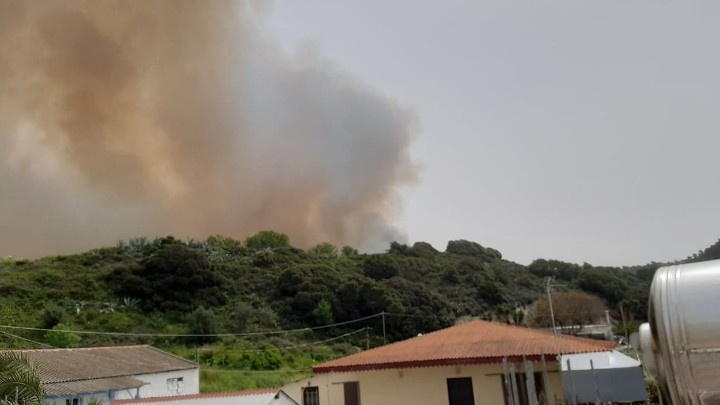 Meanwhile in Peloponnese, firefighters and volunteers have been struggling against a forest fire in the area of Livadaki, in the municipality of Andritsaina – Krestena, in Ilia region since Monday night.

Τhe fire front exceeded 9 km, burning a forest area that was burned down in 2007 and was starting to regenerate again. 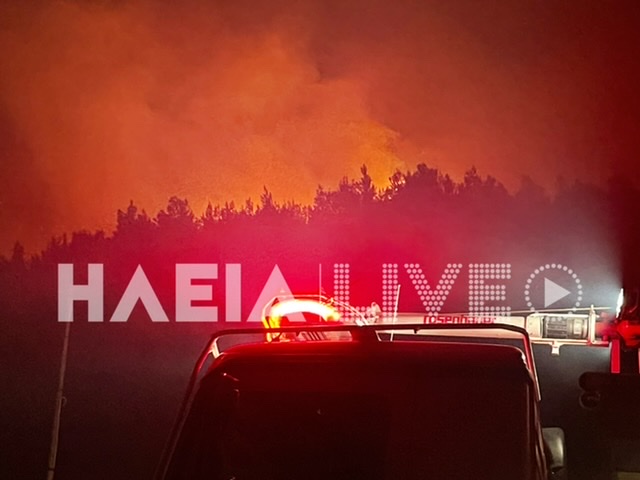 According to the Fire Service, more than 103 firefighters are on the spot with 35 vehicles as well as five groups of firefighters on foot  while three firefighting planes are dropping water from the air.

During the night, the fire brigade was fighting off the flames approaching the residential areas of Livadaki, Ptelea and Kallithea, local media ilialive reports.

The big blaze has been largely under control, however, strong winds revive small fire places.

As many Greeks on social media wonder about the forest fires that obviously started early this year, media report of one more blaze in the forest area of Korfiotissa near Xylokastro by Corinth

Forest and wild fires are a plague in Greece burning down thousands of acres, agricultural land and animals each and every summer and setting people’s lives at risk, while there are fires that cost the lives to dozens of people.

Many fires are caused by arson on purpose or by negligence and less by some “natural causes” like a fallen power pole or abandoned glasses in forest area that set alight by the sunlight.

The official anti-fire season is officially from May 1 to October 31, however, this year they started already end of March on the islands of Samos and Zakynthos.