Makeshift bomb explodes outside the home of high-ranking police officer

Greek law enforcement authorities were on alert on Tuesday after a makeshift explosive device went off outside the home of a high-ranking officer of the Hellenic Police (ELAS) in the northern Athenian suburb of Halandri.

The rudimentary bomb comprised four cooking gas canisters taped together and set off by some kind of fuse.

It went off at around 2.30 a.m. after being placed at the entrance of an apartment building that is home to the deputy director of ELAS’ State Security Division. 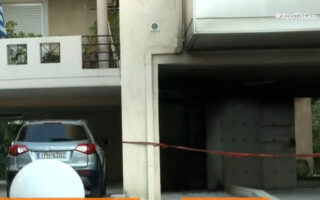 The blast sparked a small blaze that was put out by firefighters but did not cause any significant damage to the building or injury to residents.

An investigation is under way to determine whether the bomb was meant as a message to the unnamed ELAS officer or whether the building may have been targeted for a different reason, dialy kathimerini noted.

However, according to cnngreece, the high-ranking police officer was dealing with cases of anti-authoritarian scene and authorities suggest that he was clearly the target of the attack.