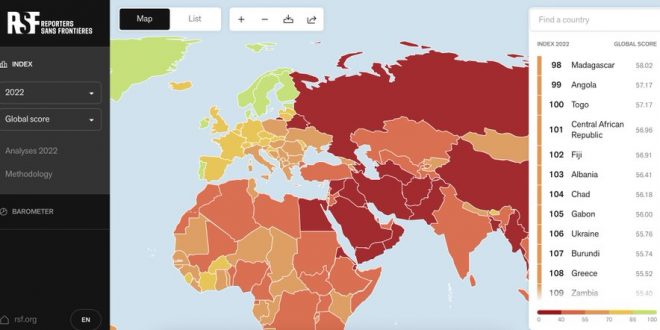 When it comes to Press Freedom, the country is now on the bottom of Europe lower even than Hungary (85.) Bulgaria (91.) and Albania(103.) and some dictatorships across the world. 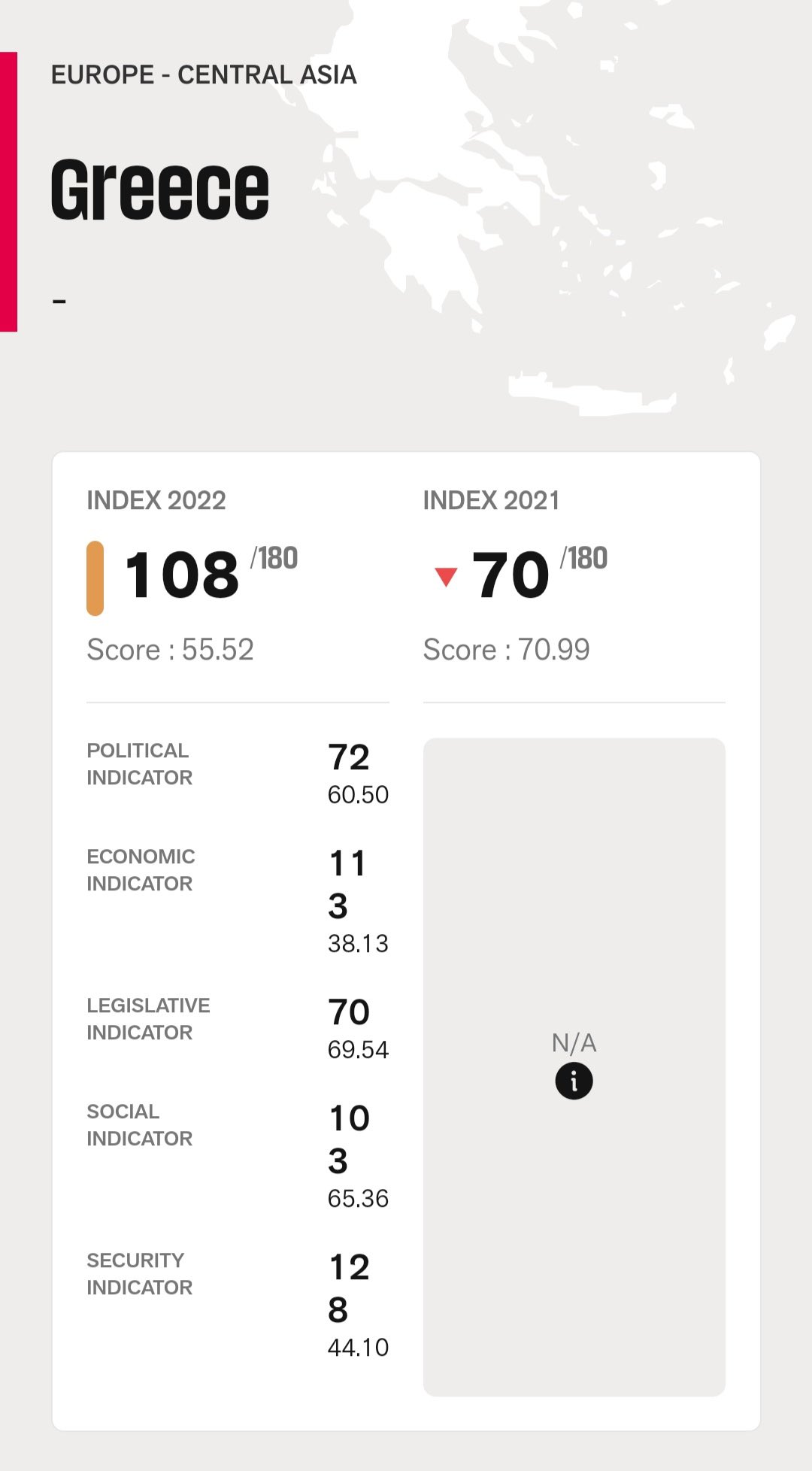 In its introduction the report RSF notes, among others:

“In Europe, while Norway (1st) remains at the top of the World Press Freedom Index, the region shows significant disparities,and conditions on both extremes have evolved considerably. Estonia (4th) and Lithuania (9th) – two former Communist states – are now among the top ten, while the Netherlands (28th) no longer is. And Greece (108th) has replaced Bulgaria (91st) in last place in Europe.”

Particular reference is done on the murder of journalist Giorgos Karaivaz and the unsolved case, the persecution of investigative journalists who reveal scandals (Vaxevanis, Papadakou, etc.), the surveillance of journalists (Koukakis) through the national intelligence and spyware, the government funding of media with public money (Petsas-Lists) thus securing its immunity for its policies, attacks on the rule of law and dissenting voices.”

Euractiv.com has an article on Press Freedom in Greece