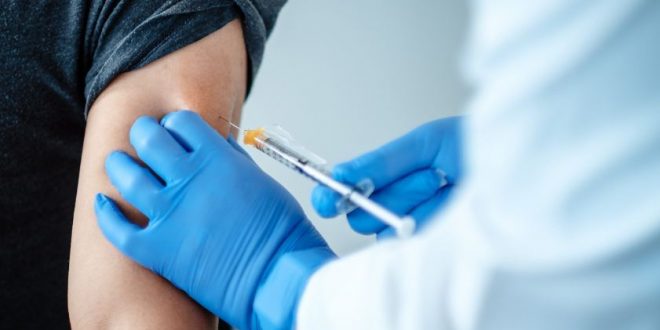 Based on what is known now about the disease, the Vaccination Committee has ruled out mass vaccination for the general population, since the monkeypox is not easily transmitted.

The National Committee has reportedly decided during a meeting on Tuesday, that there would be “ring vaccination”, that is vaccination of health care providers who deal with infected patients as well as the close contacts of the confirmed cases.

It is worth noting, however, that in Greece the smallpox vaccine has been completed since the 1970s.

The vaccine, available in the EU from the Danish pharmaceutical company Bavarian Nordic’s Imvanex, is not approved for use in monkeypox and there are no safety data for its use in immunocompromised individuals or young children. These groups are also at higher risk of disease, according to the ECDC.

The vaccine is also available in the United Kingdom, where health authorities have recommended a similar strategy.

After the meeting, the Greek National Vaccination Committee issued a statement saying among others:

Monkeypox virus is related to the smallpox virus, a disease that has been eradicated from the planet since 1980 following a successful global vaccination program.

Precautions include adhering to personal hygiene measures and avoiding close contact with suspected cases. Relevant instructions have been issued by the National Public Health Organization EODY.

There is currently no specific vaccine against monkeypox virus, however, the smallpox vaccine is expected to provide protection.

The European Medicines Agency has licensed the modified smallpox vaccine (Imvanex), which contains live attenuated non-replicating viruses. This vaccine can be given subcutaneously in two doses, 4 weeks apart from the age of 18, as well as in immunocompromised individuals.

‘There is no evidence of mass vaccination to protect against aphids, due to the epidemiological and clinical features of the disease.

Vaccination can be done selectively:

-After exposure to people who have had close contact with a case such as people in the immediate environment and medical staff. The vaccine should be given within 4 days of exposure.

-Preventive in people working in areas with increased occupational risk of exposure to monkeypox virus, such as research laboratories.

The European Union Emergency Health Preparedness and Response Authority (HERA) is examining the possibility of jointly supplying vaccines with rapid procedures for the potential needs of each country.

The EUSR estimates that with the data to date, the risk of smallpox for monkeys for the general population of our country is very small. The EUSR will systematically monitor developments and scientific data and will update its recommendations accordingly.

it appears that the smallpox vaccine provides protection against monkeypox and in previous outbreaks of the disease in African countries has been administered to those in close contact with cases.

President of the Vaccination Committee Maria Theodoridou has reportedly said that “smallpox is the only infectious disease that has been completely eradicated thanks to vaccination.”

She added that the smallpox virus is nowhere to be found except in two laboratories in the US and Russia.

Due to the eradication of the disease in 1980, the World Health Organization announced that vaccination was stopped.

Theodoridou said people born before 1980 and vaccinated against smallpox are protected from monkeypox by up to 80%.

Similar to tetanus vaccines, the smallpox vaccine can be injected and can be effective also after the contact with the virus, some health expert told media.