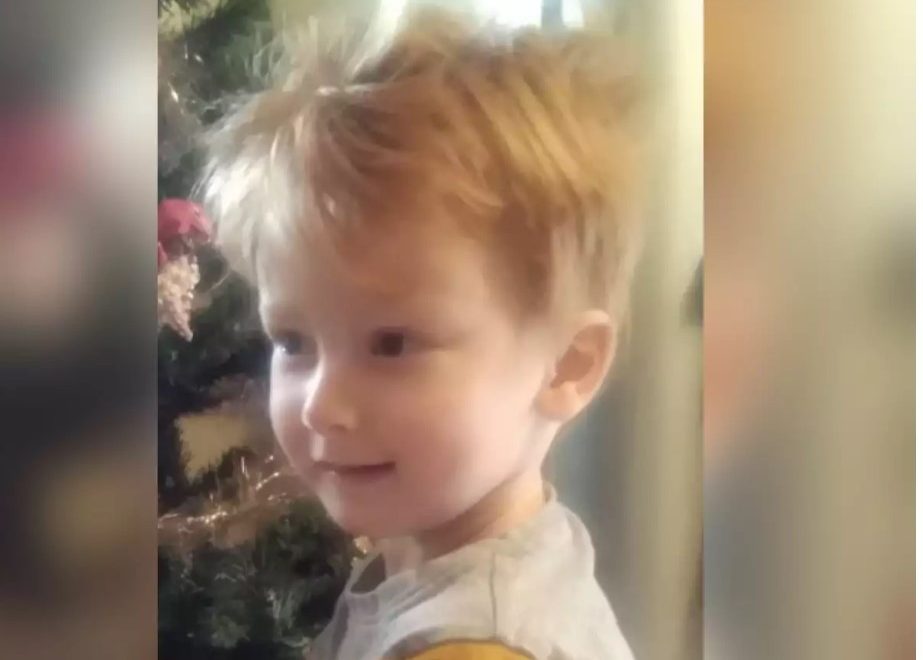 6-year-old Rainer Jason Pedersen, kidnapped from his home in northern Athens is allegedly “safe in Norway,” the father lawyers who contacted Greek counterparts and the charitythat issued the Amber Alert claimed. The child was apparently kidnapped by his Norwegian father on Tuesday evening and left the country on a false passport.

“The 6-year-old is safe in Norway with his father,” Pedersen’s Greek lawyer Maria Adamopoulou told media on Thursday, citing an e-mail she had received by the father’s Norwegian lawyer.

Greek police reportedly estimates that the father and the child left the country from an area of ​​Northern Greece, most likely with fake passports, as their last traces are placed in Thessaloniki. 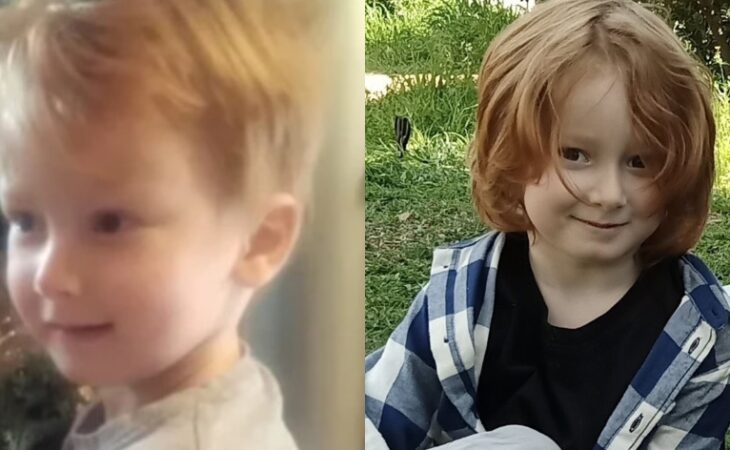 According to state broadcaster ERT, the van the father used for the kidnapping has been found and forensic teams of police are seeking for fingerprints, as there is suspicion the father had one to two accomplices.

Media report of at least one accomplice, the Icelandic uncle of the father and that the group reached Norway via Denmark.

The president of Greek charity Hamogelo that issued the Amber Alert told Skai TV that a man claiming to be the father’s lawyers contacted him. The man claimed that the child was in a safe place with his father in Norway and asked him to remove the Alter. The president responded that this cannot be done unless there is a prosecutor’s order. 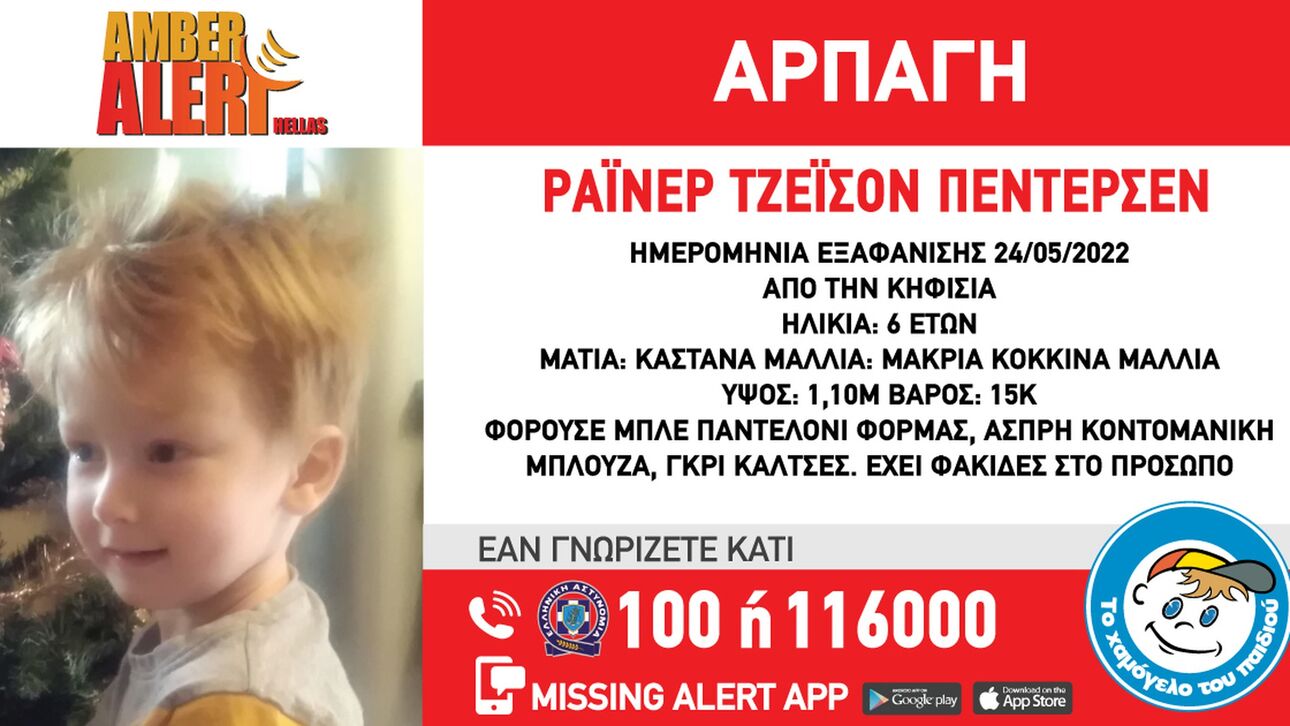 Authorities had launched a manhunt to track them down, with searches focusing on airports. But apparently father and son eventually managed to cross the border. 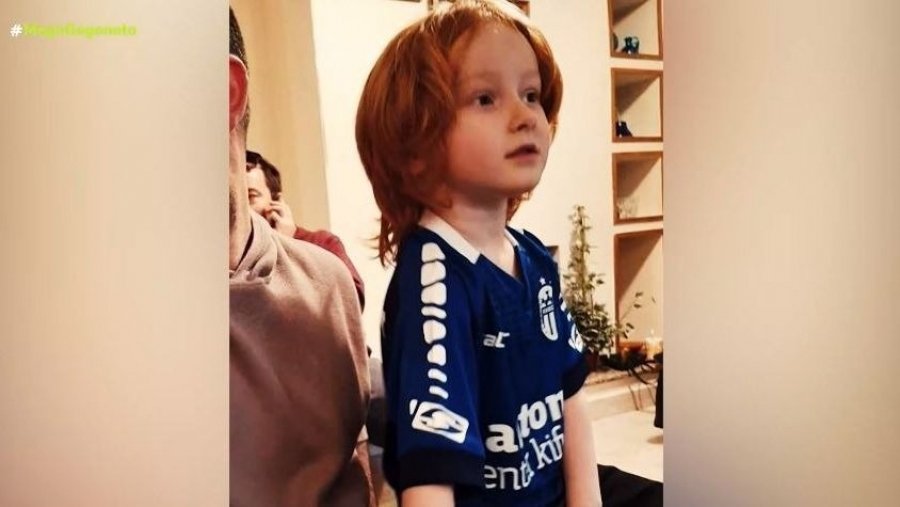 Mutual accusations of the parents

The father of 6-year-old, Ricky Penderson, has been in Greece since last April, when a marathon legal dispute started with his ex Greek wife over the custody of the child.

The mother’s lawyer, Christos Oikonmakis, said the Greek courts have ruled that it is in the child’s interest to stay with his mother in Greece.

On his part, the father has obtained a court decision in Norway ruling that the child should stay with him. The father claimed that his ex wife had forged his signature in order to be able to issue a passport for the child and travel with Rainer to Greece.

The former couple lived together in Norway until 2018, when they decided to divorce. He has been in a legal dispute for two years, exchanging lawsuits. In fact, the father made many requests for his son to return to Norway, with the mother not responding. he claimed further that he has all relevant documents from childcare, kindergarten and health station.

“Two weeks ago, an order was issued by the prosecutor of the Athens Court of First Instance to sue the father against the mother, by which the prosecutor filed the case, as he ruled that there were no illegal acts of the mother. And 15 days later, this incident happened “, continued Mr. Economakis.

According to the father’s allegations, the mother even forged his signature, in order to be able to issue a passport to the child and travel to Greece.

From the very first moment of the kidnapping on Tuesday evening from the family home in Kifissia suburb of northern Athens, the mother told police she suspected that Rainer’s father was behind the abduction.