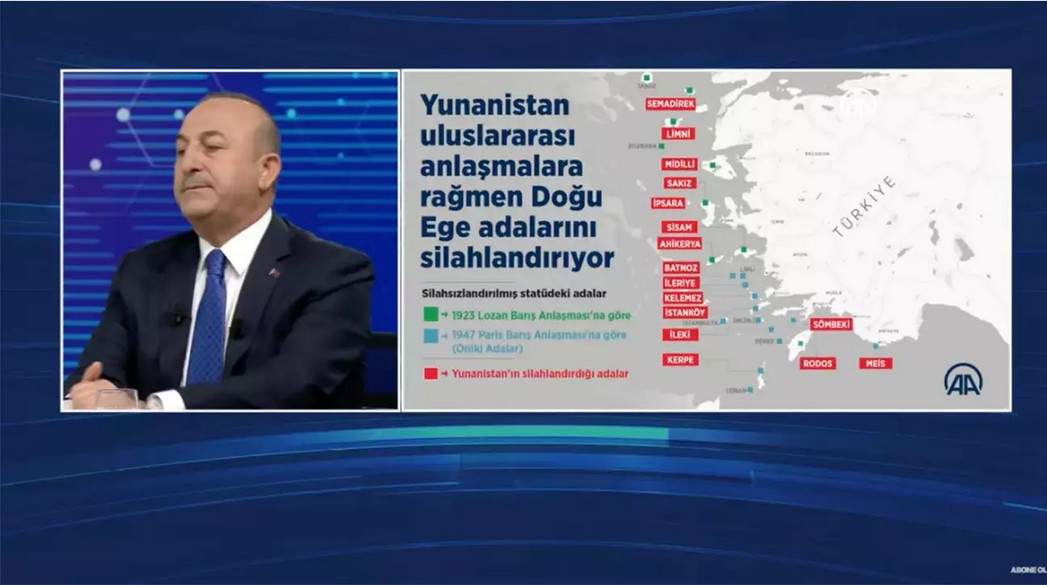 Turkey continued its provocative crescendo against Greece on Tuesday and its Foreign Minister Mevlut Cavusoglu went so far to show maps and named 14 Greek islands in the eastern Aegean Sea for which Ankara wants to challenge the Greek sovereignty.

“Demilitarize the islands now or we will raise the issue of sovereignty,” Cavusoglu said in an interview with state-run news agency anadolu

He claimed that Greece is violating the terms of the treaties of Lausanne (1923) and of Paris (1947) and must proceed with their denationalization.

Otherwise, he warned, the debate over their sovereignty will begin.

It is not the first time Turkey brings up this issue, however, it is the first time Ankara presented a map of the islands Ankara claims it sees a “problem” and named all fourteen. 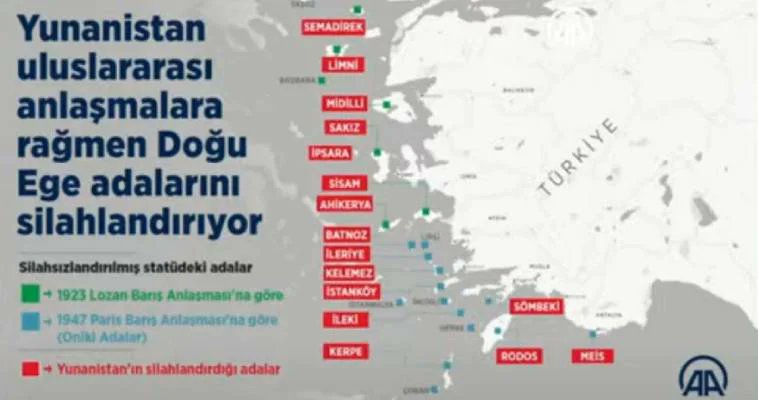 Last week Greece sent a letter to United Nations in which it refuted one by one the “unhistorical” Turkish claims regarding the demilitarization of the eastern Aegean Sea in the context of the two Treaties.

Speaking to anadolu, Cavusoglu also claimed “Greek politicians believe that they will not be satisfied with their audience if they do not attack Turkey 5-10 times a day.”

Greece is not the only target of Erdogan’s Turkey next to Finland and Sweden aspiring to join the NATO: Its Foreign Ministry summoned the ambassadors of France and Germany in Ankara to complain about recent rallies by supporters of Kurdish “PPK terror group” as the news agency reported.