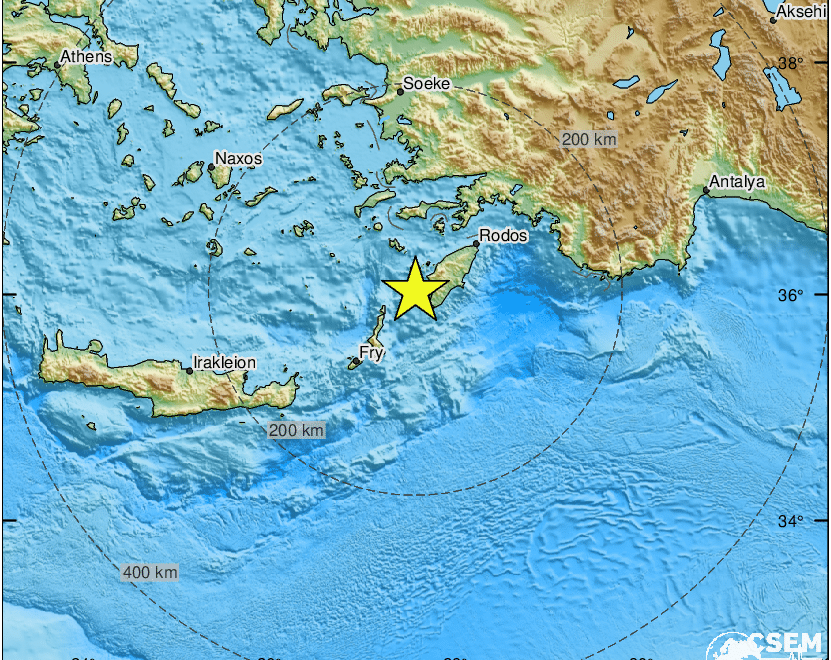 June 3, 2022 Earthquake, FEATURED, Society Comments Off on Earthquake shakes the island of Rhodes with 4.7 R 1,531 Views

An earthquake shook the island of Rhodes with a magnidute of 4.7 on the Richter scale at 6:48 early Friday evening.

The earthquake epicenter was located in the sea areas 16 km West-South-West of Katavia and its focal depth was 17.5 km.

The tremor was felt in the south of the island of Rhodes and in neighboring Halki.

Head of the Greek Earthquake Planning and Protection Organization Efthimios Lekkas told news website newsit.gr that the earthquake occurred on the fault line in the area west of Rhodes, between the islands of Halki and Karpathos.

The specific fault line has direction from North to the South, Lekkas said.

He appeared reassuring saying it was too early to say whether this was a main tremor but estimated it was the main one. 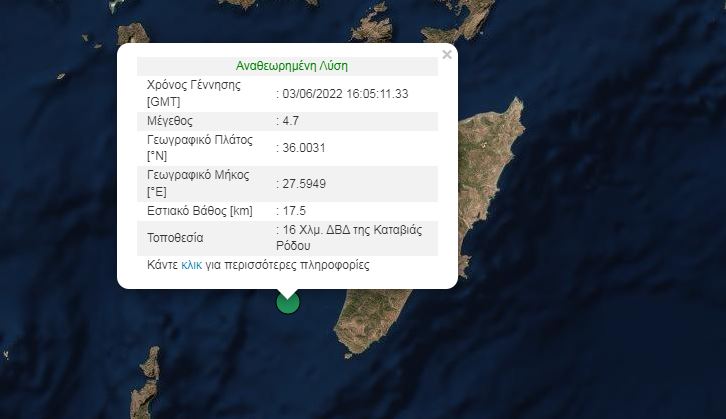 He stressed that there is no reason of concern and added that seismologists are closing monitoring the phenomenon.