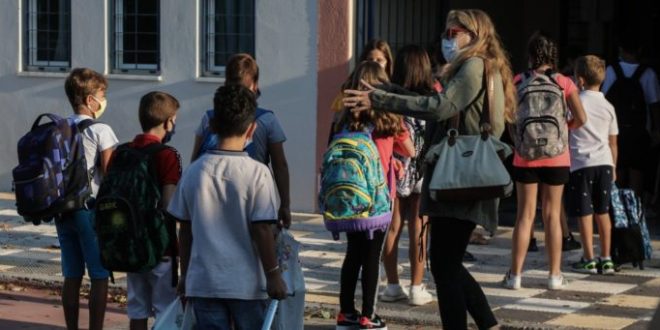 All-day kindergartens, primary schools to run until 17:30 as of September, says Education Minister

A pilot program extending all-day kindergartens and primary schools to 17:30 will go into effect as of September, Education Minister Niki Kerameus told a congress on demographics named “Demographics 2022: The great challenge” on Wednesday.

Kerameus said the pilot program is addressed to all students of these ages throughout Greece, without any qualification requirements. It aims at helping working parents and at improving the quality of studies, with an emphasis on creative arts and music, while also helping children complete their homework.

The purpose, she said, is to allow more time at home for play and interacting with family members.

Citing recent statistics, the Education minister said a drop in primary school first-graders of 16.5%-17% was recorded in the last five years, and noted that supporting families was key in dealing with the demographic issue.

One of the support measures currently includes a 2,000-euro bonus to each newborn, a subsidy that “has benefited over 200,000 children the last 2.5 years,” she said.

According to state-run news agency amna, the extension measure will initially include 50% of kindergartens and primary schools already operating on a full-time schedule, or at 5,000 units in Greece.

At the same congress a few hours earlier, Prime Minister Kyriakos Mitsotakis had announced that extension operation would be until 6 p.m. and everyvody understand it would affect all kindergardebs and primary schools.

Late in the evening state broadcaster ERT reported that goal is to extend operation hours until 6 p.m.

A total of  3,000 teachers are expected to be hired for the new scheme.

Currently all-day kindergartens and primary schools end at 4 o’ clock in the afternoon.