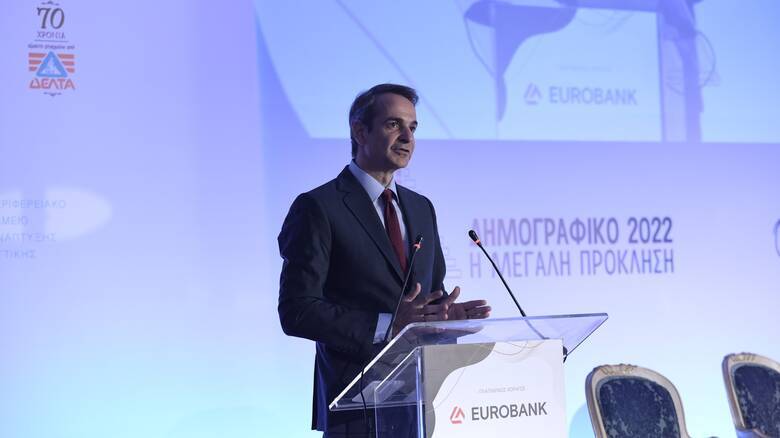 “We are not dealing with a threat to our national identity, but with a direct challenge to the country’s ability to produce wealth on an individual and collective level, thereby sustaining the social fabric that binds people together,” Mitsotakis told a conference in Athens.

“The danger is immediate and significant,” he said adding “only if we look closely at the threat can we face it.

He stressed that the government proposes a multifaceted approach to the issue from financial and fiscal incentives to reverse the braindrain, positive news about new investments to incentives for the cheap housing policy through a comprehensive program.

The PM referred to the issue of integration of legal immigrants in the Greek society in response to the problem of labor shortages in sectors such as the primary sector and construction.

Note that integration of legal immigrants was proposed in 2019 by then PM Alexis Tsipras at plenary session of the Parliament, media recall. “The right-wing of New Democracy had strongly reacted to the proposal with accusations of population alteration.”

“But beware, the new policy will not be done in a way that leaves anyone behind, that is that young Greeks will not be able to find a job, or that there are middle-age working conditions for foreign workers. A country with middle-aged population  can be renewed with people who embrace its values ​​and can start a family here and maintain it,” he stressed.

“I am not talking about an easy issue, but we must look at it with responsibility, seriousness and courage, but also with national self-confidence and confidence in a culture that has endured for centuries,” the PM underlined.

Greece’s population is expected to decline over the next 20 years while the ten-year economic crisis accentuated the problem, mainly due to the emigration of 450,000 working age people.

PS It looks as if one of the main issue for the demographic problem is the early closure of kindergartens and primary schools and that’s why the PM announced also that the operation hours will extend to 6 p.m.