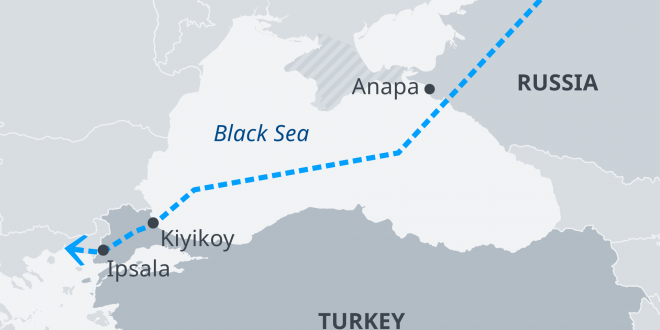 Gazprom to halt gas flow via TurkStream due to maintenance work

Russian gas giant Gazprom on Saturday announced gas shipments through the Turkstream natural gas pipeline would be halted due to routine maintenance work.

Gazprom said that the scheduled annual maintenance of TurkStream will take place between June 21 and 28, 2022..

The company said in a statement that transportation of gas via the pipeline would be suspended for this period, which had been agreed by all parties in advance.

With an annual capacity of 31.5 billion cubic meters, the TurkStream was commissioned in early 2020.

The pipeline consists of two 930-kilometer (577.88-mile) offshore lines, and two separate onshore lines that are 142 and 70 kilometers long.

The first line with a capacity of 15.75 bcm is designated for supplies to Turkey’s domestic customers, while the second carries Russian gas further to Europe through Bulgaria.