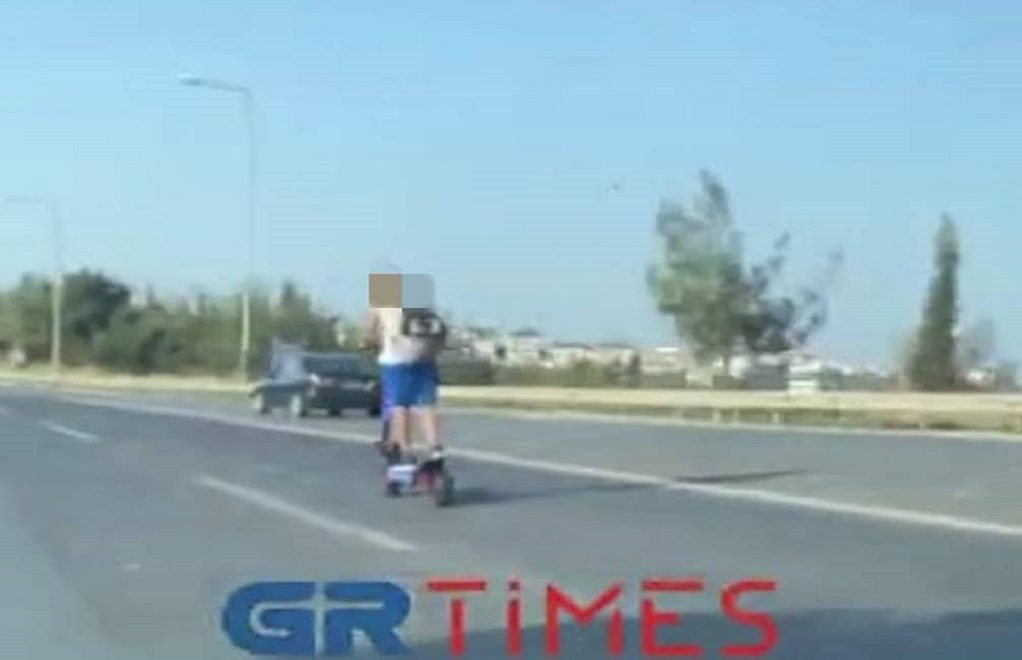 A young man in Thessaloniki proceeded with an extremely dangerous venture: he crossed the Ring Road with a skate, without wearing a helmet. He was moving in a very high speed, at about 90 km/hour, and at the same time h was making dangerous maneuvers between cars and trucks.

According to grtimes.gr that obtained the video, the other motorists on the ring were shocked to see the young man and his dangerous maneuvers, fearing an accident.

Note that the driver, who complained, was driving at 90 km/hour and was filming at the same time the bold young man.

Filming while driving is forbidden and so is skating on a highway. And with no helmet.

I guess, we have here a clear “boomers vs zoomers” generation gap situation, where both violate the traffic code and go unpunished….