Dangerous purple jellyfish, smart octopuses, sharks gone wild in Greece’s seas. Recent media reports and social media posts on various maritime issues in Greece has forced the Institute of Marine Protection “Archipelagos” to issue a press release with the aim of putting things right and to prevent citizens from reading in panic of headlines like “raids by  dangerous jellyfish”, of “sharks going wild” and of “smart octopuses that have brains on the tentacles.”

“Observing such inaccuracies to be reproduced more and more often, confusing or misleading a large percentage of our fellow citizens, we at the Archipelagos Maritime Protection Institute want to help clear up any confusion and avoid any confusion.”

Stressing the importance of sustainability in the marine environment, Archipelagos press release with the title “Jellyfish, octopuses, sharks and the ignorance of our coastal country” notes among others:

Archipelagos notes in its introduction:

“In recent days we have been watching social networks and the press flooded with posts that cause great concern to citizens due to “raids’ by dangerous’ jellyfish” and “wild sharks that appeared at beaches.” The publication by a Greek-American director – who states that he is not related to the issues of the seas – is also indicative, but it has made many wonder if octopuses have brains at their 8 tentacles and others to question whether their consumption is an anti-government attitude.

On the occasion of these latest texts that have gone viral and so many other fake news that circulate from time to time, we wonder how it is possible in Greece, where our history has been directly connected to the sea for thousands of years, to be so ignorant about everything that lives in it.”

“Observing such inaccuracies to be reproduced more and more often, confusing or misleading a large percentage of our fellow citizens, we at the Archipelagos Maritime Protection Institute want to help clear up any confusion and avoid any confusion.”

Criticizing the Greek governments for not providing adequate lessons in the school system and for not taking measures to control over-fishing, Archipelagos, that also collaborates with scientists of various specialties, notes:

“It is good to mitigate the human footprint in marine ecosystems, and to consume marine species “sustainably, after the size of the first reproduction, without abusing them alive and certainly without we present them as trophies.”

Speaking of “catching octopuses is a national Greek sports in summer,” the NGO points out:

“All serious dangers, including over-fishing, in our seas are man-made.” 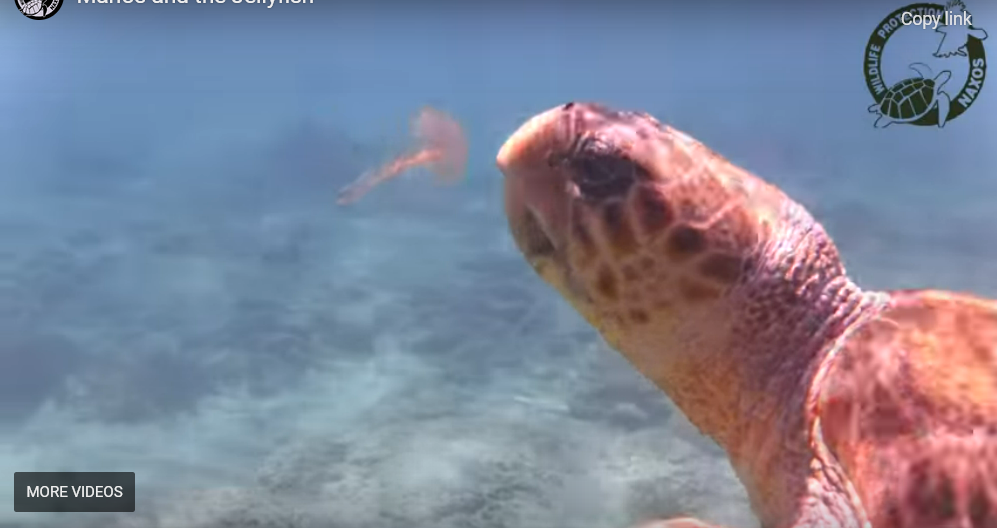 “As far as jellyfish are concerned, there is indeed an increasing trend in their populations, but the extent of the phenomenon is certainly disproportionate to the projection of the subject. Given that in Greece we systematically over-fishing fish stocks, including natural jellyfish predators, this population increase should not surprise us.

For decades, the state has insisted on no effective measures to tackle over-fishing, but also no measures for sustainable fisheries management, while at the same time contributing to the depletion of catches and marine resources as fishermen, traders or consumers. If we are interested in making things better next year, action should be taken today and that should be the subject of discussion. So instead of panicking about rising trends, let’s use them as a trigger to learn what we can do 365 days a year to mitigate our heavy footprint on marine ecosystems.” 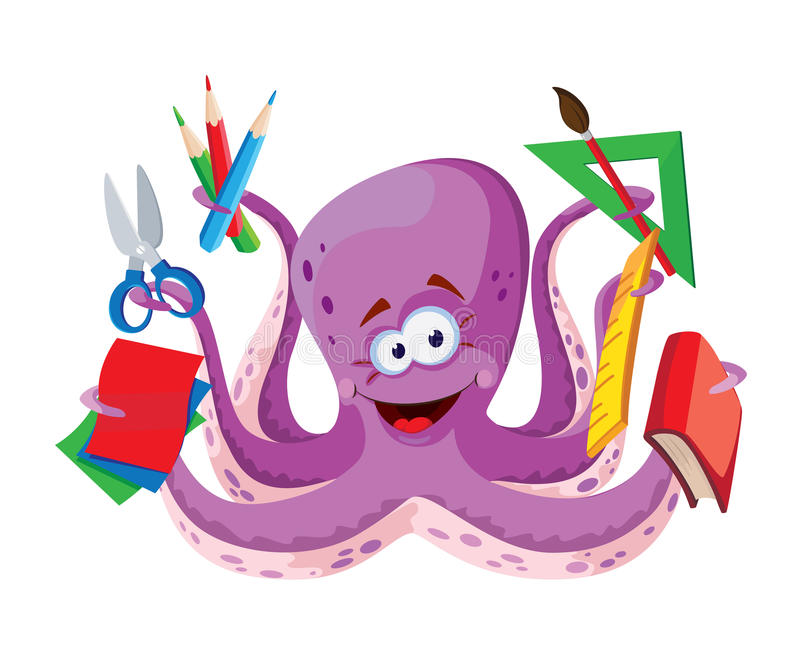 “The octopus, although contrary to the recent belief of some “does not think on its 8 tentacles”, is a very intelligent species with special characteristics, like many other animal species. But we live in a time when we have emptied our seas and stocks of octopuses, while in the summer their fishing looks like a national sport of decimation by amateurs and professionals with a prize of who will fish the last one. The question, then, is not whether or not it is moral to consume the last remaining octopuses, but to invoke reason and knowledge:

The octopus has a short life cycle of 12-15 months and if we let it reach the breeding size, each octopus fertilizes up to hundreds of thousands of eggs. It certainly does not have a brain at its tentacles (!), But one of his peculiarities is that in each tentacle there are about 40 million neurons and 200 suction cups with which it feels, tastes and smells its environment, or it moves objects. As with all species of animals, it is important to consume them sustainably, after the size of the first reproduction, without abusing them alive and certainly without exposing them as trophies.” 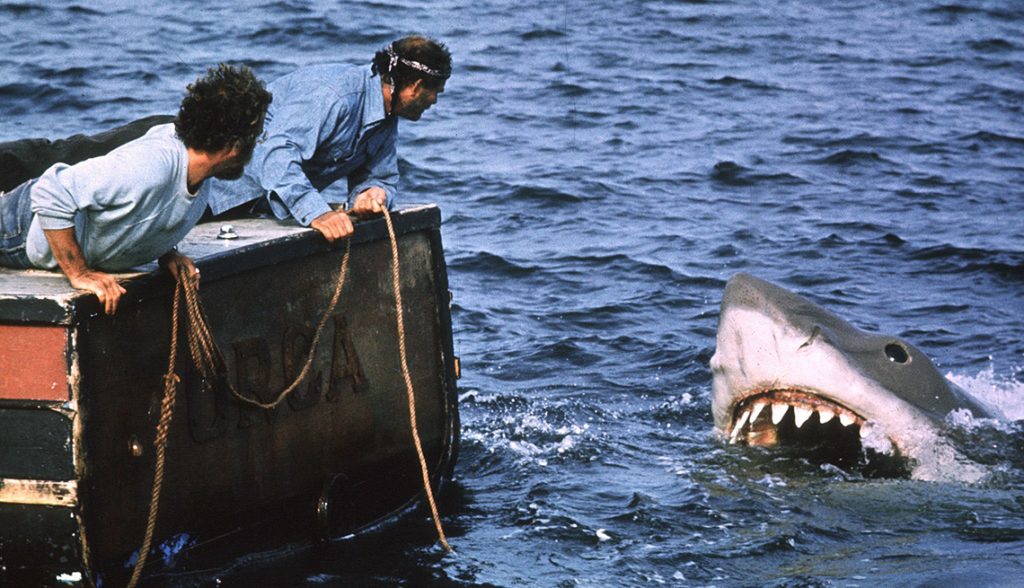 “Imaginative myths and inaccurate information exist and have been reproduced for years about sharks living in our seas. At least 88 species of sharks and rays survive here, which are also found in other seas around the world, most of which are considered protected or endangered species. Shark attacks that have been reported in Greece over a period of 2 centuries are counted on the fingers and are not even confirmed.

Therefore, it is at least pointless to frighten us. On the other hand, it is good to remember that sharks play an important role in maintaining the health of marine ecosystems and have the role of sanitizer of fish stocks, as they often feed on weak or diseased fish, which should not reach the breeding phase.”

The dangers in our seas are “man-made”

It seems that for another year we choose to forget the real dangers we all face in our seas, are mainly man-made.

According to a report by the Maritime Accident Observatory from SafeWaterSports, in a period of five years there were 1,739 deaths in the Greek seas, of which 342 only in 2021. Therefore, the important problem that should concern us almost every day at this time is not the danger or not of some marine species, but the real dangers in our seas that come from ourselves.

In a time when we recognize that our survival depends greatly on the conservation of ecosystems and the species we live together with, let’s use incidents like the above mentioned to think about why we choose ignorance. We should also wonder why we choose to leave the new generations unprepared to manage the unique, rich ecosystems that they barely know or understand so they can not even make use of for their prosperity.