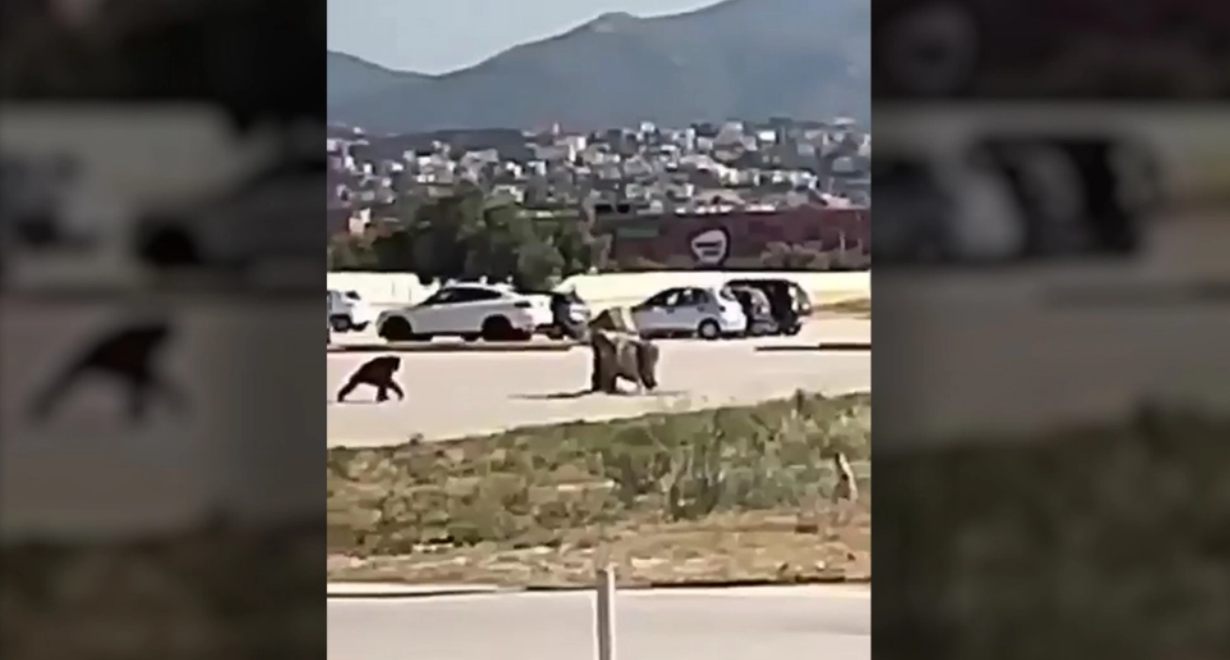 June 26, 2022 animals, FEATURED Comments Off on Outrage over killing of chimpanzee in private zoo in Attica (video) UPDATE 1,579 Views

An outrage broke out over the killing of a run-away chimpanzee from a private zoo in Attica on Saturday. Animal welfare organizations call for the shut down of Attica Zoological Park, a private zoo in the outskirts of Athens tha has often come under fire for the conditions the captured animals live in.

The chimpanzee named Bazoo was 27 years old, 1.80 meters tall and around 70 kg heavy. Ηe was the oldest of a total 9 chimpanzees in the Attica Park and was reportedly living there in the last 15 years.

According to posts on instagram by the Attica Zoo, the alpha male chimpanzee escaped from the cage after an incident with other chimpanzees.

He managed to pass an electrified fence and the ditch around the cage and exit the zoo to the parking lot.

The Park protocol for similar cases was immediately activated.

“The police were informed, the visitors were isolated and the chimpanzee, with the coordinated actions by the security staff in the presence of the veterinarians, was taken to an isolated area on the security perimeter of the Park, where it was deemed necessary to neutralize it 20 minutes later,” Attika Zoo said in a statement.

Zoo owner: “No other solution”

The private zoo claimed that due to the high adrenaline level in the animal there was no time to sedate it and therefore they killed it.

Speaking to a life-style magazine on Sunday morning, the zoo owner, Jean-Jacques Lesueur, said that anesthetics on a calm animal act in about 5-10 minutes, while in an animal with elevated adrenaline it can reach up to 20 minutes. 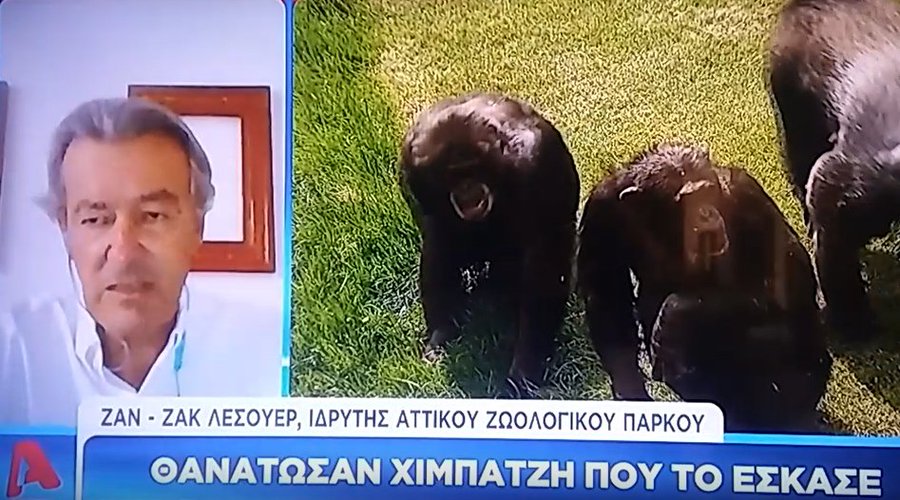 “Chimpanzees belong to the red and highest risk category, so according to the safety protocols and the risk assessment by the present and competent veterinarians, who observe the behavior of the animal, their neutralization is foreseen.”

“You cannot anesthetize an animal that is in a state of exasperation and anxiety, with high adrenaline,” the owner said further.

He added  that they “isolated the animal and monitored it for 15 minutes, we tried to put it in the park again, it did not come in, it was very worried. It was not possible to take it to a safe place. We could not restrict it, it was outside the perimeter of the park “, Mr. Lesouer explained.

Stressing that the park follows international protocols for such situations, he claimed that there was no other solution but to neutralize this animal.

“We had no contact with him when he came out, we did not see him,” Les… said and claimed that the chimpanzee was not even affected by the high voltage fence.

“He was scared. “We follow international protocols in such situations,” owner added.

However, despite the Park’s explanations about public safety, an overwhelming outrage broke out on social media both for the decision to kill the animal and not to anesthetize it, and for the operation of such places of confinement and torture of creatures in general.

Many recalled an incident in where two panthers were killed after they escaped their cage.

Animal issues website zoosos.gr, describes the Attica Zoo statement as “hypocritical” and recalls that that management had tried to hide the killing of two jaguars back in December 2018. The two animals had escaped their cages and were killed by the park guards.

The Attica Park has come under fire several times in the past especially due to the dolphins it keeps and the show they performed.

The Panhellenic Animal Welfare and Environmental Federation has called for a protest rally outside the Attica Zoological Park at 5 p.m. on Sunday.

A lawsuit and an investigation will certainly determine the circumstances under which the chimpanzee managed to exit the -apparently not secured – cage, pass through the -allegedly- electric fence unharmed and run around in the parking lot.

According to posts on relevant hashtag on Twitter, a SYRIZA MP filed a lawsuit against the Attica Park on Sunday noon.

In a letter to Attica Park owner sent on Sunday, Deputy Environment Minister Giorgos Amyras reportedly asked for the full investigation of the incident. Furthermore, he asked to be informed with documents from which countries the animals came from, the living conditions of the animals in adequate space and their interaction as a group as well as about the safe passage of visitors in case of emergencies.

In another letter to the Regional government of Attica and the Veterinary authorities he asked investigation of the incident.