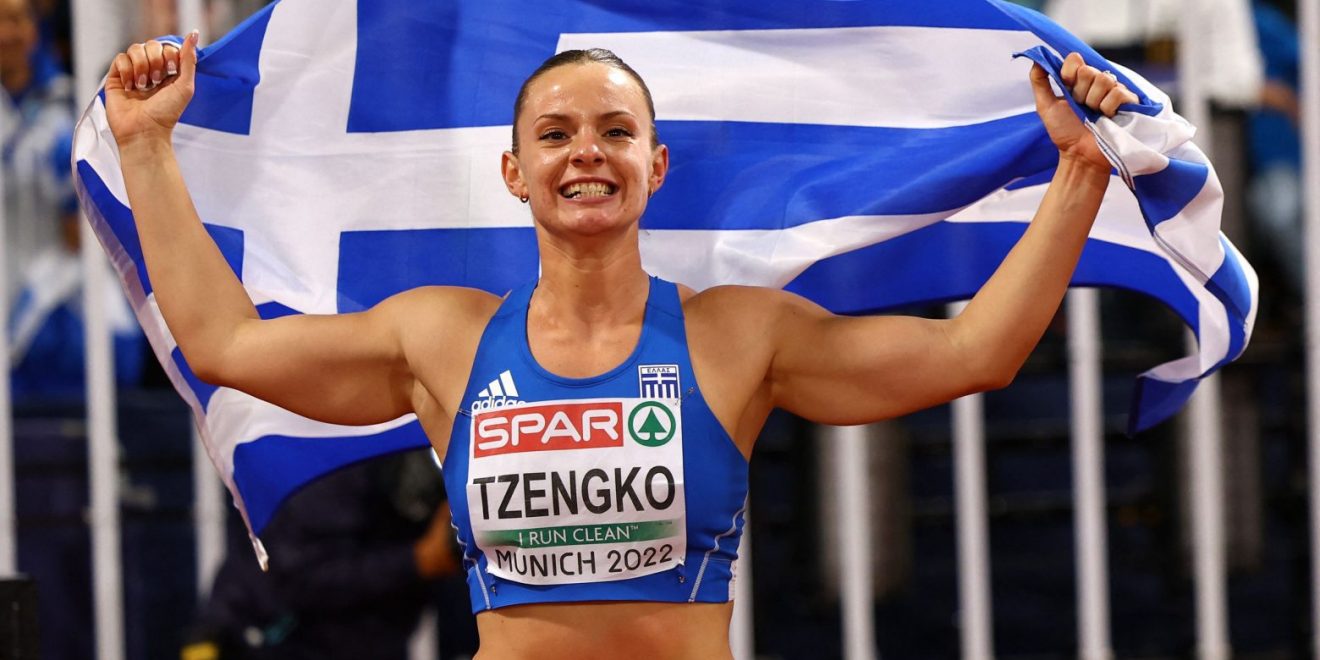 “I was training and at the last minute I wouldn’t go to a race because I didn’t have Greek citizenship.” European Javelin Champion in Munich 2022 Elina Tzengko spoke about the bitterness and the difficulties she experienced been born in Greece to Albanian parents who migrated to Greece.

With a record 65.81 m throw Elina Tzengko climbed to the highest step of the podium. However, despite her early   talent she was excluded from many races in the past. Until she obtained Greek citizenship in 2018.

“I’m very happy and I accept the love of the world, I’m trying to realize it,” 19-year-old Tzengko told ANT1 TV on Monday morning.

“I think I expected the medal, because I entered this race very prepared. I had a year with a lot of ups and downs, but I said that I don’t want my season to end like this and I entered the race and I did it,” she stressed noting also the many sacrifices required from anyone going for championship.

“I made a lot of efforts and preparation, I was getting ready and at the last minute I didn’t go to the race because I didn’t have Greek citizenship. I was born here, I grew up here, Greece is my country. I’m from Albania, my parents are from there. I have not experienced racism, the people in the village where we live have treated me well since I was a child, I was also very social”, she added.

“I also get a lot of negative messages because I come from Albania. I feel good that I’m from Albania, but I’m also Greek, I was born and raised myself,” added the javelin champion in her positive attitude despite all odds.

And these are no just bureaucracy and xenophobia. But also her training conditions.

Speaking to Alpha TV, Tzengko pointed out also that “we train in miserable facilities and nobody helps.”

Local media in northern Greece, where Tzengko lives, made a report about the sports facility where she and another 150 young and older athletes do their training in Nea Kallikratia, Halkidiki.

5×5 training ground, a disintegrated tartan: just abandoned or “bombed” in a war zone? 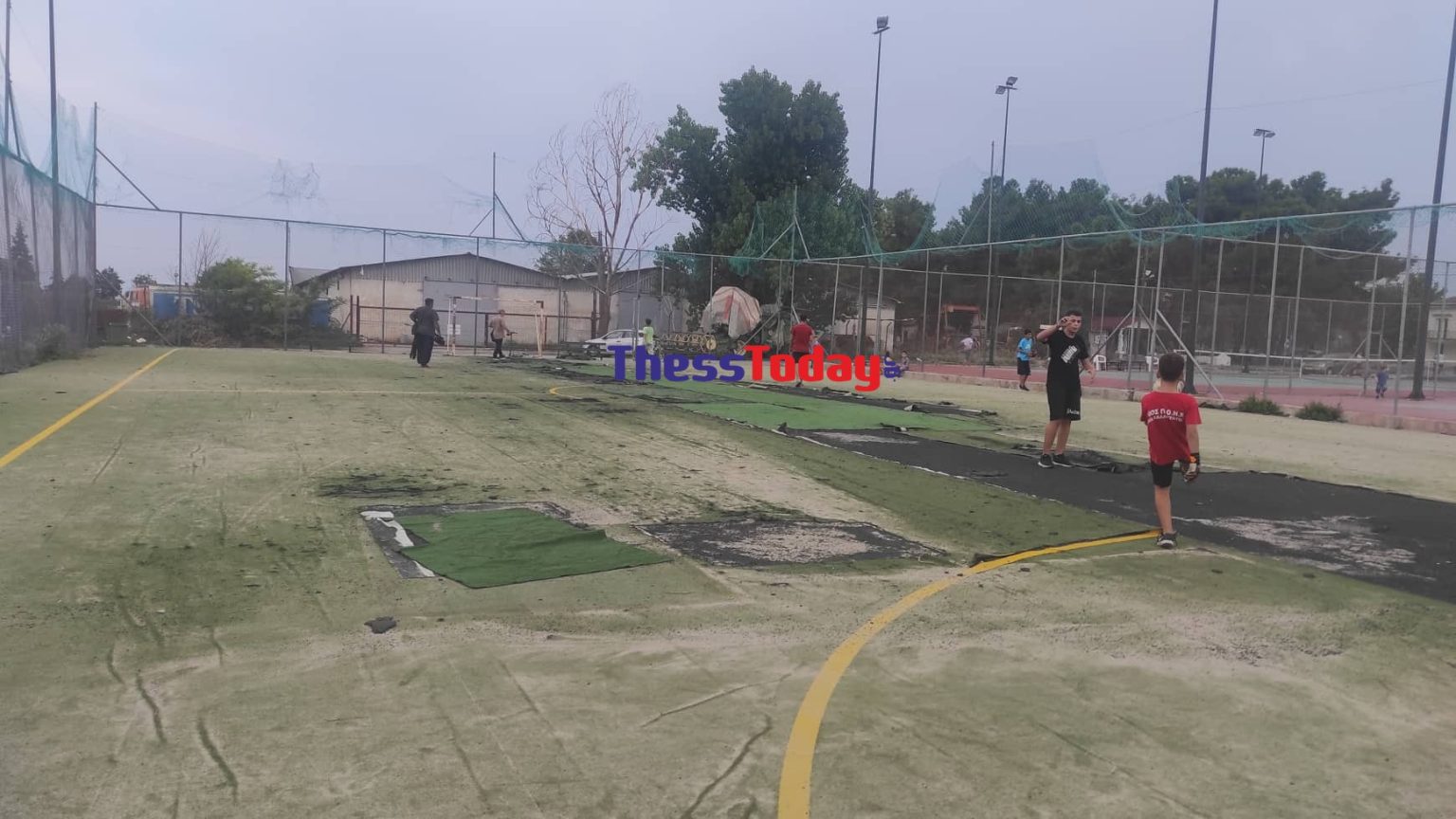 To the reporters of thesstoday.gr, Elina’s fellow athletes complained about the unacceptable conditions under which they are called upon to compete for championship.

They said that there were not a few times when Tzengko, limited to the few available meters of the sports area, threw the javelins even off the cliff.

“The javelin costs 1,000 euros and too many times because the space is not suitable, she threw towards the cliff. In other words, she didn’t have the possibility for open shots” Elina’s sister, Isabella, stressed, adding that now that throws are increasing, there is not enough space.

European champion in the Heptathlon and Elina Jengo’s teammate, Anastasia Dragomirova, stressed that there is a risk of injury from the torn tartan used by more than 150 young and old athletes every day. “We are all here trying to fight for the best regardless of the fact that the conditions are really unacceptable. It hurts us too, our souls, I mean our feet, running on concrete in torn out and substitute tartans.” 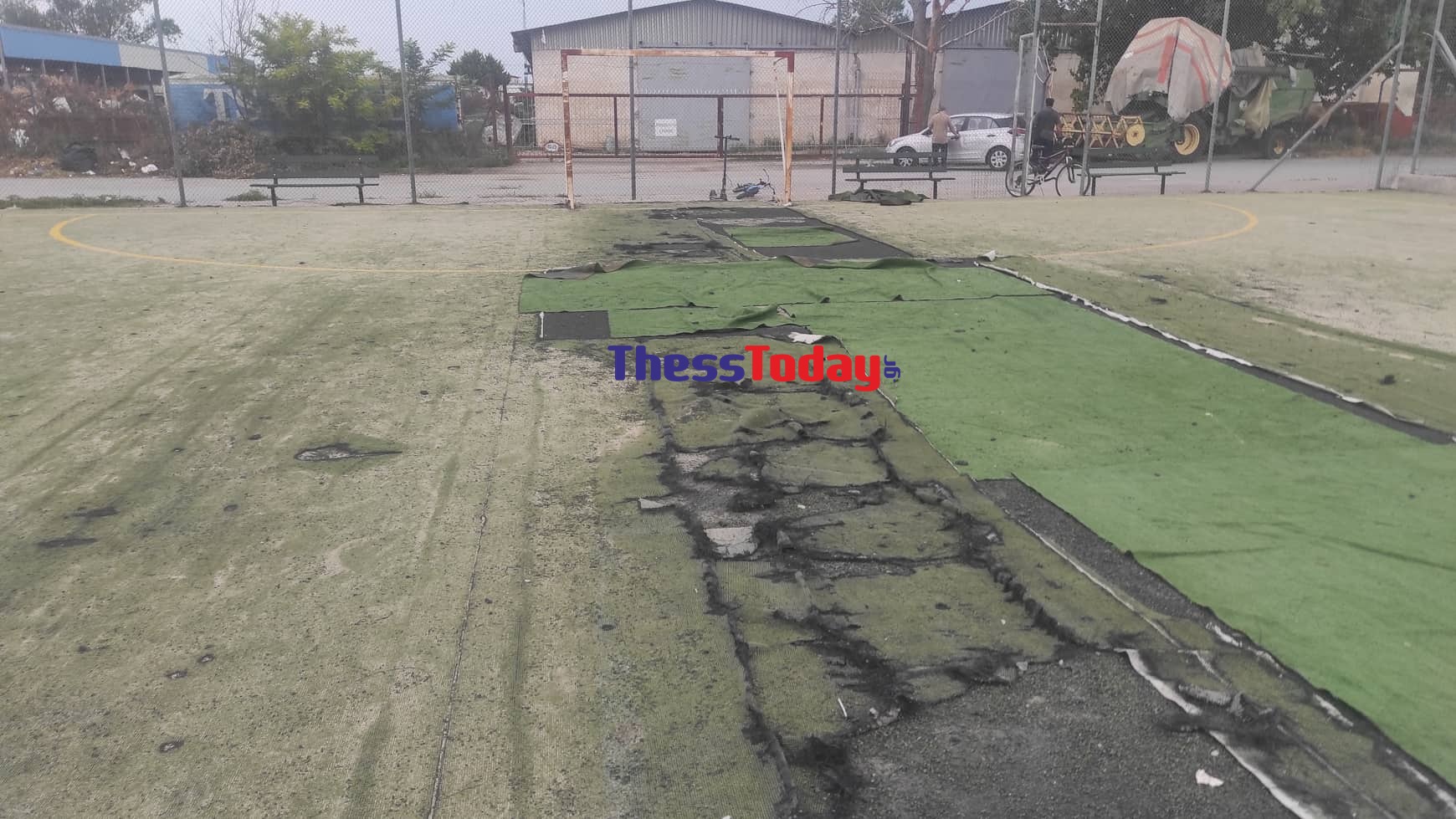 Shε noted characteristically “we have no space neither to throw nor to run. If we want to sprint we go up hills on the road and we might get run over by cars.”

“These conditions are not at our level. Things are tragic and we are constantly asking for help and support from the authorities,” stressed Odysseas Mouzenidis, European Champion 2021 with record in Men’s U18 Shot Put.

“No one has helped us, with our coaches we are making patents in order to train in a more bearable situation. We can’t continue like this, something has to change at last,” he said.

The athletes and champions point out that “even today they have not received clear answers from the local bodies about the future of the sports facilities.”

Before traveling to Munich, Elina Tzengko had to move to the Kavtanzoglio Stadium in 200 km away Thessaloniki in order to complete her preparation for the major European Championships event.

PS Never mind officials don’t care, main thing they run for the photo opportunity with the Champions… ops! I said that before on the occasion of Walker Antigoni Ntrismpioti and her two Gold Medals in Munich 2022.