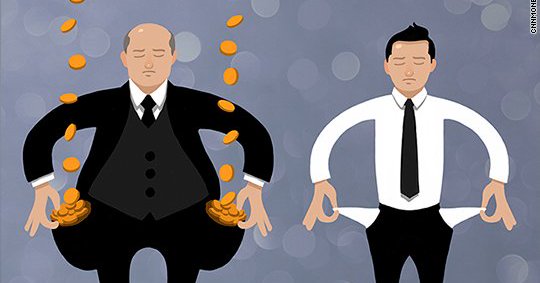 “Deterioration of living standard for quite some time is inevitable,” government spokesman Giannis Oikonomou warned Greeks on Sunday. “Citizens’ quality of life is threatened with sharp deterioration,” the spokesman said in an interview with Skai TV and an article he published at the Sunday edition of the newspaper tovima .

His warning comes a day after the Development Minister warned of “the worse winter than the one in 1942 [Greece under German Nazi occupation].

despite the government cheers of a flourishing economy and tourism revenues breaking all records.

Referring to “the upcoming difficult winter”, Oikonomou said that the government is fully aware that this winter the people’s strength will be tested.

“The crises imported from Europe are threatening our every day life and the standard of living of all the society and even more that of the most vulnerable groups. So we should seek for ways and answers in order to stand by the citizens” he said.

He noted that the government is examining ways to support the citizens without blowing up the economy.

“The energy crisis has similar characteristics with the pandemic. It is external, it is imported and was not produced here, it has significant economic repercussions as the pandemic did, so it needs economic measures and support as it happened with the pandemic”.

Oikonomou’s warnings come one day after the Development Minister urged Greeks to seek alternative ways for heating, while the government has been reassuring all summer long that it was well “shielded” against the energy crisis cheering  a flourishing economy and tourism revenues breaking all records..

Inflation stood at 11.1% in August and price hikes of 7%-10% for goods of basic needs are coming in supermarkets in September as companies have already announced.

As the EU is considering a cap on natural gas and/or electricity, an energy experts told state broadcaster ERT, that energy companies should be subsidized. In this sense… also the thumbnail picture.