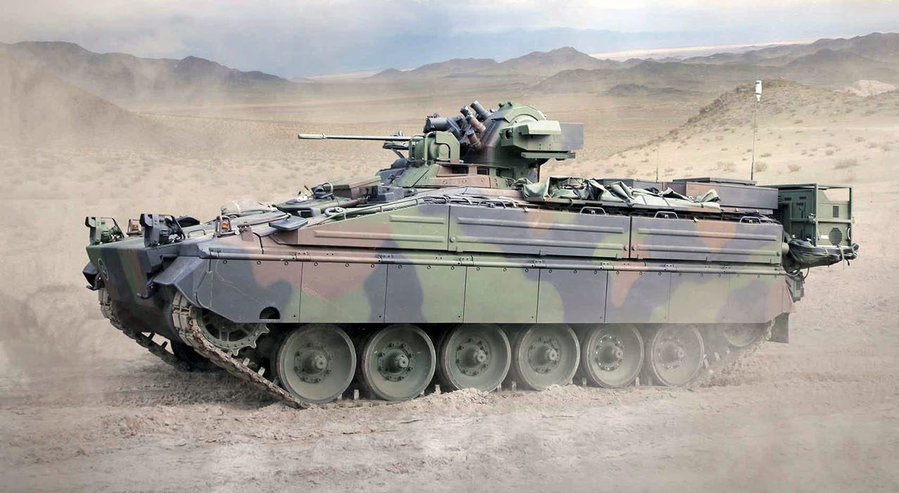 Greece’s National Defense Minister Nikos Panagiotopoulos and his German counterpart Christine Lambrecht on Friday agreed to facilitate the consignment of armored vehicles to Ukraine. The tank-swap deal provides that Greece will send 40 tanks to Ukraine and receive corresponding number by Germany

Greece will supply Ukraine with 40 Soviet-era armored BMP-1 tanks, and in return it will received 40 MARDER type tanks from Germany.

Citing the agreement between Prime Minister Kyriakos Mitsotakis and Chancellor Olaf Scholz “to support Ukraine’s defense against Russia’s ongoing aggression”, the National Defense Ministry said in a statement that the two Defense Ministers “agreed on the concessionprovision of 40 armored vehicles BMP-1 combat vehicles from Greece to Ukraine, which will be replaced by 40 MARDER armored fighting vehicles, which will be granted by Germany to Greece.”

However, according to preliminary information obtained by military issues websites Greece will most probably pay for some of the MARDER tanks.

“First information indicates that 30 out of the 40 MARDER tanks will be granted by Germany, while the remaining 10 will be paid for, together with support material and relevant literature. The payment of the still unknown amount is expected to be made in 3 installments,” noted armyvoice.gr.

The Mitsotakis-Scholz tank-swap deal was announced by German Chancellor end of May 2022 after a meeting between the two leaders.