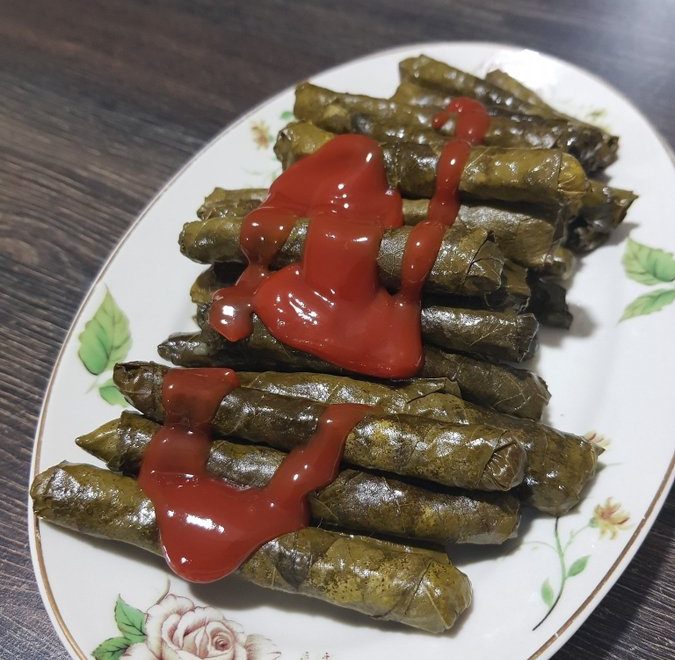 An enemy appeared out of nowhere and in a rather surprise effect united Greeks and Turks without further saying. The said enemy is red and slimy and was found on a place where it should have never been: on a plate full of stuffed wine leaves.

The enemy has one and only name: Ketchup.

ketchup on one of the most favorite dishes on the both sides of the Aegean Sea,the dolmadakia: wine leaves stuffed with rice, onions and spring onions, lots of fresh herbs, cooked in an broth of water, olive oil and lemon.

So what does this shiny and sticky red sauce is doing on dolmadakia? A true sacrilege!

The “common enemy” was spotted by Umut Acar, a Turkish diplomat, who also made a relevant post on Twitter, calling on Turks and Greeks to unite against the red enemy in sauce-form.

Despite our differences I still believe that Turks & Greeks should unite against common enemy. 😎

The majority of Greeks responded with humor, commenting stuff like “that’s pure evil”, “that’s a crime” or “Who puts Ketchup on sarma* for God’s sake!”

But others started to recall the historical Greek-Turkish animosity, Greesk recalled the 400 years of the Ottoman occupation, the division of Cyprus and this and that, while turks claimed they were occupied by the Byzantine empire and so on and so on….

I sided with the majority 🙂