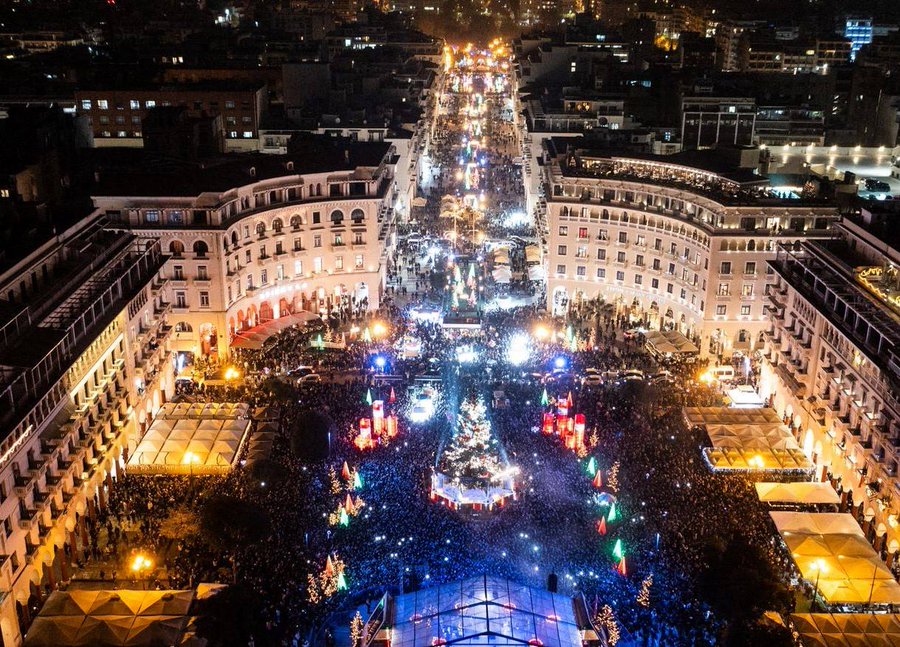 The Christmas tree in Thessaloniki ‘s main square Aristotelous was lit on Wednesday evening, thousands of people had flocked to the city center to attend the festive ceremony.

The lighting was accompanied by fireworks and a live music concert with Christmas carols and other popular songs.

The 18 meters-long tree originated from Taxiarchis area in Halkidiki peninsula.

Another 250 Christmas trees have been installed in the area form the shore to the Ancient Agora square. 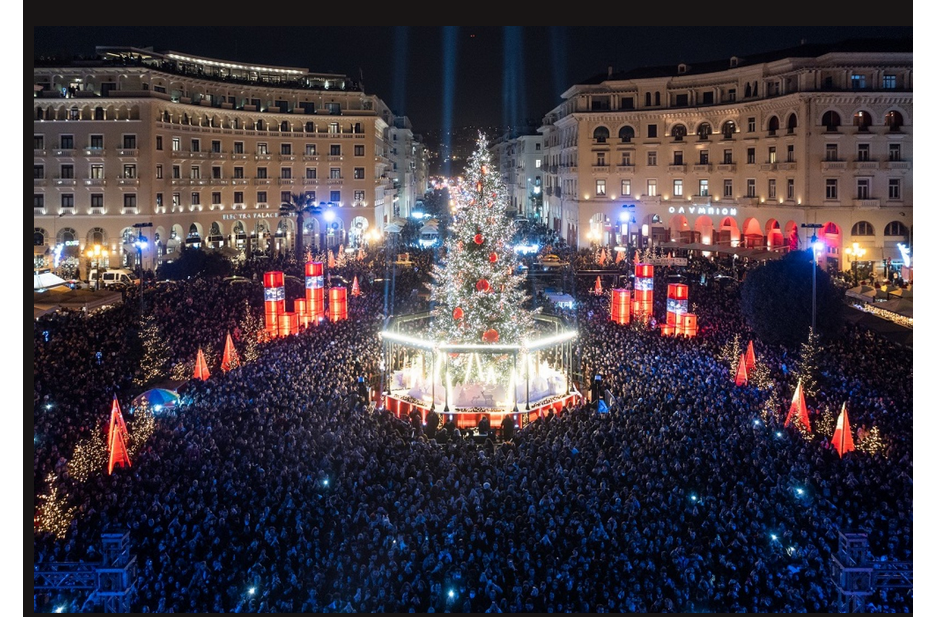 Together with the tree lighting, street and neighborhood decorative lights were also turned on.

According to local media voria.gr, a group of people raised a banner to protest the cutting of trees.