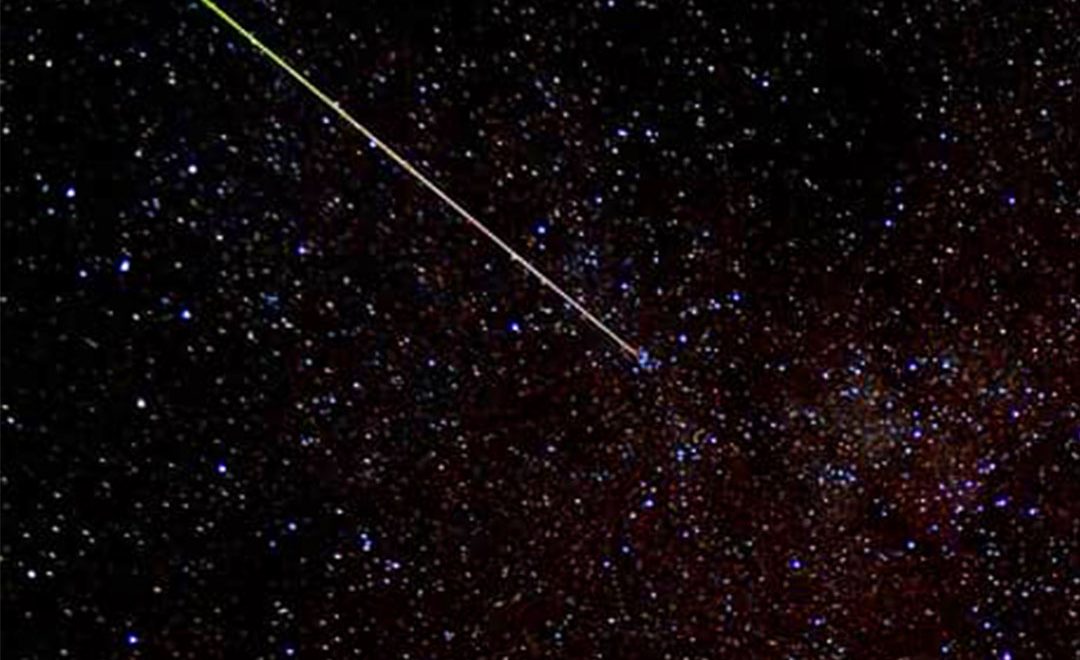 The first meteor shower of the year 2023 is here tonight. The Quadrantids meteor shower is considered as one of the most spectacular ones due to the intense nominal rate of approximately 120 meteors per hour.

The Quadrantids appear early each January with their peak being overnight on Jan 3 and 4.

The impressive meteor shower lasts only a few hours.

The first #meteorshower of the year is (nearly) here ✨.

The #Quadrantids are peaking January 3-4 with the peak period only lasting a few hours. The shower is expected to produce a nominal rate of approx. 120 #meteors per hour, so it could be quite the show! #QuadrantidsMeteors pic.twitter.com/xzhgKV3Dwe

According to space.com, at greatest activity, 60 to 120 shower members per hour should be seen.

Welcome in 2023! Kicking off the year with the #Quadrantids, set to peak in the early morning hours Jan 4th (~4h UT). A superb meteor shower if you are lucky enough to catch the exact peak! Photo: -4 mag QUA four years ago. #QuadrantidsMeteorShower #astronomy @ThePhotoHour pic.twitter.com/7tQAMNCZnT

However, the Quadrantid influx is sharply peaked: 6 hours before and after maximum, these blue meteors appear at only half of their highest rates. This means that the stream of particles is a narrow one — possibly derived relatively recently from a small comet.

Can you see shooting starts from space? Turns out, yes! The first meteor shower of the decade and we were lucky enough to catch it from the @Space_Station along with the northern lights. This is a composite image of a few of the #quadrantids as they blazed into the atmosphere. pic.twitter.com/ETdMRK1d86

Unfortunately, 2023 will not be a good year to look for the Quadrantid meteor shower. Chalk it up to poor timing.

The peak of this year’s shower according to Margaret Campbell-Brown and Peter Brown in the 2023 Observer’s Handbook of the Royal Astronomical Society of Canada, is predicted for 10 p.m. EST on Jan. 3.  But on Jan. 6, the full moon will light up the sky. That means that all through the overnight hours of Tuesday, Jan. 3, into Wednesday, Jan. 4, the sky will be lit up with brilliant moonlight; the bright waxing gibbous moon — 94% illuminated — won’t set until the break of dawn.

That moonlight will squelch all but the very brightest of meteors. This particular meteor display is at its best just before the break of dawn – about 6 a.m. local time – when the radiant of this shower, from where the meteors appear to emanate is ascending the northeastern sky.

Nevertheless, the impressive next meteor shower, the Lyrids, will brighten up the sky in the second half of April, reaching their peak on April 22-23, 2023.