Breaking News
Home / News / Economy / Greece plans to lower minimum wage down to €480, after all?

Greece plans to lower minimum wage down to €480, after all?

The statement of general secretary of Finance Ministry Giorgos Mergos that the minimum wage should be lowered set off to a fierce discussion. Many wonder, whether a further lowering was under way and whether Mergos just fired a flare to check reactions. The statements and assurances by the Labour and Finance ministries that no minimum wage reduction was planned, do not seem too convince the suspicious Greeks who heard a lot and saw even more in the last three years.

To Vima: “Mergos’ growth model has many examples in Ancient Greece. How did Athenians built the 200 trireme boats that crushed the Parsian Army? by using the same model as Mergos. In the fifth century there were 15,000 slaves in the underground passages of Lavrio. they were mining silver and contributed to growth miracle of the era.”

It’s not a secret that the so-called “Second Memorandum“, the second bailout agreement signed between the Troika and Greece exactly a year ago, mentioned this reduction in “Competitiveness” Chapter, even though quite vague. It’s not a secret either that IMF‘s Poul Thomsen and Christine Lagarde have often mentioned that the minimum wage is Greece with €580 gross and €510 gross for employees up to 25 years old, was still high and blamed it for the lack of competitiveness in Greece. While they failed to mention other important factors like huge bureaucracy, high social contributions and endless corruption. 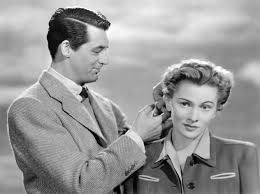 I remember very well, IMF head Lagarde bringing the examples of Croatia (€371 gross) and Portugal (€ 485 gross), when she spoke about this issue.

Officially, the minimum wage refers to a 40-hour working week and a 52-week year.

After deductions of taxes  and social security contributions, a worker gets €486 or €411 at hand.

1) employees offer wages below these caps.

2) minimum wage does not apply only to unskilled workers but to everyone who gets a new job in a sector he did not previously work.

First, we have to ask ourselves whether Croatia and Portugal are booming in investment and competitiveness by keeping labour forces  gnawing on canvas rather than bread.

Second, we have to keep in mind that every time a Greek government official fires a flares – unacceptable by the unions, the people and his colleagues – a couple of months later the flare turns into a bitter reality.

And thirdly, we have to ask: what’s the purpose of a minimum wage?

Workers having to live on this minimum wage calculate according to basic needs like housing, food, utilities and other survival real-life factors.

A living wage or subsistence wage is the minimum income necessary for a worker to meet basic needs (for an extended period of time or for a lifetime). These needs include shelter (housing) and other incidentals such as clothing and nutrition. In some nations such as the United Kingdom and Switzerland, this standard generally means that a person working forty hours a week, with no additional income, should be able to afford a specified quality or quantity of housing, food, utilities, transport, health care, and recreation, although in many cases child care, education, saving for retirement, and less commonly legal fees and insurance may cost a family more than food, utilities, transport, or health care. In addition to this definition, living wage activists further define “living wage” as the wage equivalent to the poverty line for a family of four.

The living wage differs from the minimum wage in that the latter is set by law and can fail to meet the requirements of a living wage – or is so low that borrowing or application for top-up benefits is necessary. It differs somewhat from basic needs in that the basic needs model usually measures a minimum level of consumption, without regard for the source of the income. (wikipedia)

Here is Greece, where one in four labour forces is without a job, the social state and the health care have collapsed, the average employee is haunted with a merciless taxes lashing, the heating oil prices left the majority of households to spend a winter in the cold, electricity bills cannot be afforded and prices for food items are higher than in Berlin or Paris, and nobody can claim “a descent living standard is possible with these wages” those openly or secretly planning to lower the minimum wage should answer these two questions:
1) what do they drink?
2) why don’t they share with us their secret drinking formula?
List of minimum wage by UNO country