Clashes between riot police and so-called “anti-authoritarians” erupted in Athens on Wednesday evening, when a group of antifa protesters marched towards the headquarters of extreme-right Golden Dawn in Mesogion avenue. 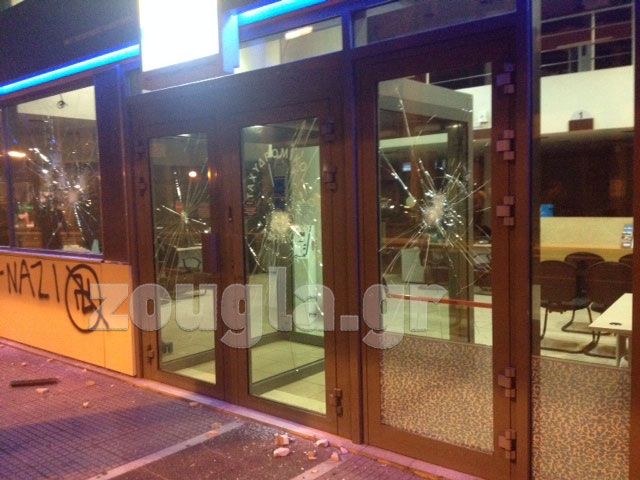 The clashes started when 2,500-3,000 people left the antifa protest outside the Greek Parliament and started marching towards the GD HQ.  The police blocked main Athens avenues to prohibit the march and the protesters started to throw stones and molotov cocktail bombs at police.

Teargas was fired, garbage bins were set on fire.

Athens Mayor Giorgos Kaminis called “all citizens to participate in the struggle against the society turning fascist and actively express their outrage at the murder of Pavlos Fyssas. ”

Leftist rapper Pavlos Fyssas was stabbed to death by Giorgos Roupakias, a member of extreme-right Golden Dawn, on September 17th in Keratsini suburb of Piraeus. Ever since the murder of Fyssas, the Ministry of Citizen Protection and the Justice Ministry has launched a hunt, collecting witnesses and GD victims testimonies – among others from former and current Golden Dawn members –  to prove that the party elected to the Parliament in June 2012 is a “criminal organization.”