The end of yogurt made from fresh milk is near. Yogurt is the next victim of OECD’s and Troika’s targets. It should not be made from fresh milk but also”from other forms of milk, like powder milk” it seems. According to Greek Federation of Rural Cooperatives (PASEGES), the Development Ministry is in consultation with the Greek Food Authority (EFET) to change the regulations for the yogurt production.

The current regulation foresees that yogurt is made from fresh milk. This is about to change, and “allow that other forms of milk, like powder milk, will be used in the yogurt production,” says the PASEGES. The president of the Federation said that “this is a blow to animal husbandry,” as yogurt producers will import cheaper milk even in form of powder.

“We will  lose the brand name in two diary products that are the locomotive of Greek exports: the feta-cheese and the Greek yogurt, the president stressed.

Apparently the Development Ministry had issued a statement deniyong that there were planned changes in the yogurt production regulations, but SEK -one of the unions of PASEGES – dismissed the ministry’s allegations saying that “SEK participates in a working group together with EFET to change these regulations.

With reference of recent changes in the fresh milk that was extended from 4 to 5 days, SEK noted that next “to dairy products companies paying now lower prices to milk producers,” there were cases when some of them have stopped buying milk from Greek producers but import from other European countries.

And I have to fully agree with the SEK.

Despite the recent OECD- and Troika-ordered changes in fresh milk and the sale of bread by the “weight” [sorry, I don’t find the link] so far neither the price for the milk nor for the bread has been lowered.

I still pay 1.24 EUR for a liter of fresh milk and 0.80 EUR for bread of unknown weight. In some bakeries, one does not even find the traditional loafs for 0.80 EUR but the cheapest I can get is a french baguette for 0.90 EUR or some “whatever” bread loafs for 1.20 EUR the cheapest.

OECD and the Greek government were hailing the “competitiveness” claiming the consumer will take profit of these “reforms”. These claims were apparently just a pretext.  Main target was and is to destroy the small and medium enterprises and open the Greek market to cheaper products from other EU countries. That’s the competitiveness they have in mind.

PS and the Greek consumer is the stupid as always… 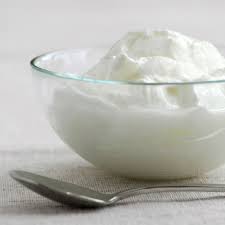