The sun of Panhellenic Socialist Movement PASOK that has ruled Greece for more than three decades is literally fading away. Crushed by the devastating rates in elections and public opinion polls, PASOK leader Evangelos Venizelos decided to give the movement a new boost by establishing a new party. Over the weekend the organizing committee convened with the participation of many PASOK members who blessed the birth of the new “Democratic Party”.

At his opening speech Venizelos said that the new party does not mean the end of PASOK but the alignment of democratic forces who belong to the center-left. “A third pole between Nea Dimokratia and SYRIZA should be established,” Venizelos stressed on Sunday. 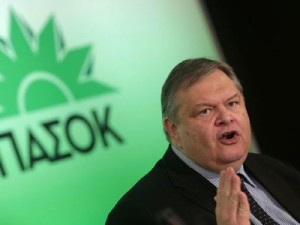 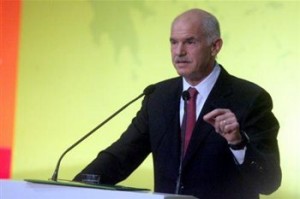 The establishing congress of Democratic Party is scheduled to be held in the first days of January 2015, while snap elections are expected to be held in March 2015, if Samaras-Venizelos coalition government will not manage to elect a new President of the Republic in February.

Neither ex party leader and former prime minister George Papandreou attended the meeting nor his supporters. PASOK member who traditionally support Papandreou have expressed their reservation and disagreement with Venizelos’ plans. This group of traditional PASOK members allegedly want a PASOK conference first a new party in the same politicla spectrum is being established.

Fact is that Venizelos and Papandreou are at odds with each other and Venizelos’ fraction would love to see Papandreou out of PASOK. But he wouldn’t leave the party his own father Andreas had established.

According to some political analysts, Venizelos will establish the Democratic Party in order to facilitate Papandreou to establish his own one, even keep the name of PASOK.

MP George Papandreou has been practically absent from the Greek political scene after the elections of 2012, touring the world and delivering thoughtful speeches in academic institutions and international fora.

that no matter how many after-PASOK parties would be established, fact is that the Greek Socialist Movement betrayed its cause and lost its identity when it brought the International Monetary Fund into the country and allied with Samaras’ right-wing party.

While Greeks are curious to see the inevitable end of a once powerful political party that determined their destinies and even lifestyle for several decades, some crucial questions still awaiting for answers:

A. Who will pay back the debts of PASOK (bank loans &  constitutions to social security institutions)amounting some 120 million euros?

B. What will happen with the party ELIA (Olive) that was formed to represent old PASOK in the European Parliament elections in May 2014?

Considering the fact that in public opinion polls PASOK gets below 5%, and the end of the economically and politically broke party is near, the main question that Greeks want to be answered is “A”!

PS No, George Michael & Elton John are NOT PASOK, but they were political prophets….

don’t let the sun go down on me yayah… lalala… 🙂