There is certainly something wrong with the bailout and strict austerity program imposed by the creditors on Greece, so far. Government spending has been constantly decreasing but the debt/GDP ratio remains high. In fact it is higher than before the bailout in 2010… 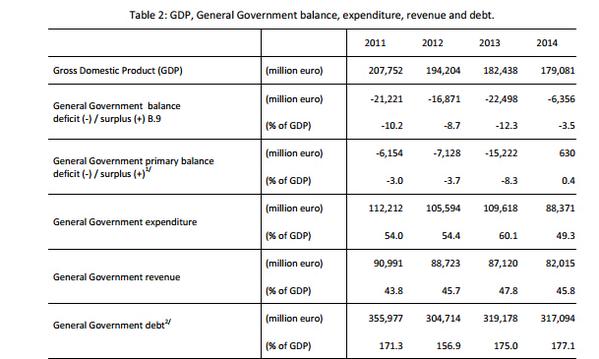 PS something wrong with austerity program? I don’t believe it!!!