Was the third suicide bomber in the Stade de France the same person that was registered as refugee in Greece on October 3rd? On Sunday, French police published a picture of a suspect suicide bomber in connection with the Paris attacks. The French are seeking information about the suspect thus without revealing any name. 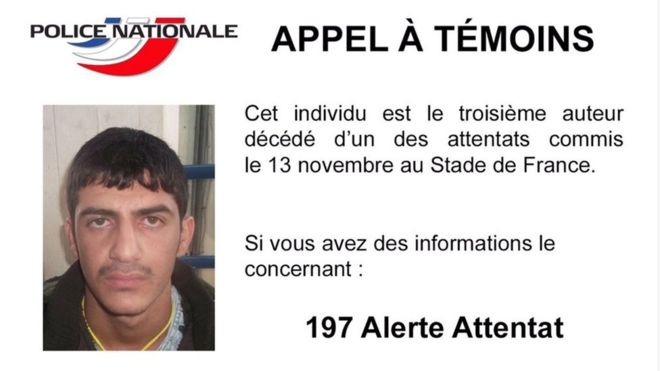 However, the BBC understands that the picture shows the same man who traveled under the name of M. al-Mahmod and entered Greece via the island of Leros.

“French police have not named the man in the latest appeal for information.

But the BBC’s Ed Thomas has matched the image released by French police with a photo on the arrival papers at Leros.

Our correspondent says the two men bought ferry tickets to leave Leros to continue their journey through Europe with Syrian refugees.

He was with Ahmad al-Mohammed, a fellow Stade de France attacker.

According to French authorities, at least one of the suicide bombers had passed through the island of Leros.

Proto Thema had revealed that two suspects had bought tickets to travel from Leros to the port of Piraeus. 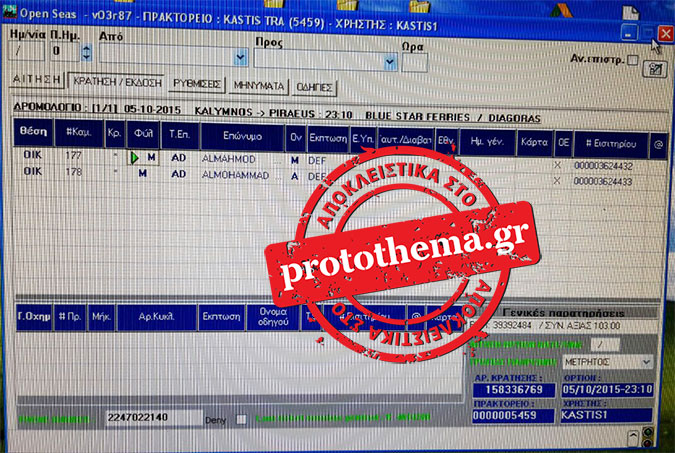 Greek Minister for Migration Yiannis Mouzalas had confirmed that one of the suspect suicide bombers was registered on the Greek island.