I have the feeling that everybody (Tusk, EU leaders, Institutions) is suffering from total confusion and is neither willing nor able to deal with the Refugee crisis and find sustainable solutions. They shake hands and pose for family photos and then go back to their countries proud of having stroke a deal that will benefit first of all their own interests and political survival and then the refugees fleeing war, death and persecution.

European Council President Donald Tusk said yesterday that with the EU-Turkey deal “the days of irregular migration to Europe are over.”

That’s what it is all about: verbal bubbles to comfort voters in own countries. This morning,  3 boats full of refugees arrived at Lesvos – probably Tusk’s message had not reached them in time.

For example, yesterday the United Nations congratulated German Chancellor Angela Merkel on the EU-Turkey deal, today the UN says that “Syrian refugee may find themselves back to war zones.”

UN’s High Commissioner for Refugees, Grandi said that he is very concerned that a hasty EU deal with Turkey could leave Syrian refugees unprotected and at risk of being sent back to a war zone, and argued that

“As a first reaction I am deeply concerned about any arrangement that would involve the blanket return of anyone from one country to another, without spelling out the refugee protection safeguards under international law.”

According to UNHCR, “The collective expulsion of foreigners is prohibited under the European convention of human rights,” but European Commission President Jean-Claude Juncker insisted that sending refugees back to Turkey was legal and in line with the Geneva convention. And he threw the ball to Greece’s court: As Greece had decided Turkey was “a safe country”, he said, the returns policy was legal.

I don’t know where Juncker found this written… but the Human Rights Watch has quite some reservations about Turkey being a “safe country” for refugees and asylum seekers according to 1951 Geneva Convention as there is lack of transparency and fears that the refugees will end up in war zones again.

In an effort to twist reality and serve own interests, thus throwing the ball to each other’s court, there is quite some confusion over countries of origin and whether the people arriving to EU from Turkey are refugees & asylum seekers or just economic migrants.

The countries of origin of refugees create headaches to Europeans who claim the majority of them are “economic migrants”. But according to data  data obtained by UNHCR, some 93% of arrivals in Europe are running away from war/extremism in Syria, Iraq, Afghanistan.

Greece announced yesterday that there is a total of 33,320 refugees with 8,000 of them in Idomeni at the border to FYROM. However, the masses of people do not remain in one place. They move. Today they are in Athens, tomorrow in the North. For the last couple of days, Greek media speak of 13,000 or even of more than 14,000 people in Idomeni. Tuesday afternoon, Medicins Sans Frontiers estimated the people at Idomeni at 15,000 people, while yesterday they were apparently 13,000. 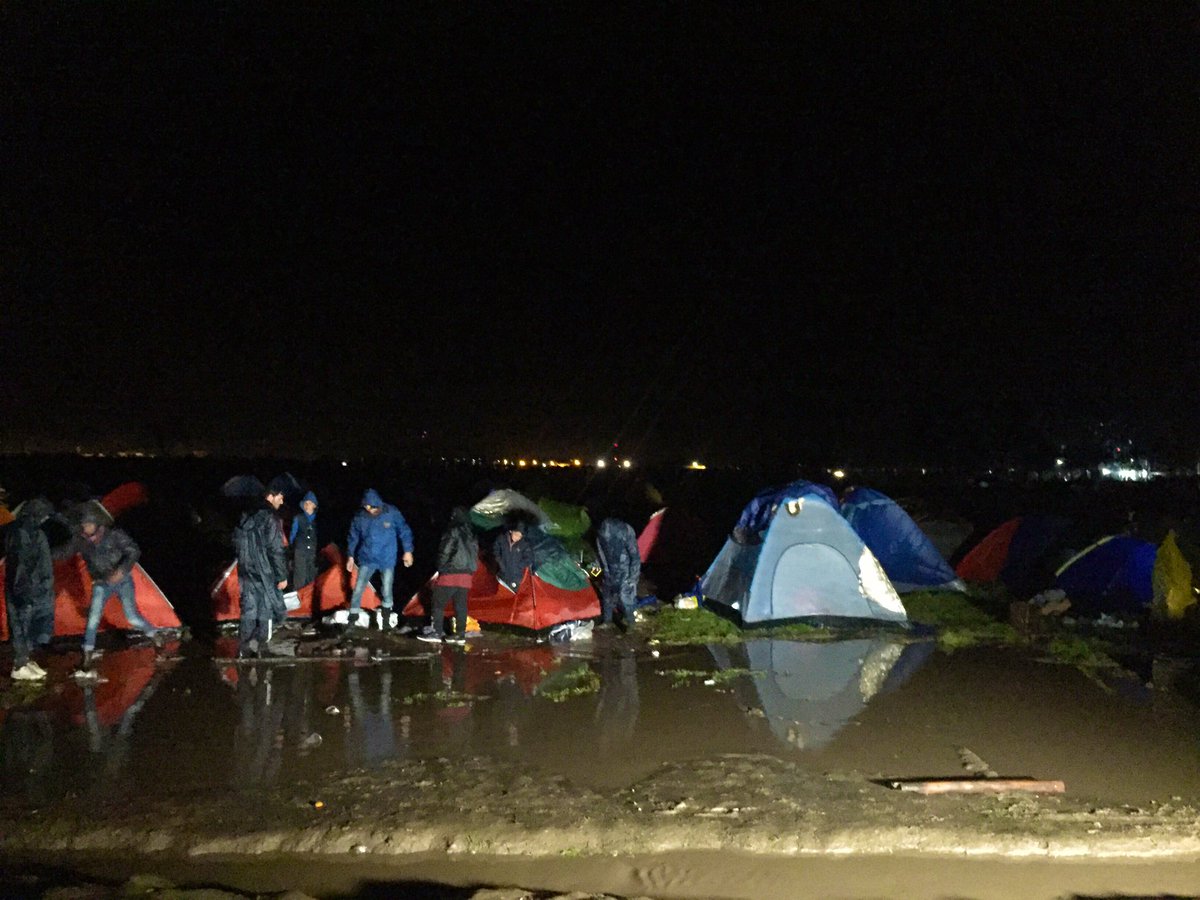 Idomeni camp – Numbers don’t matter… Thousands of men, women and many, many children froze last night, when heavy rain poured for hours soaking their light tents, their clothes, their souls. 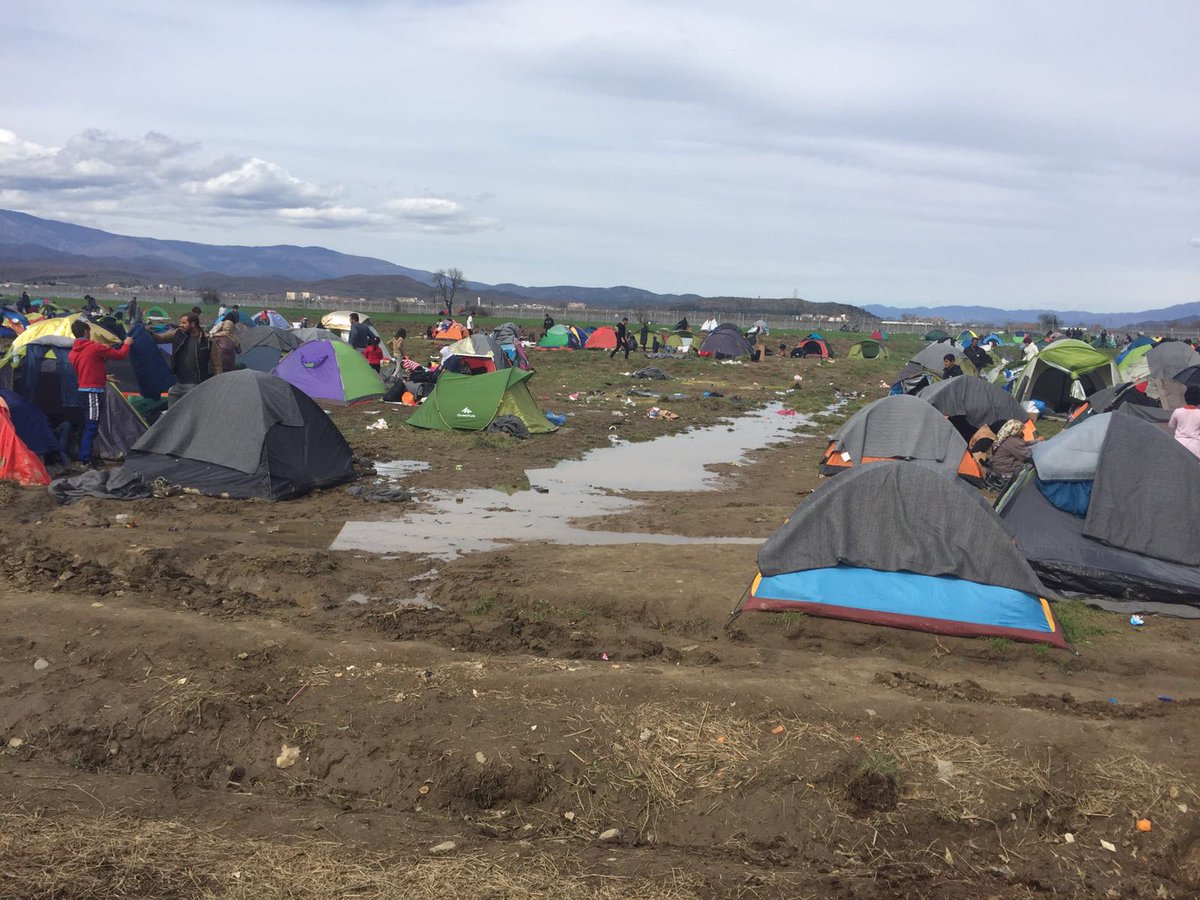 The only real number seems to be that from the 160,000 refugees who were supposed to have been relocated among the EU countries only 660 had left Greece between Nov 2015-Feb 2016 – and another 100 (?) two days ago for Portugal and France.

The only certain thing I can say is that the ball of responsibility keeps jumping from Ping to Pong and vice versa.

PS I just learned that the game is not Ping Pong but Dodgeball : a game in which players on two teams try to throw balls at each other while avoiding being hit themselves.