A touristic boat and a speed boat collided south-west off the the island of Aegina on Tuesday noon. According to preliminary reports, three passengers died and four others were injured, while a search and rescue operation continues. According to latest information, among the dead is a 2-year-old child. 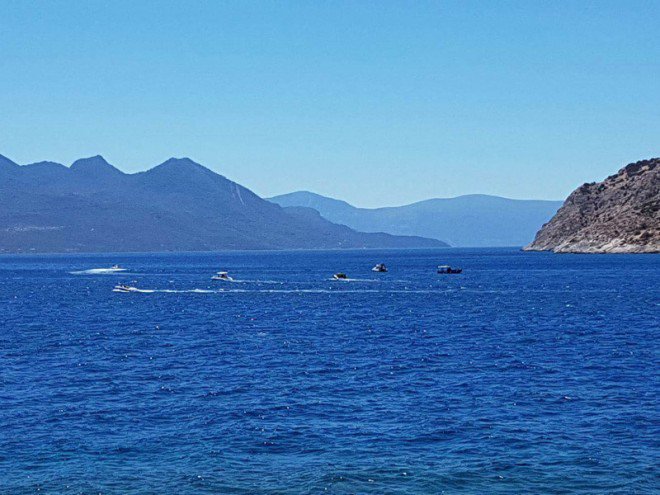 The accident occurred around one o’ clock noon time, when a touristic boat with some 20 passengers was sailing from the village of Perdika to the nearby islet of Moni. For unknown reasons, a speed boat rammed the tourist vessel practically cutting it into two. The tourist boat capsized, all passengers fell into the sea.

Three vessels of the Greek Coast Guard, several fishing boats and other speed boats rushed to the accident spot to help.

According to the Coast Guard, 3 people are dead, four injured – two of them in serious condition. “Among the injured is a two-year-old child,” Mega TV reported. All other passengers reportedly well and safe.

Citing eye witnesses, media report that there is no sign of the speed boat claiming that it sunk immediately. Another eyewitness said that he was waiting with other people to embark for Moni when “we heard about the accident. We rushed to help them. It was a tragedy. Some were drowned, some had passed out. We threw them life vests, we took them out, we tried to revive them. Nothing… Tragic.”

According to latets information, dead are:

First pictures from the accident via defencenet.gr

Some media speak of 10 injured

The injured have been transferred to the health Center of the island, a Sikorsky helicopter is stand by to transfer those in need of further treatment to Greek capital Athens.

Many of the tourist boat passengers have suffered a shock

The speed boat was 8-meter long and was moving in full speed.

The driver of the speed boat and a further passenger were been reportedly arrested. The driver seems to claim that he did not understand how the accident happened and that he “didn’t see anything.”

The number of dead has risen to 4: the tourist boat pilot, a 2-eayr-old child, two men. One of the men was found by divers at a depth of 20m.

Number of injured is given as 15 – four of them have been transferred to General Hospital of Nikaia in Piraeus. A 29-year-old woman had to undergo ambutation. among hte injured is a 16-year-old.

Two of the injured are in critical condition: a man suffering from respiratory problems and a woman that may undergo ambutation.

Number of rescued is 21

SAR is ongoing due to possible missing persons

The speed boat driver has been arrested by local police. the 78-year-old claims he did not realize anything. He undergoes medical examination. Three more people were on the speed boat.

A woman lost both her child and her husband in the tragic accident. According to some media, she said that the child went up in the air during the accident, the father tried to catch it and that both jumped into the sea. The woman, a Russian national married to a Greek, is under medical observance, she has suffered a shock.

There is confusion about the age of the child – a girl -with some media claiming it was 2 years old, others claiming  “five” and some “nine”.

The nationalities of the victims have not been released yet.

It is not clear, if there are missing passengers.

The big question is: how could neither the driver nor the other speed boat passengers see that they were heading directly to the touristic boat.

Aegina is a favorite destination for local and foreign tourists near the city of Athens. many tourists had gone there over the long weekend due to 15-August holiday. 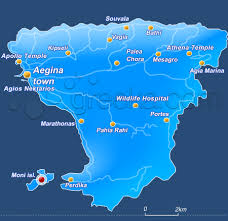 The islet of Moni is famous for its beach and many tourist sail over for a day excursion and a swim. Moni can be reached with a 10-minute boat trip from Perdika.

Winds at the time of the accident were blowing from north-west with 3.5-4 Beaufort.

The SAR continues, a helicopter is monitoring the area.

Post will be updated as soon as more information available….