Archaeologists have discovered the remains of a skeleton in the famous Antikythera wreck  from the 2nd quarter of the 1st century BC.. In the underwater expedition conducted between August 28th and September 14th 2016 by the Department of Underwater Antiquities and American Oceanographic Institute Woods Hole, the scientists recovered a skull and several long and smaller bones. 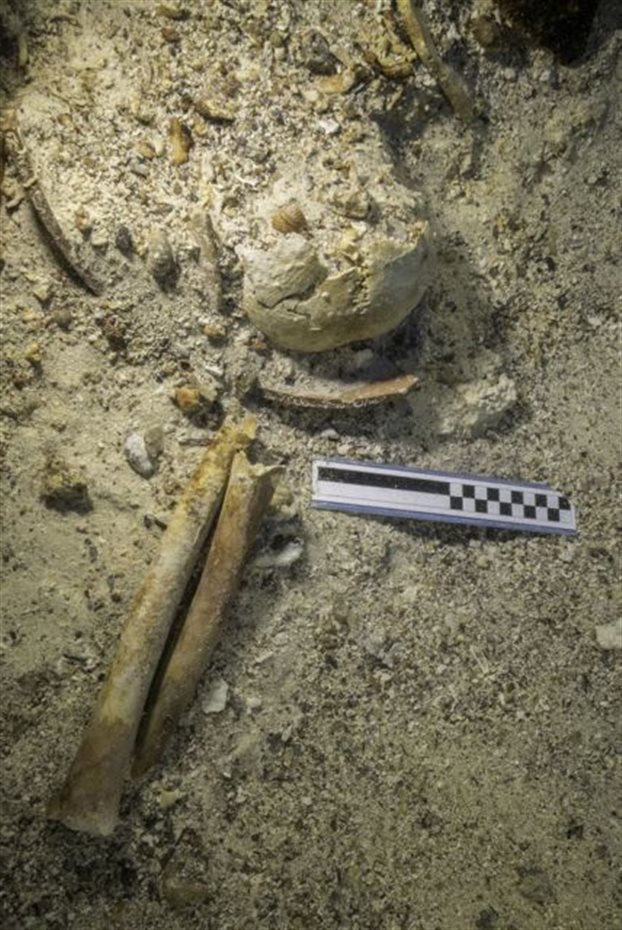 Bones from at least four different people have been already recovered from the shipwreck during excavations in the years 1990 – 1901 and 1976. The position of the bones and their position with the other findings reveal that the wreck was violent.

Anthropological and genetic analyses are expected to give information about the gender and the age of the dead and also gain knowledge about their lifestyle.