An Afghan man arrested on suspicion of the rape and murder of a young woman in Freiburg, south-west Germany, had already been convicted of attempted murder of another young woman in Greece.  Media reports say that Greek authorities have matched the fingerprints of the suspect in Germany with those of the convicted migrant in Greece.

The 19-year-old Afghan migrant has been accused of murdering 19-year-old medical student Maria Ladenburger in Freiburg, in October 2016. 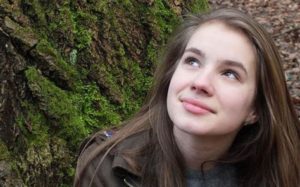 Maria, daughter of a senior European Union official, was allegedly raped and killed after leaving a student party. The young woman was also a volunteer for a refugee charity.

In both countries, the suspect had declared he was an unaccompanied minor migrant. He had claimed to be 17 years old when he was arrested by Greek authorities over the attempted murder of a 20-year-old student in 2013. When he arrived in Germany two years later he claimed that he was 16 years old.

On the island of Corfu, he had robbed a woman, 20, and pushed her over an eight-metre cliff. The woman was walking home. It was only because his victim was an experienced mountaineer that she survived with serious injuries.

In 2014, a Greek court sentenced him to 10 years behind bars but he was released on 31 October 2015 from the Greek prison after 18 months due to controversial Paraskevopoulos Law aiming to relief the country’s overcrowded prisons. The suspect was supposed to register at a police station, however, he disappeared short after his release.

He arrived in Germany in 2015 claiming he was coming from Austria. Apparently neither his fingerprints nor other suspicious data about him were in the Eurodac registration system for refugees and migrants. He applied for asylum and was brought into a facility for unaccompanied minors. He was registered in November 2015 as Hussein K, 16 years old. He lived for some time in foster care of a German family.

After his arrest, German authorities followed his traces back in time and clues started to strengthen about his past. German magazine STERN was the first to report about the possibility Hussein K was the same person in Freiburg and Corfu.

Pictures of suspect Hussein K. started to circulate on the internet. 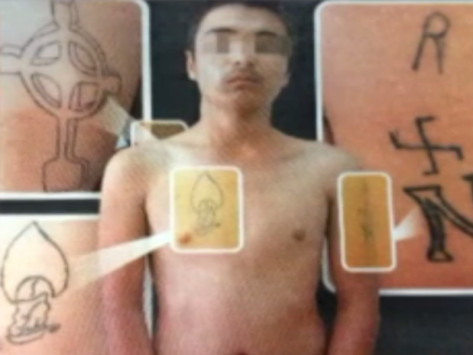 Among his tattoos is also a swastika!

A Greek lawyer alleged that the man suspected of killing Maria in Freiburg had also tried to kill a young woman in Corfu.

Lawyer Maria-Eleni Nikopoulou was able to identify the Freiburg suspect, Hussein K, from photos. “Yes that’s the young man I defended in 2013. I have no doubt,” she told Germany’s DPA news agency.

Speaking to a Greek news program, the lawyer confirmed the identification based on pictures however with “some reservation.”