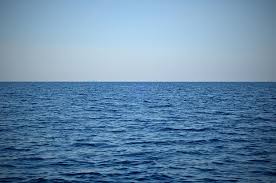 At the behest of the EU Greece is to install a “coastal surveillance system covering the whole sea border between Greece and Turkey.”  The latest report from the Hellenic delegation to the Council of the European Union on “serious” deficiencies in the application of the Schengen acquis envisages the construction of a: “National Integrated Maritime Surveillance System (NIMSS)”:

The project is now out for the drawing up of technical specifications but:

“Due to the massive participation of economic operators and the complexity of the project, a 47 days extension has been granted (till 17/02/2017). The technical specifications will be drafted till the end of April 2017 and uploaded for comments on the e-procurement website. The technical specifications are expected to be finalized by mid-2017. The tender should be then published in the third quarter of 2017…

the tendering procedure will last about 1,5 year, and the contract is planned to be signed by the end of 2018. The installation of the surveillance stations should then start progressively from the North-eastern Aegean region early 2019.” [pages 10-11]

The boars available to the Hellenic Coastguard is also set to expanded with 4 new Patrol Boats over 20 meters rising to 10 but:

“the contractor has bankrupted and is not able to fulfill its obligations under the contract signed.”

Finally two over 30 meter Coastal Patrol Vessels are on order for the end of 2018 and mid-2020 but the “real operational need” is for 4 boats.