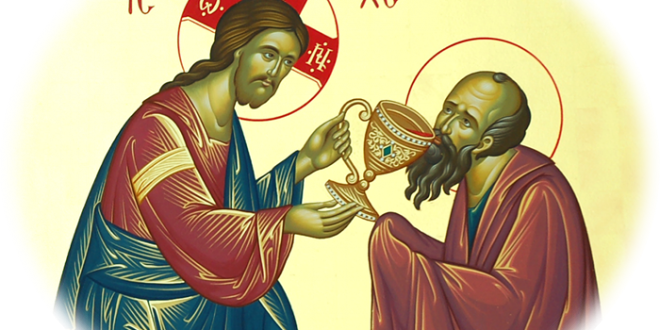 Man stabs priest for refusing to give Holy Communion to son

An unprecedented incident took place in Kleidi village in Imathia prefecture in Northern Greece, when a man and his son attacked and injured a local priest. According to local media, the incident occurred after priest refused to give the holy communion to a 23-year-old man.

Towards the end of the liturgy on Holy Friday, the priest at the Church of Assumption refused to give the Holy communion to the young man, a village resident.

Together with this father, 69, the young man waited for the priest in the church yard.

When the priest set foot out of the church for home, the two first verbally attacked and insulted him. When the quarrel got physical, the 23-year-old pulled out a knife and injured the priest in the palm of one hand. Moreover, the attackers stole the priest’s mobile phone and fled.

The 53-year-old priest went to a local health center and had his wound treated. later he went to a police station and denounced the incident. What local media report is based on the priest’s testimony.

However, according to locals, reason for the unpleasant incident were some economic differences between the priest and the family of the alleged perpetrators.

Police arrested the perpetrators, charged have been raised, the two will be taken to the prosecutor of Veroia.