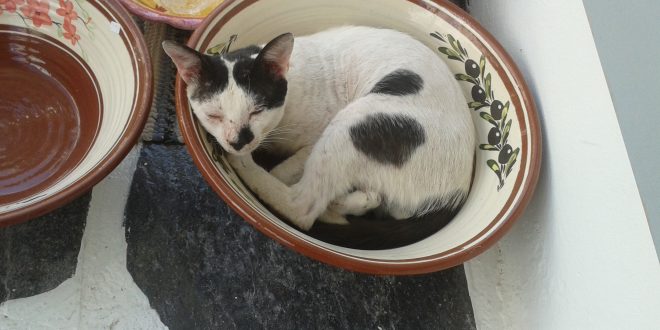 The Purrfect Entrepreneurs of Antiparos – Cats in the Aegean (pictures)

They are everywhere on the island. Except at the beach – and this is for the obvious reasons: the beach is too sandy and too salty. They work day and night with the purrpose to offer the best services to tourists who flock from all over the world to enjoy the sun and the sea in a small island in the Aegean Sea. Cats in the Aegean Sea. The purrfect entrepreneurs of Antiparos. 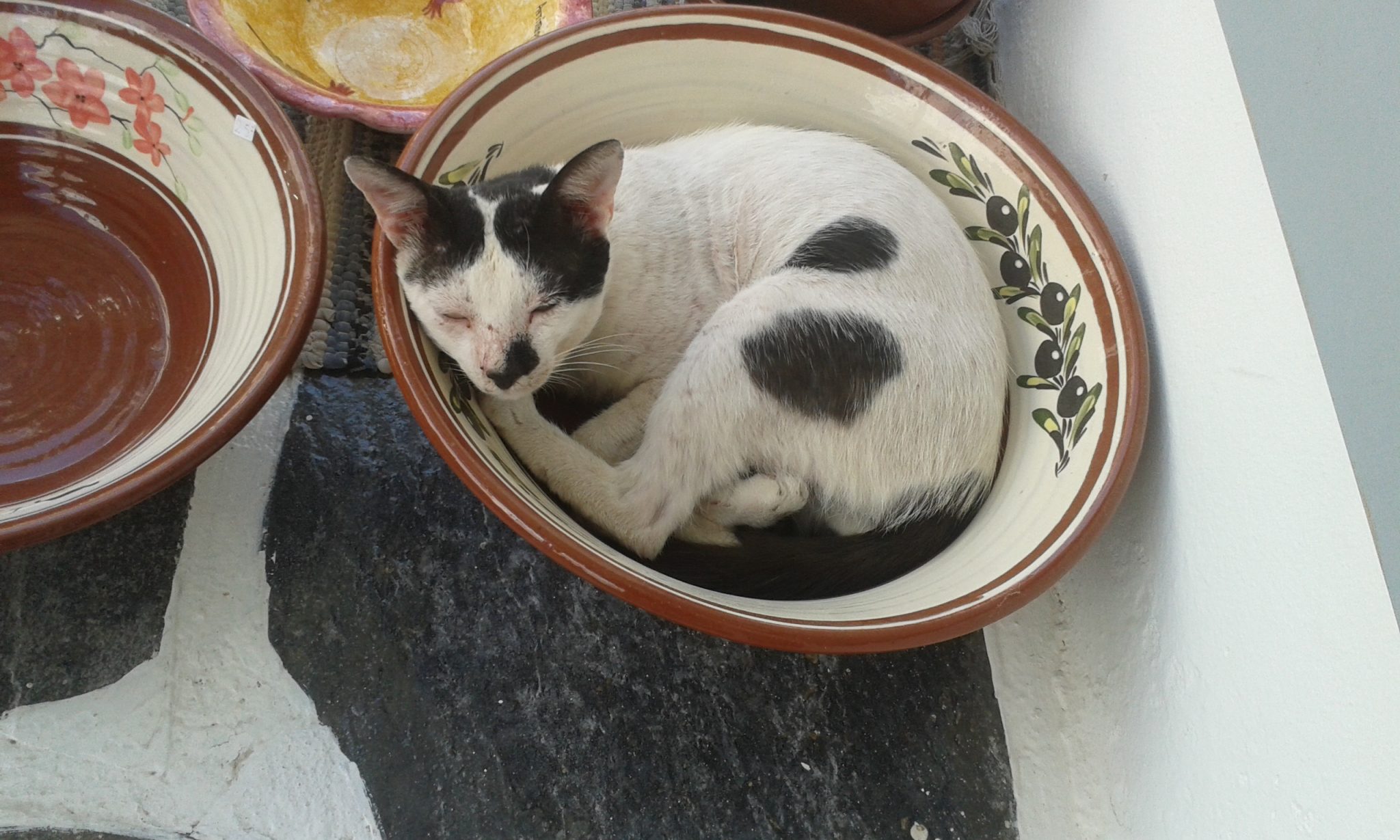 Despina has invented the famous paw-made pottery. She uses all four paws to create amazing  bowls, mugs and plates. The fine decoration is paw-made. Of purrse! 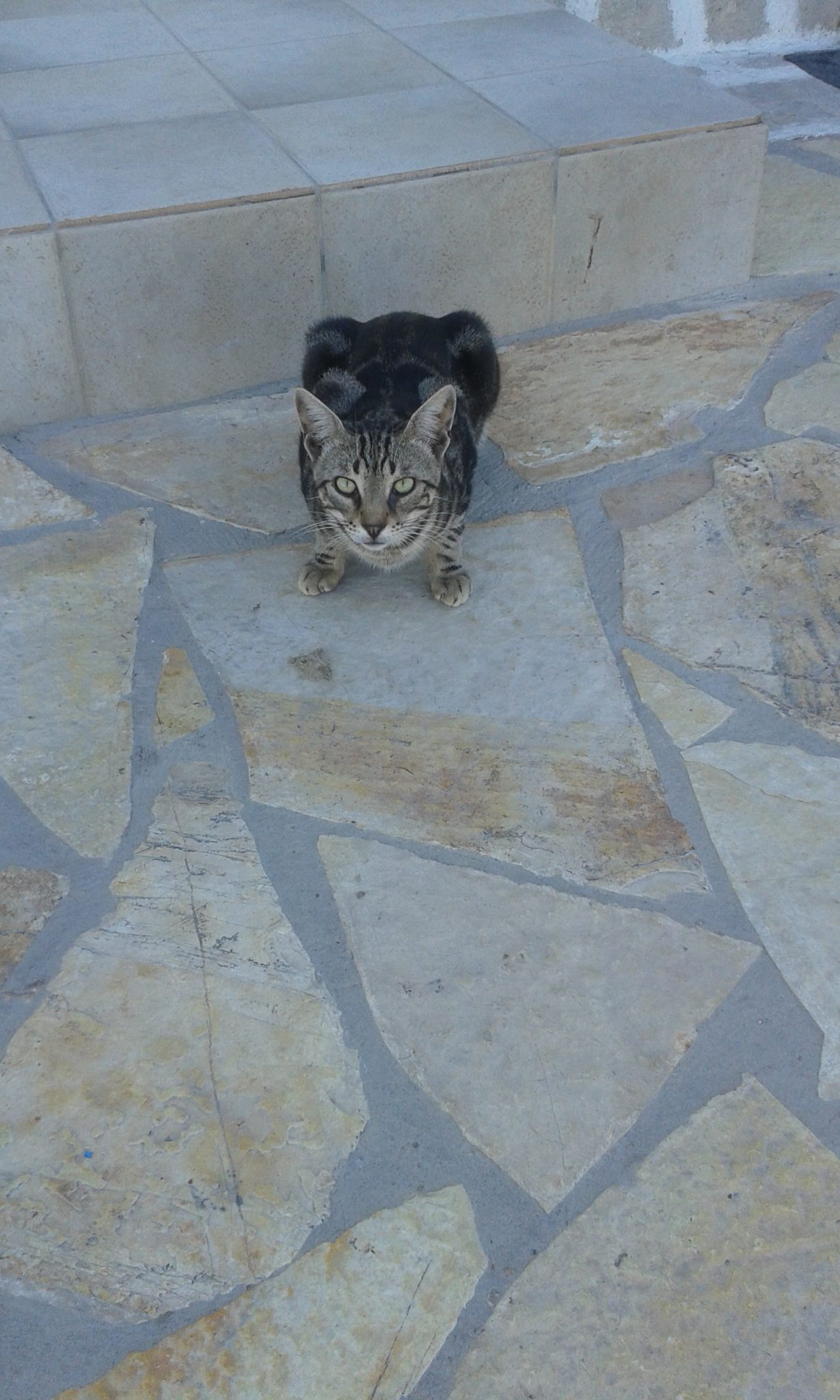 Kyria Maria rents rooms to Greek visitors and foreign tourists. She accepts booking via the internet. But she still loves  doing business the old-fashioned way: she goes to the port when the little boat arrives from Paros and holds a paw-written sign saying “Purrs To Let”. 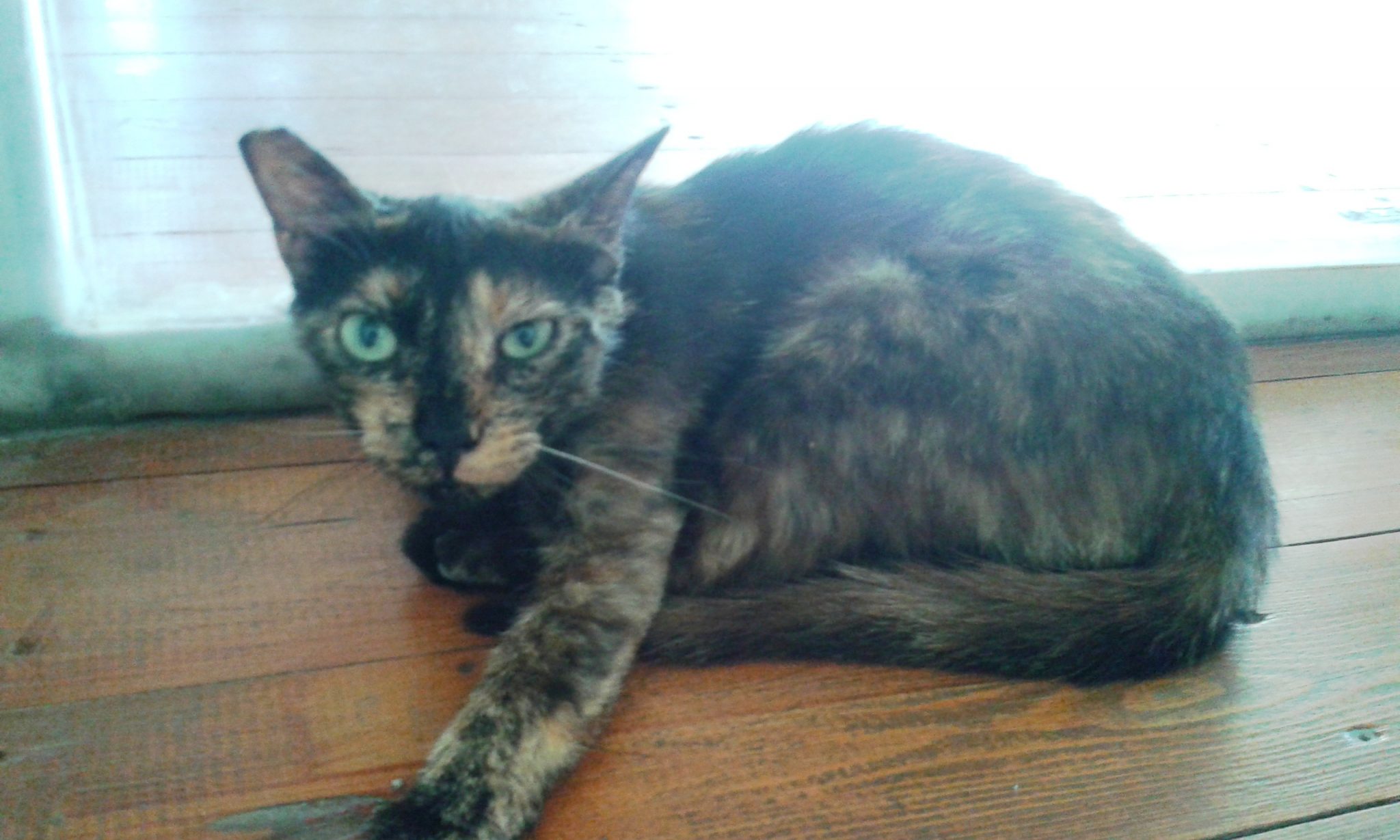 Young Anna works in her father’s bar at the port. She is fit in preparing ice cold coffee and fancy drinks. She makes the purrfect Aperol Spritz. 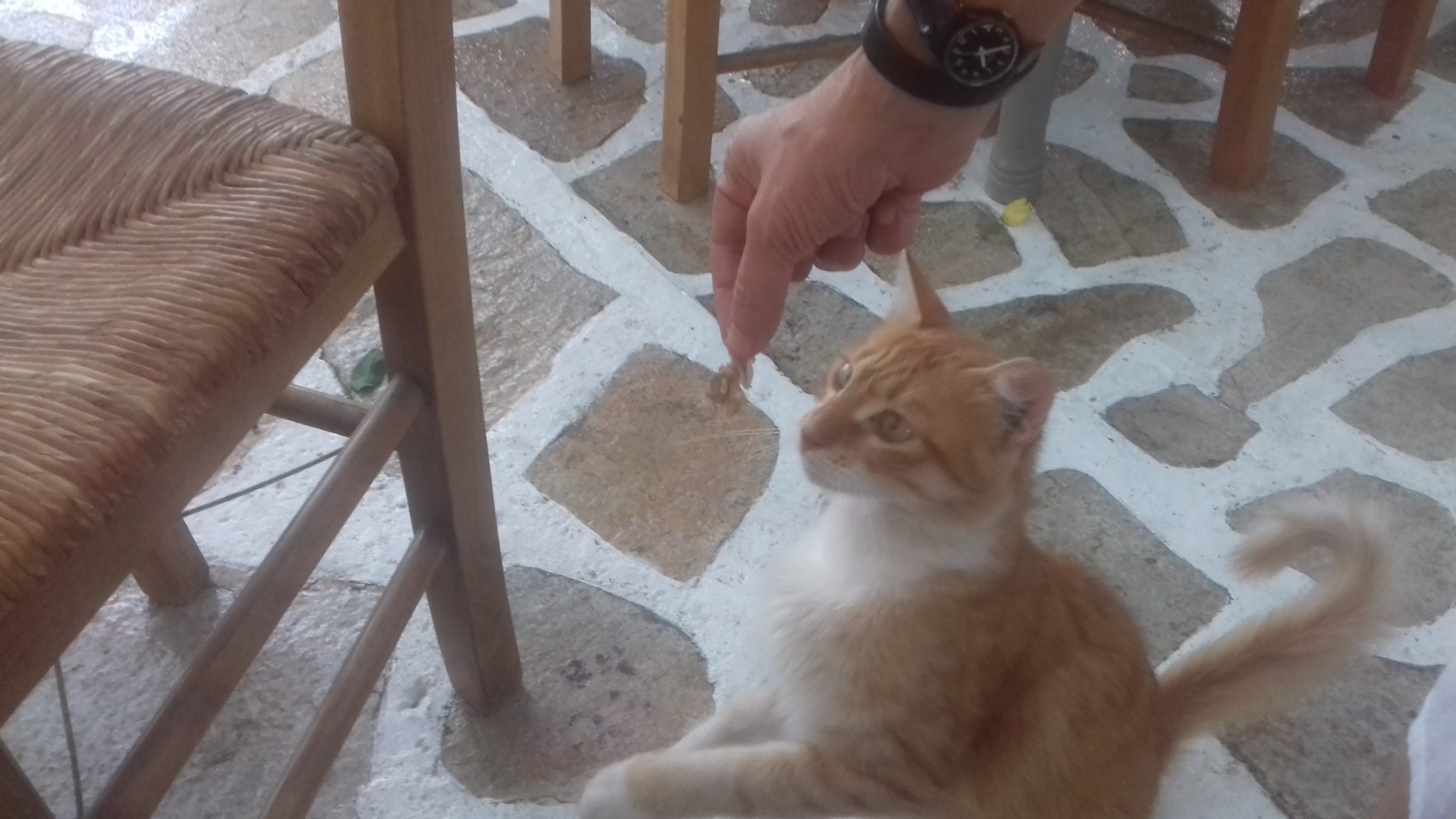 Antonis has a start-up. He offers quality tasting to the local tavernas. He always works paws-on. Here he is seen how he hypnotizes a delicious bite of fried calamari. 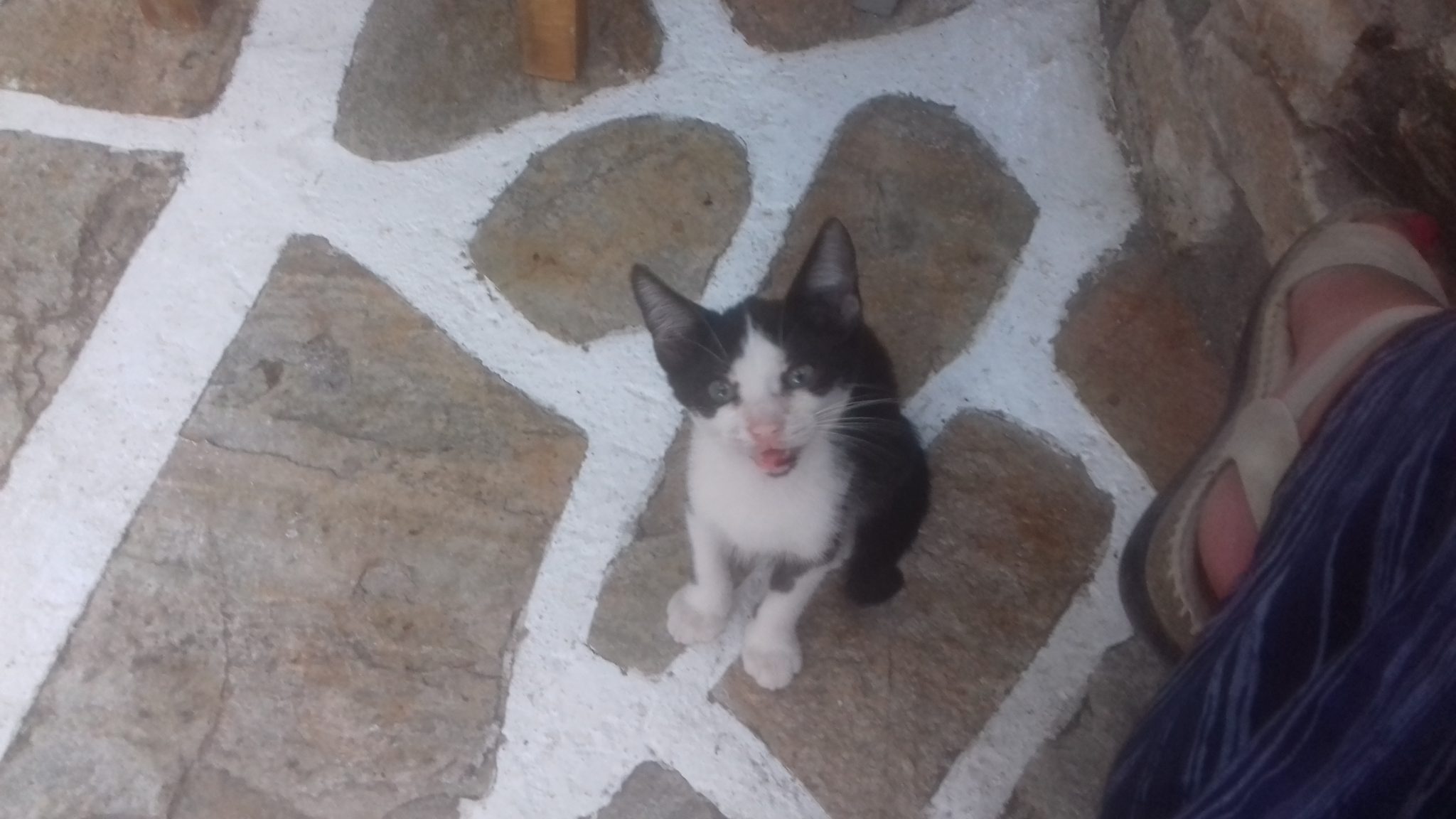 Paris got his first job as seasonal worker at his parents restaurant. His dream is to open the purrfect sushi bar of Antiparos and the whole Aegean Sea. 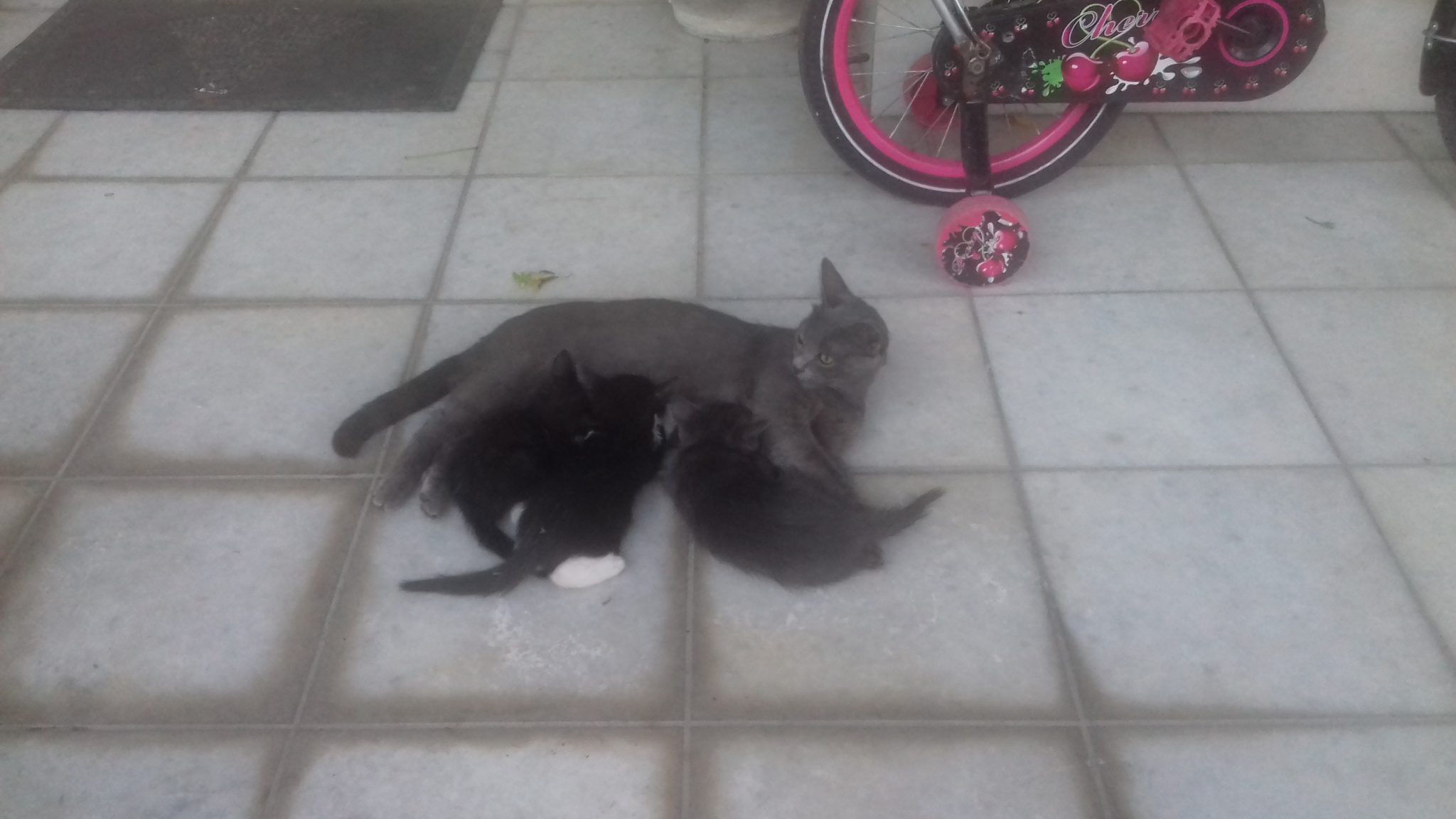 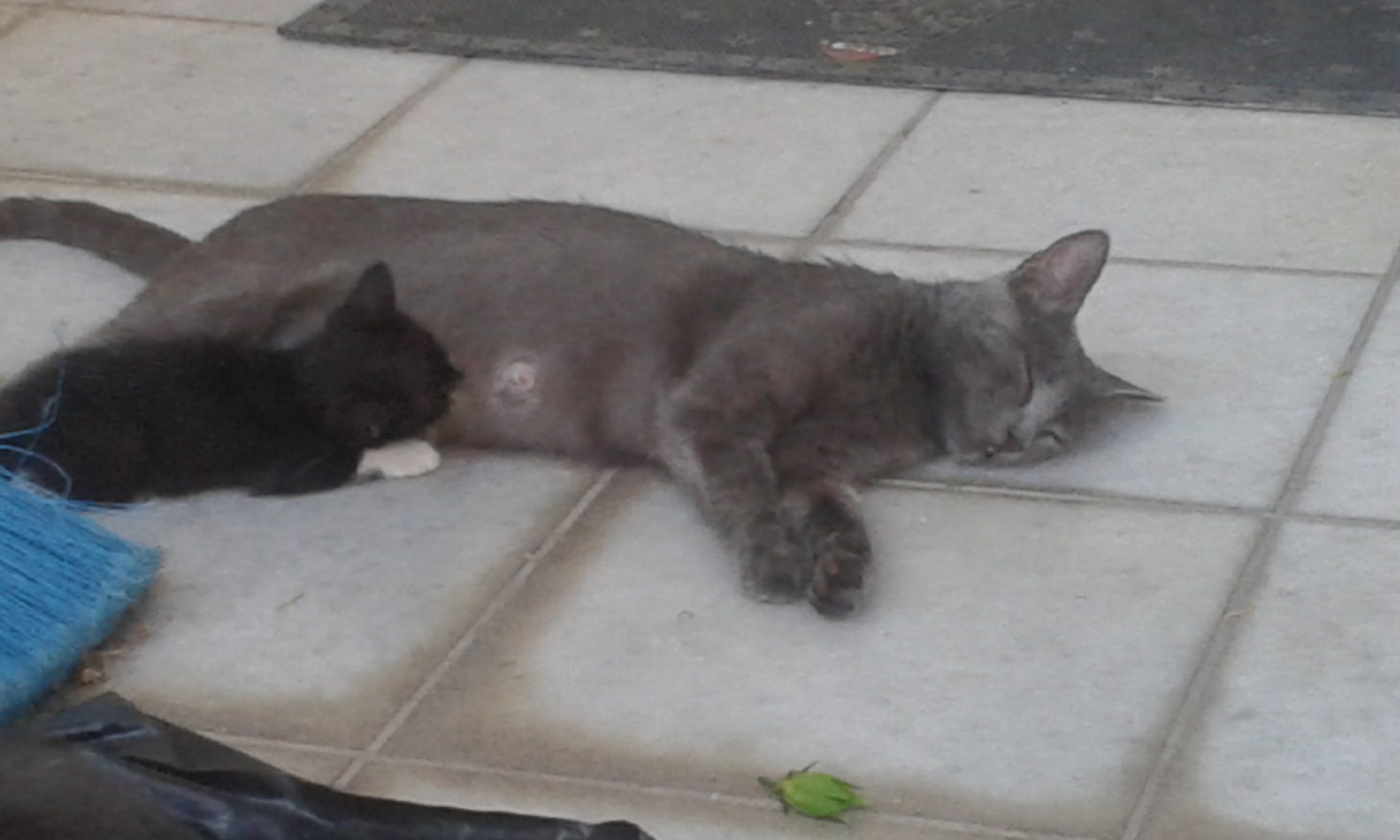 Mimi opened her own business in June: Baby-sitting. Hundreds of tourists with little kids have posted long comments of Many Purrfect Thanks and Much Purreciation on her Facebook page. She thinks to expand her business to a day-care kindergarten named “The Little Happy Purr”. 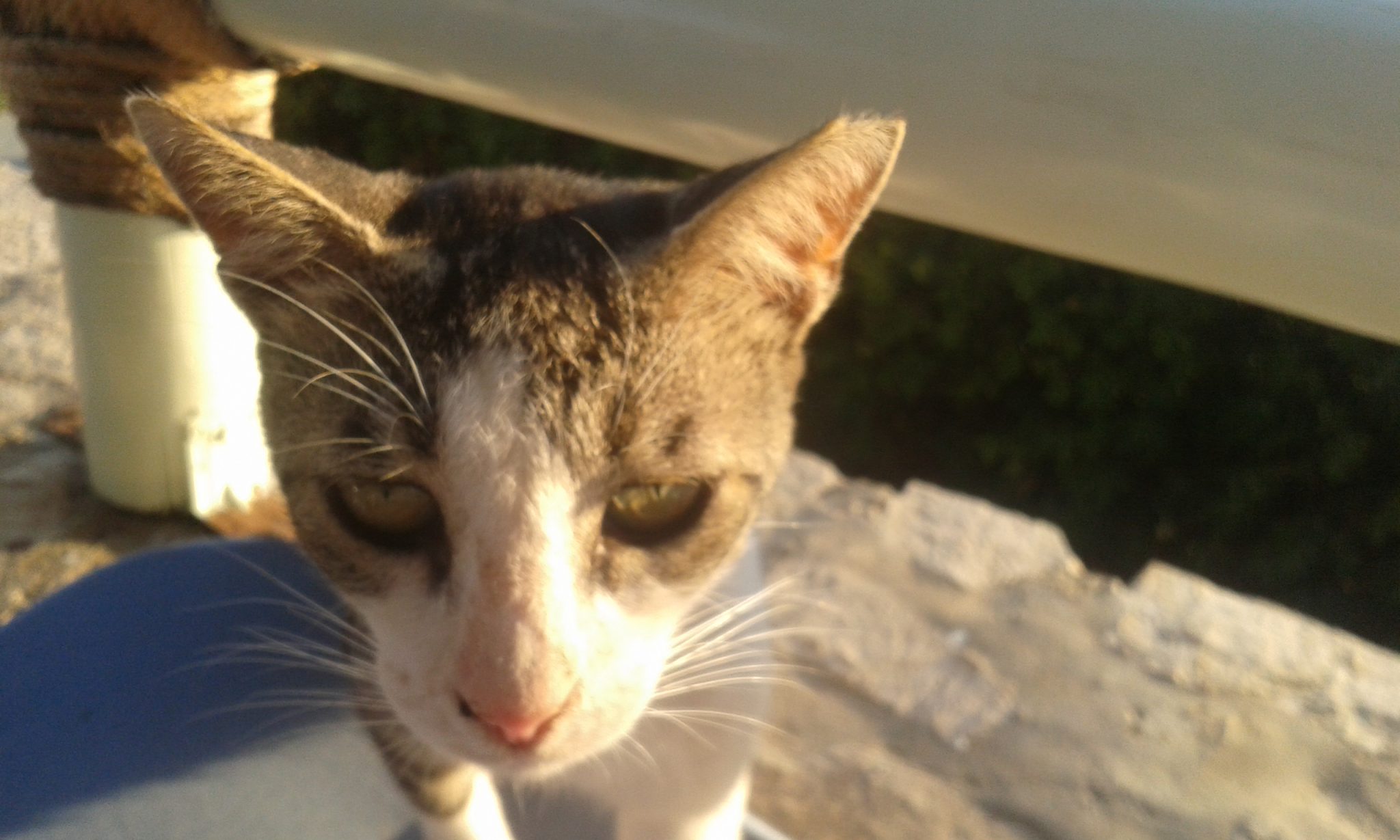 Chrysoula owns a cafe-bar-restaurant at the west side of the island. She serves cool drinks and paw-made pizza to all those visitors coming to enjoy the stunning sunset.

Themis, Katina and Kostas run a restaurant right next to the sea. The restaurant is specialized in fresh fish, fresh octopus and fresh calamari. All dishes are paw-made and accompanied with a purr. 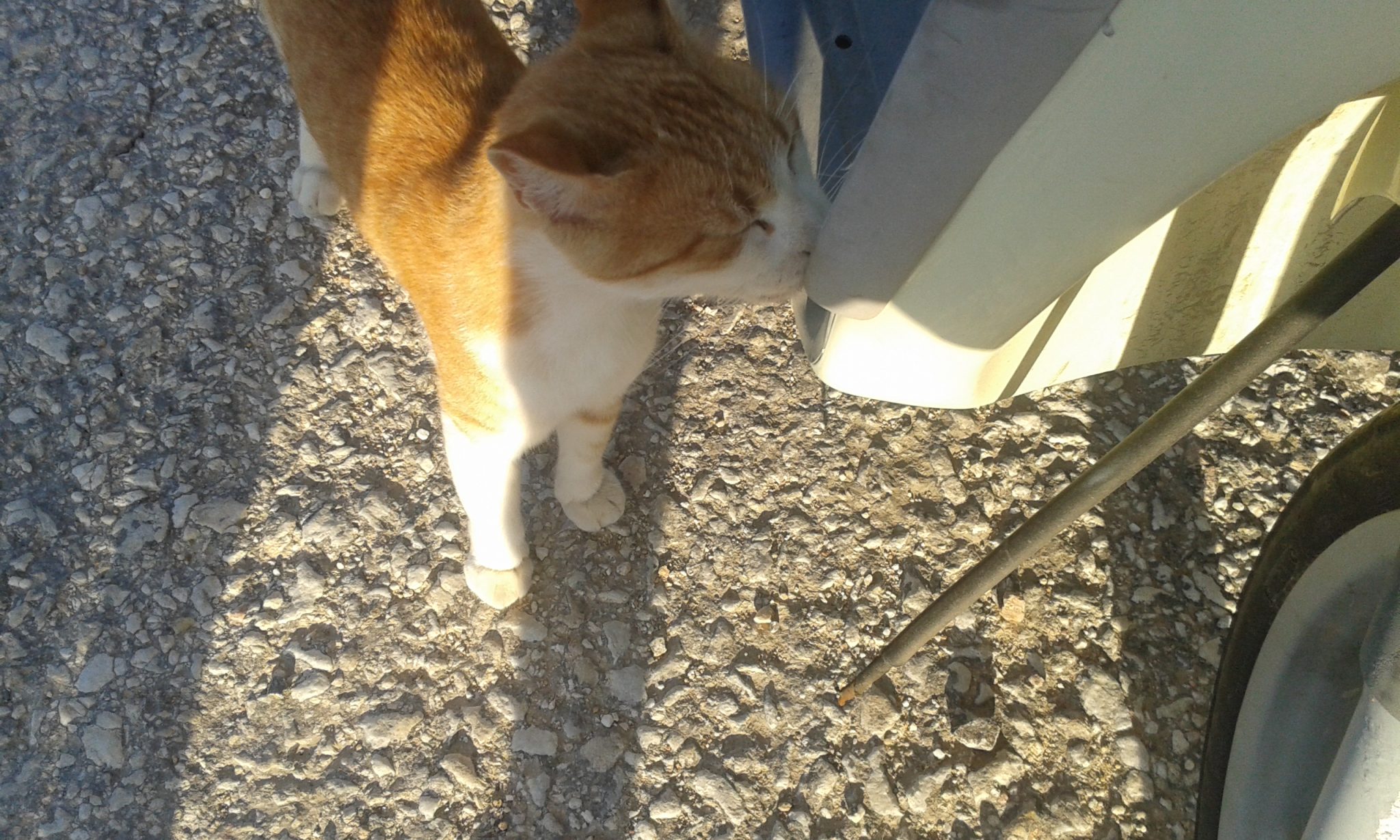 Efthymis owns a tiny garage where he repairs motorbikes. To find his shop, follow the signs “Purring Engine”. 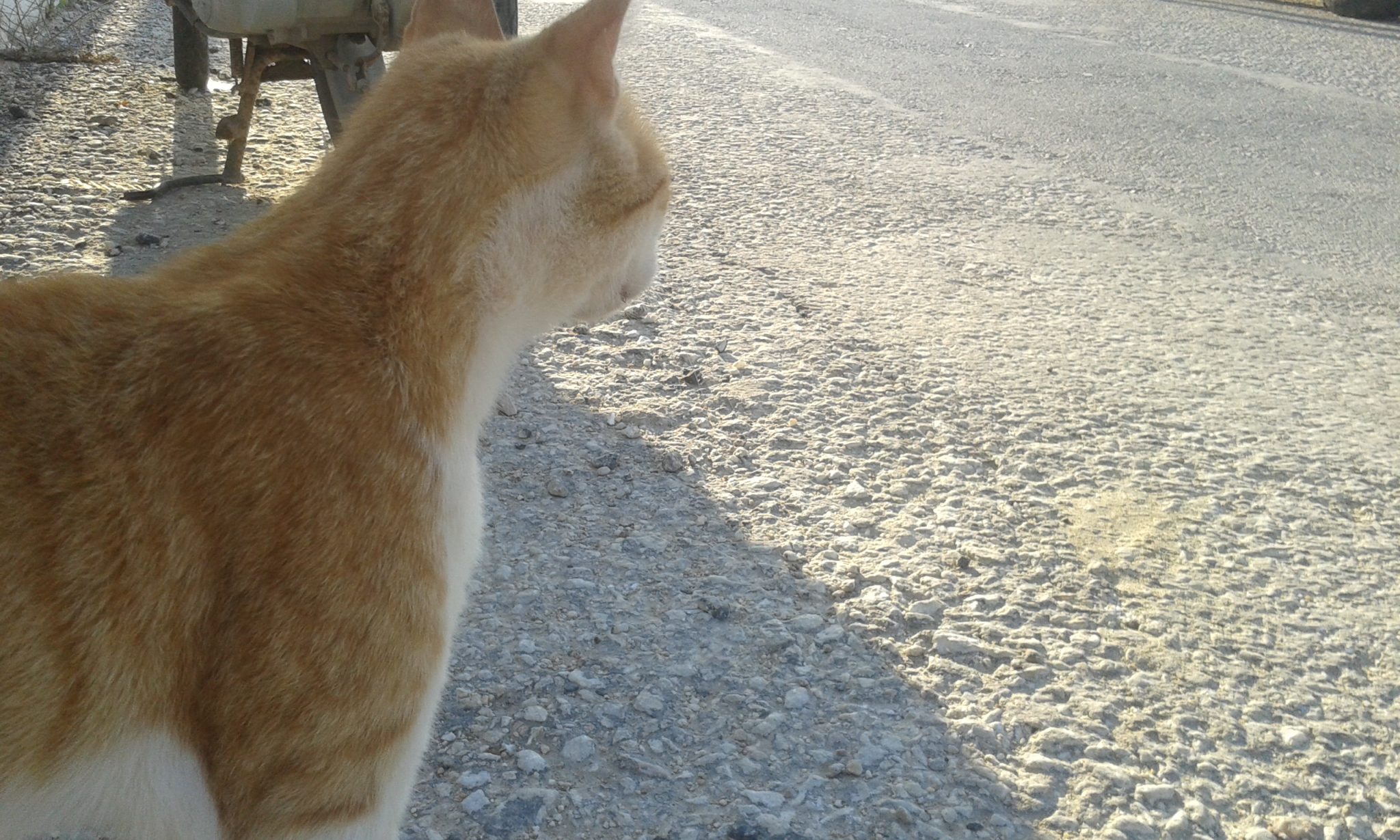 In summer months, he works in full capacity, but every afternoon he loves to go for a lonely walk to contemplate on the good deeds of the day. 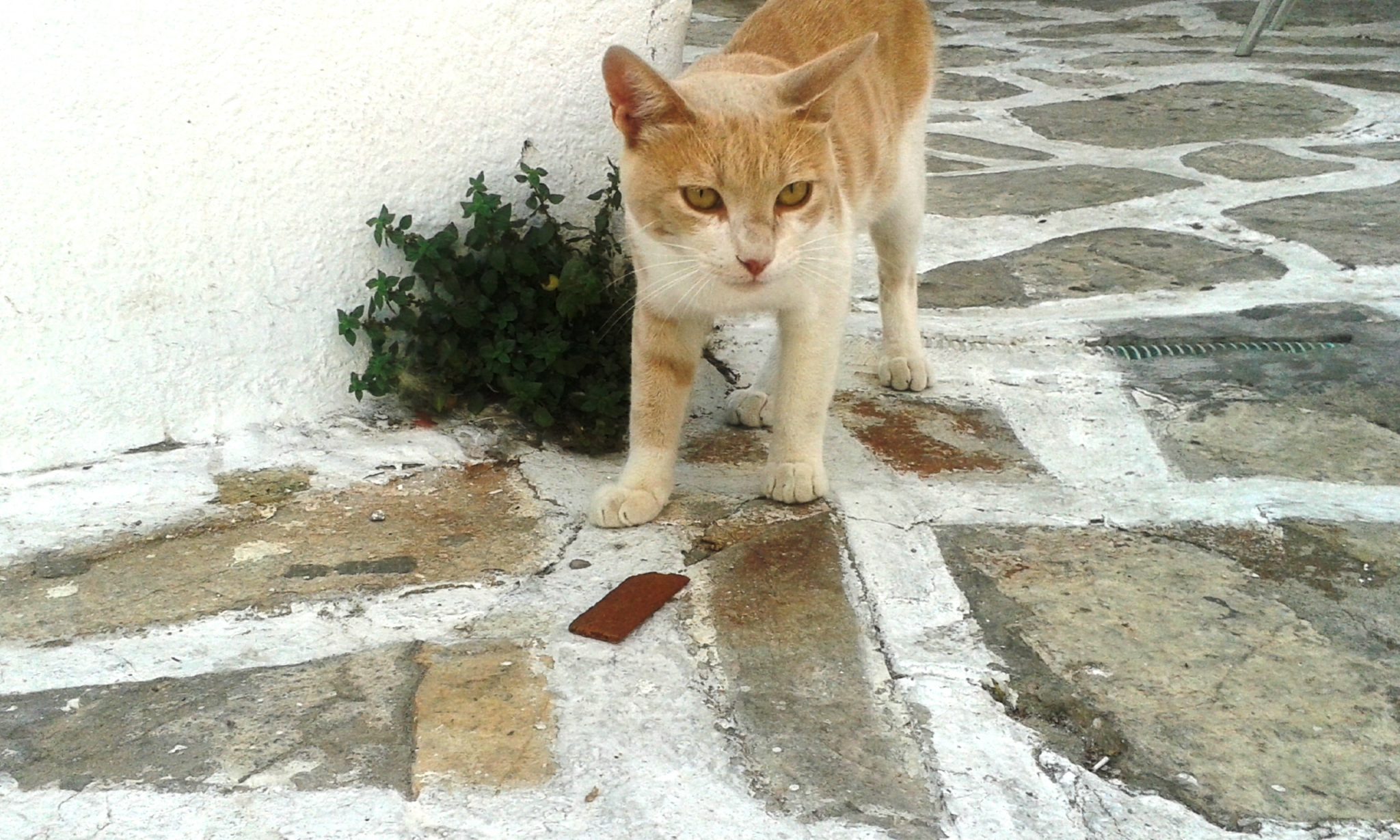 Manthos and Pericles work as guards at the historic castle of Antiparos. They have been plotting on a protest to demand purrmanent work contracts. 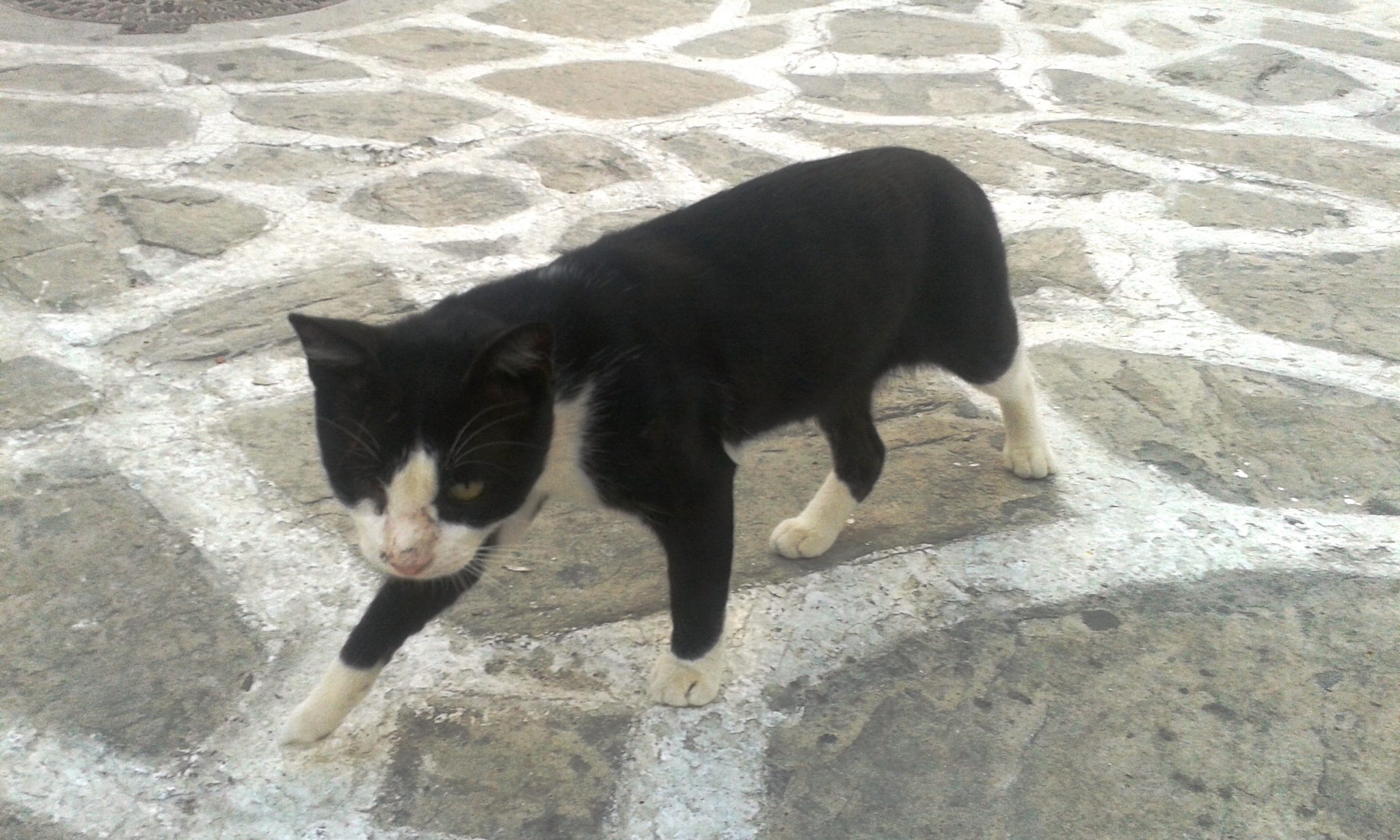 Andrikos runs the “Mouse Buster”,  a service that keeps mice away from the fields. He purrs mostly in the early morning and late afternoon hours. Occasionally, also, very late at night. 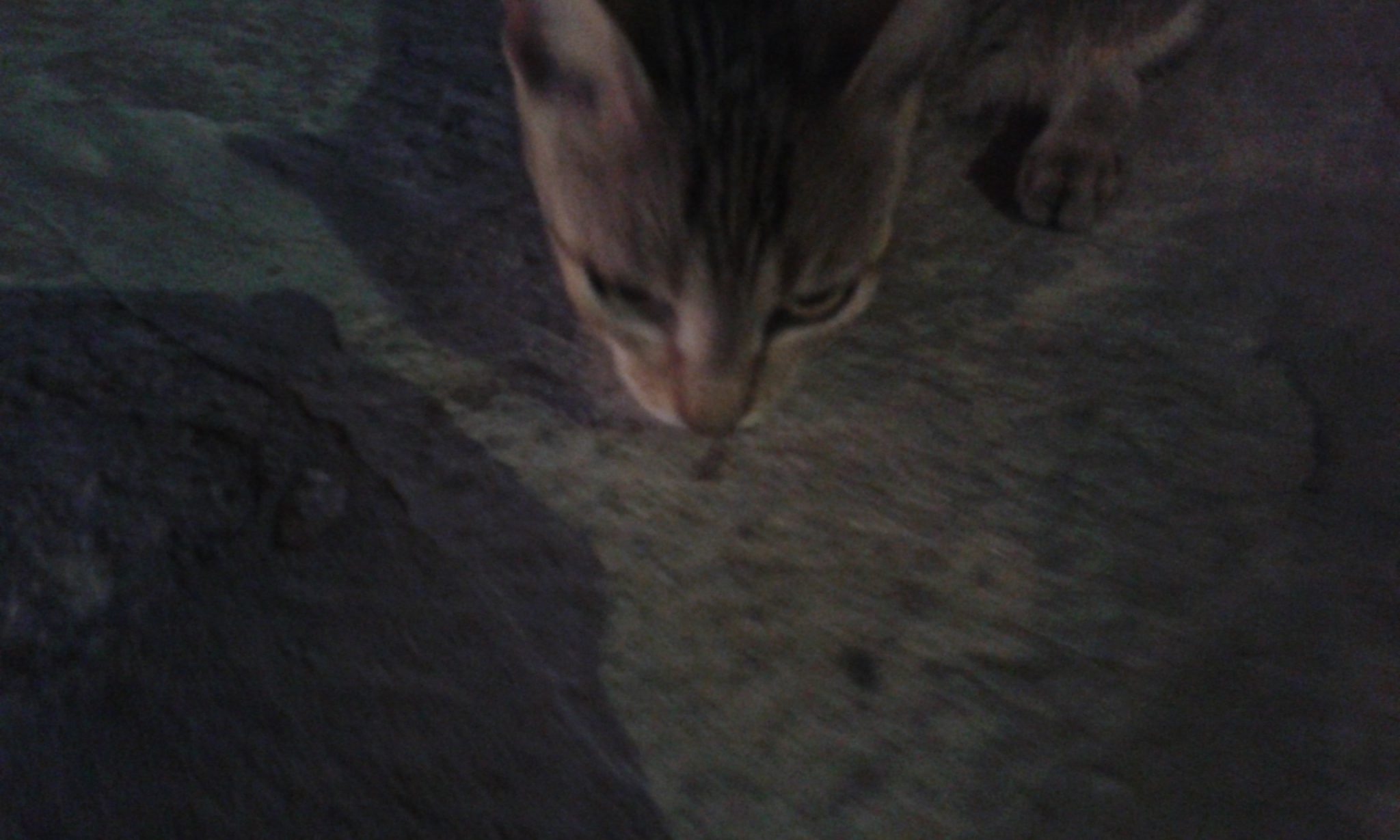 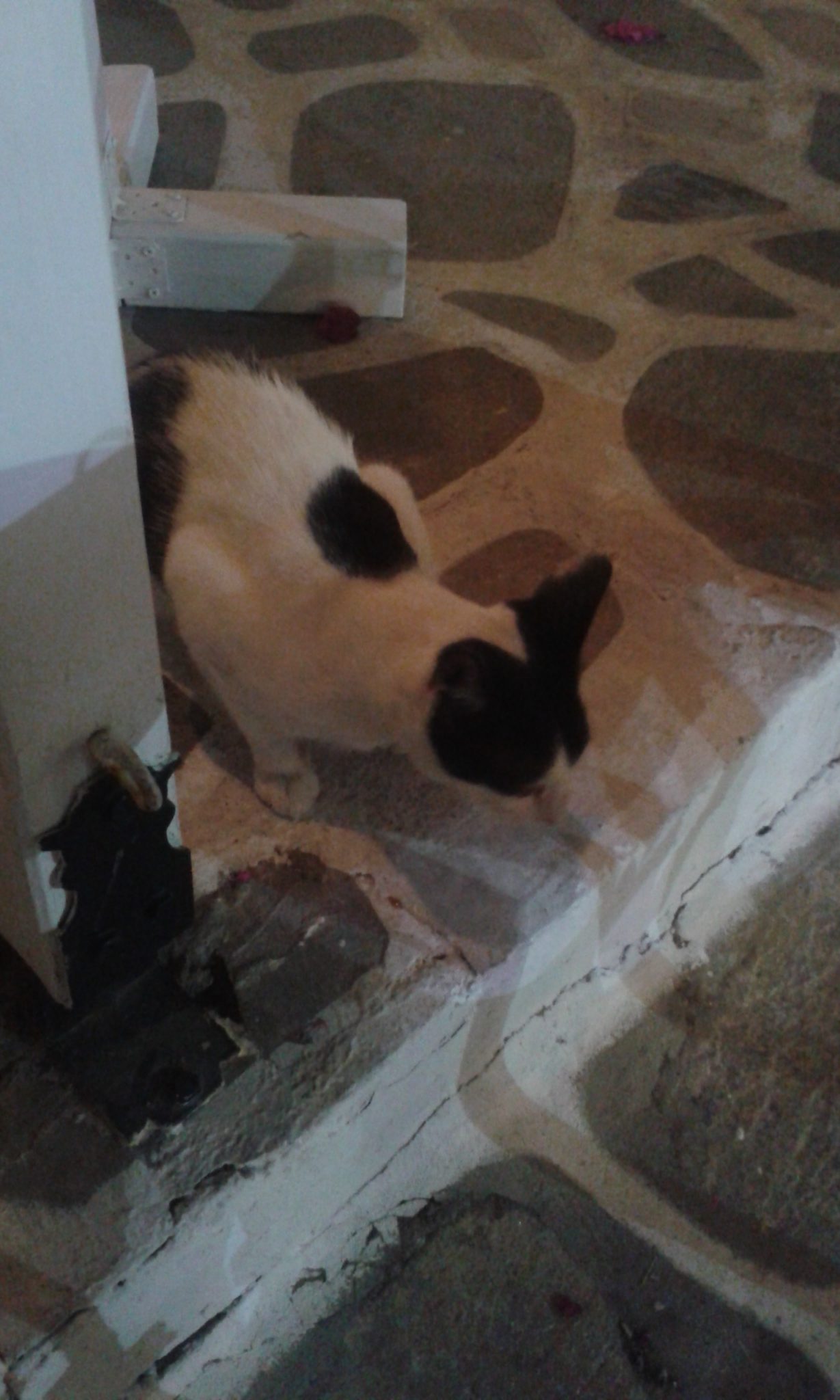 These two (above and below) work as tax auditors. As they work undercover, it was not possible to persuade them to reveal their identity. Their slogan is: Down with Purr Evasion! 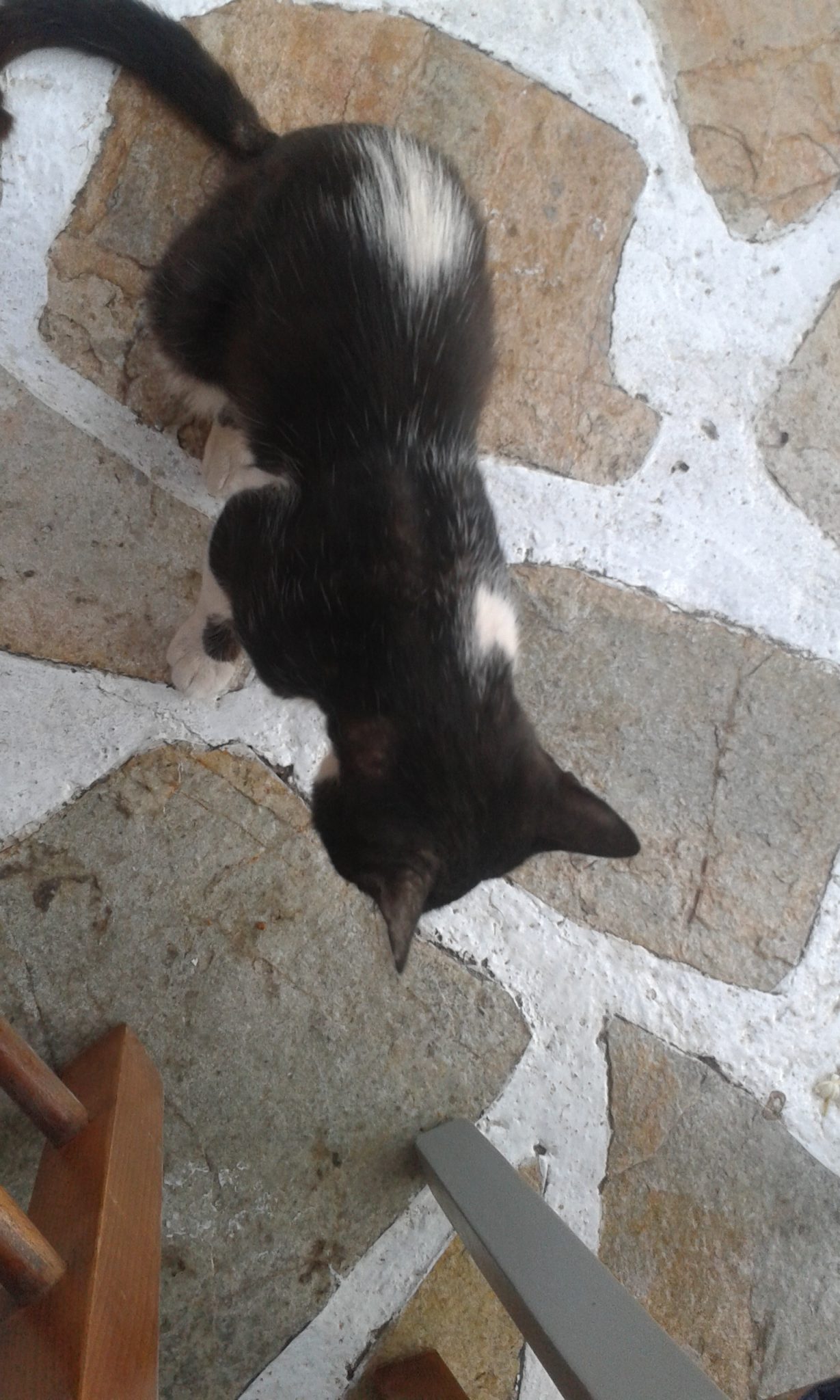 Eleni is the super purrpower woman entrepreneur of the island. She owns several shops selling clothes and souvenirs, one super market, one bar-restaurant, a grocery shop and a 10-room hotel. 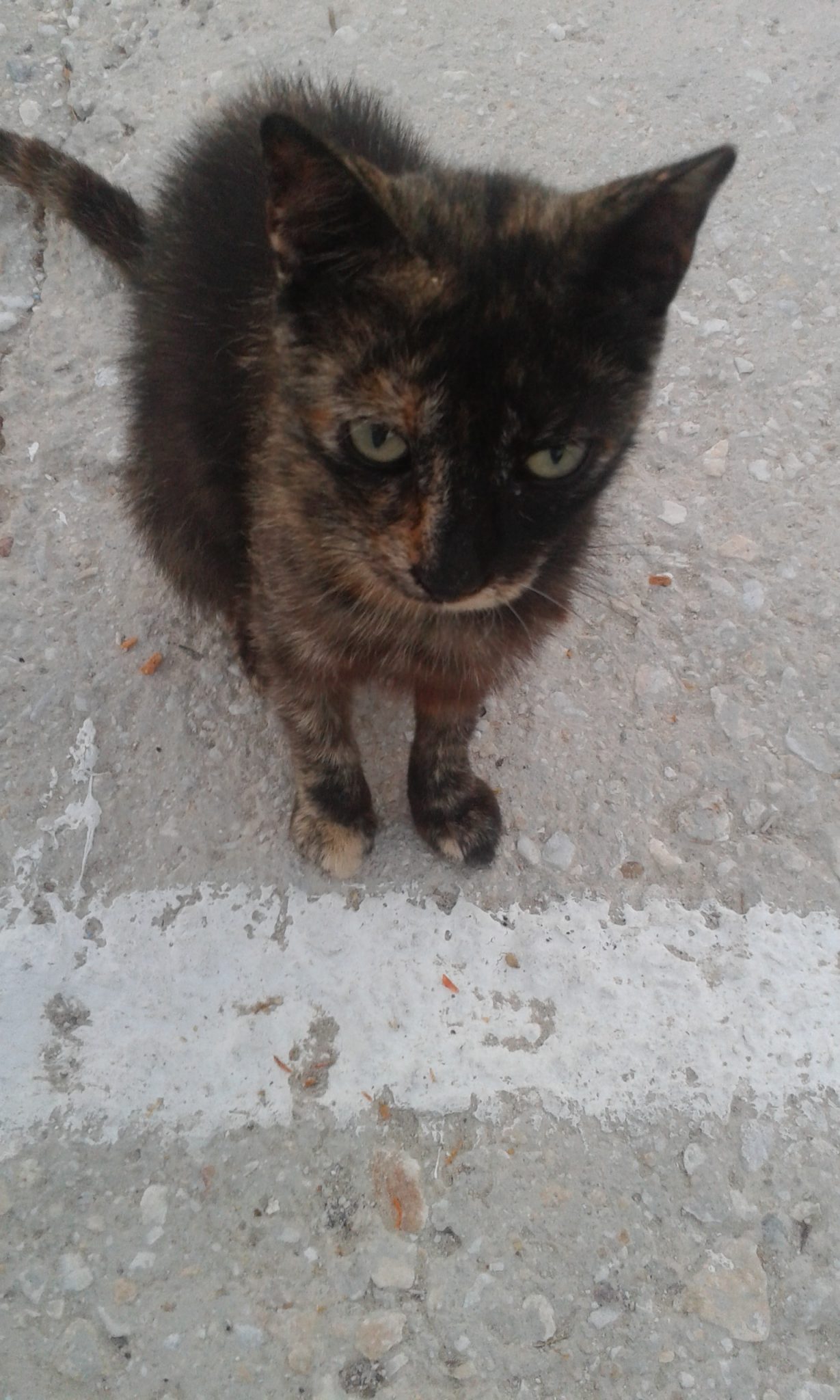 She has been awarded Purrfect Entrepreneur of the Year.  Every year since 2012. The Association of Paws For Entrepreneurship of Antiparos has been electing her as the association chairpaw for five consecutive years.

Elenis’ favorite job is, though, that all species of Antiparos live in harmony with each other. 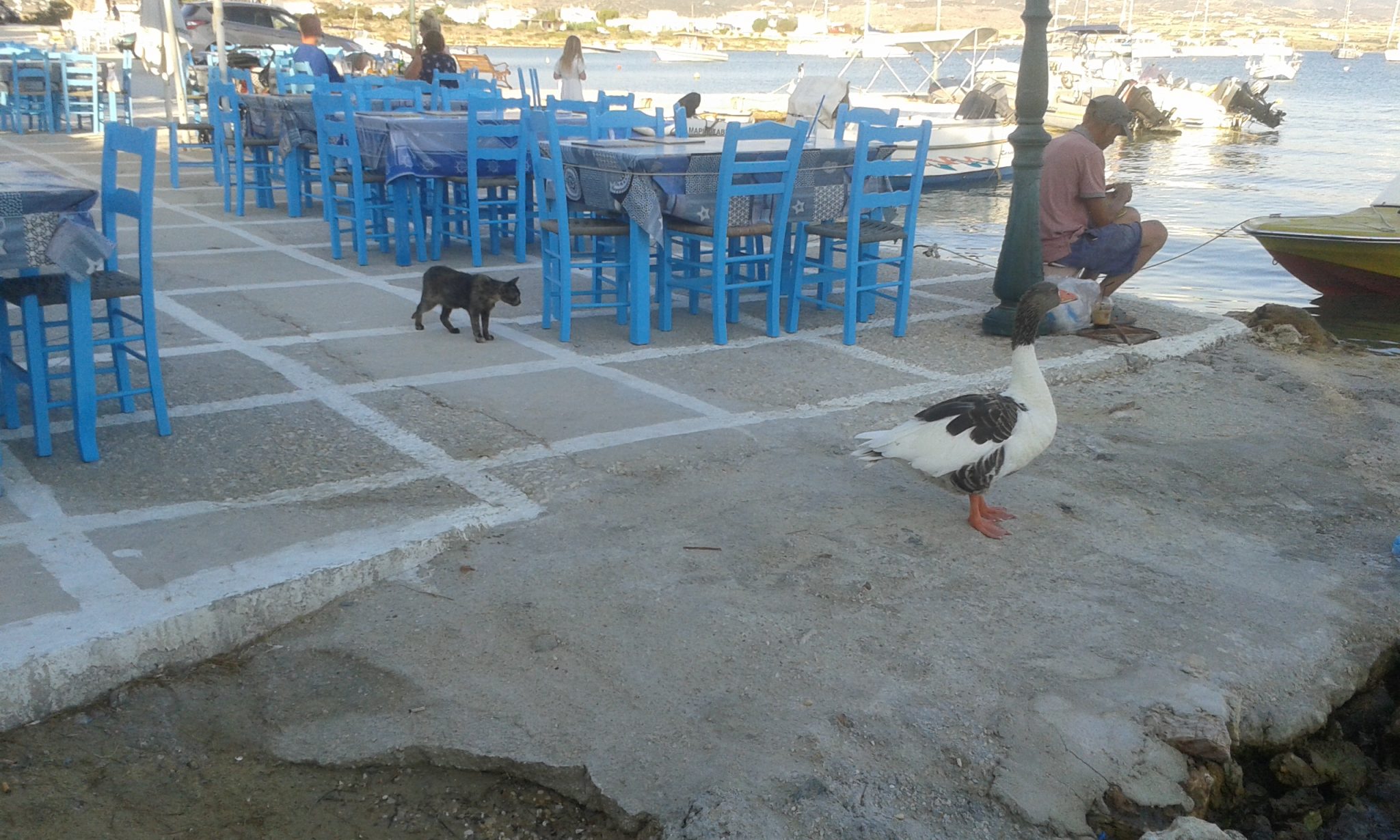 PS Cats in the Aegean? What cats? 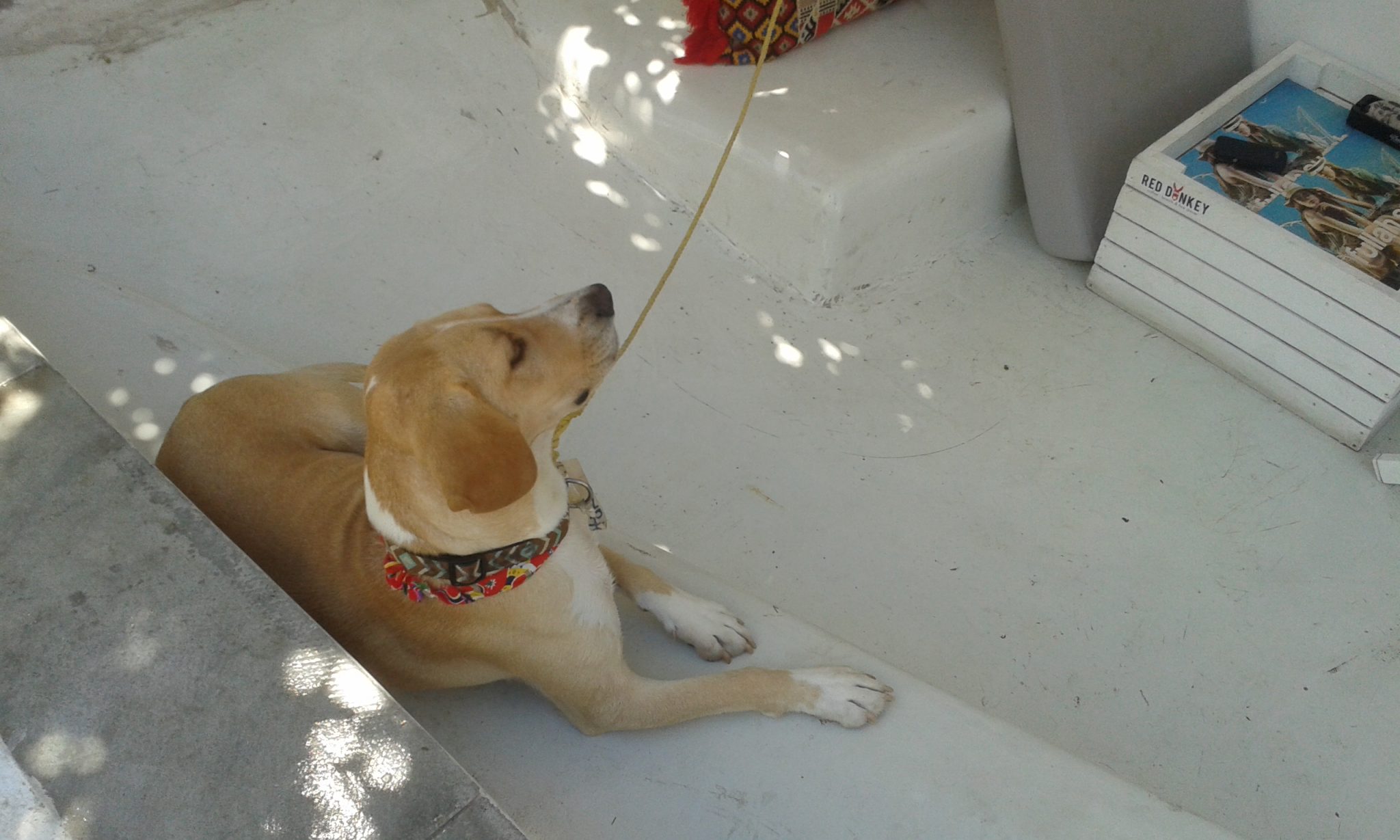 This dog stubbornly insisted on refusing to pose for a picture after he learned we were on the island for the purrpose of a report with working title “The Purrfect Entrepreneurs of Antiparos – Cats in the Aegean”.