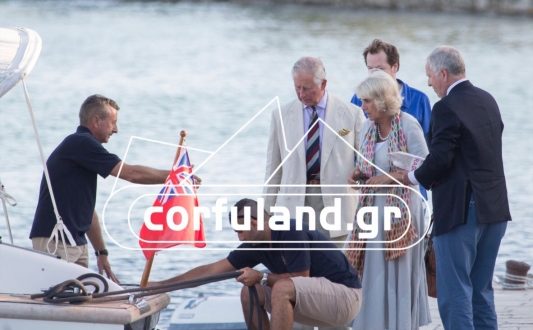 Charles, Prince of Wales, and his wife Camilla, Duchess of Cornwall, arrived at the airport of Corfu Wednesday afternoon for their summer vacations. Prince Charles and the Duchess of Cornwall will enjoy the blue Ionian Sea, the clean fresh air and an unknown number of quite days. 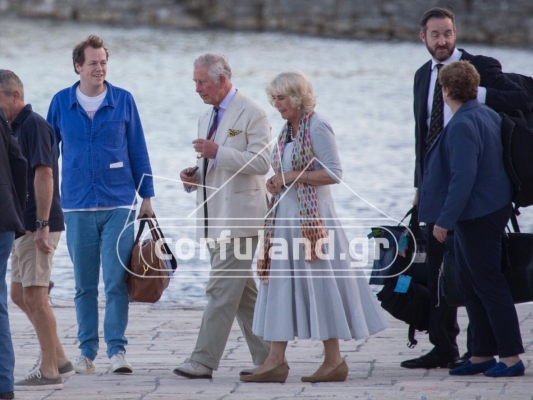 Prince Charles, wife Camilla and their entourage were transferred to Mayor’s Skala where they got on board of a speedboat under UK flag.

Where did they go to?

According to amna.gr, the speedboat carrying the royal couple docked in the small harbour of Kerasia in the north-east of Corfu.

In Kerasia is the luxury Rothschild Villa located. The royal couple will spend for one more time their summer vacations there.

The villa with its unique architecture has dominated the island for more than 40 years, within a vast estate in Kerasia that is filled with ancient pines, waterfalls and rich vegetation.

Security measures since the royal couple’s arrival are now extremely tight, with both security personnel and trained dogs guarding the grounds.

The villa has often hosted both royals and celebrities, while it was a favourite summer retreat for Princess Diana.

Kerasia is 40 km northeast of Corfu town and is considered one of the most beautiful locations on the island, nestling around an impressive beach with white pebbles, lush vegetation and clear blue waters. There is only one traditional taverna in the area, which is a remote and idyllic retreat for all.

Local media corfuland.gr has more exclusive pictures from the arrival of the British royal couple.