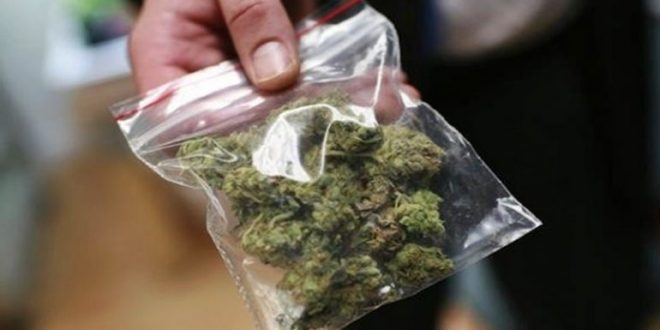 Local farmer pays land workers in Cannabis instead of cash

New morals in recession Greece. We know that employers delay salary and wage payments or that they pay in vouchers. But workers’ payment in kind and thus in form of drugs? Never heard of this before….

Land workers in Peloponnese received their wage not in euro but in form of freshly cut cannabis. 215 gr fresh cannabis for four days of work.

They were in possession of 215 gr fresh cannabis.

When police asked them how they came to the cannabis possession and who was their supplier, the four claimed that a local farmer had paid them with cannabis instead of money after they worked on his pepper growing farm for four days.

They further said that they accepted this form of payment as they had bought cannabis for personal use by the same man in the past.

A police operation was launched,  a 48-year-old local farmer was arrested.

According to local media, the farmer admitted the deal with the workers and the payment. He had allegedly been arrested in the past for violating the drugs laws.

The workers and the farmer are to appear in front of prosecutor.

BTW: I had no idea that pepper is growing in Greece.

PS I know that farmers used to pay workers in form of commodities in the far past but daily wage at 13 gr cannabis? Too low or too high or just appropriate?