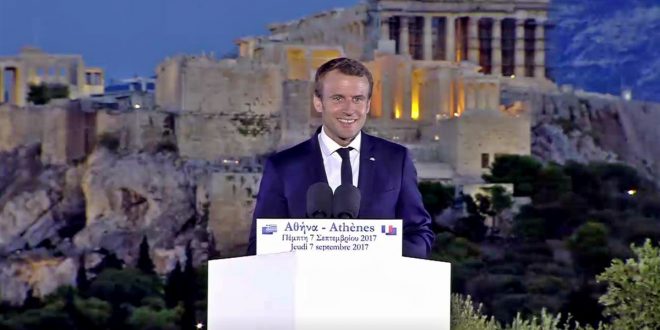 French President Emmanuel Macron opened his keynote speech on the hill of Pnyx with a lengthy paragraph in Greek. “Two and a half thousands years ago, Athenians invented democracy here on hill of Pnyx,” Macron read. “The fact that I speak on this hill in front of you is a very great privilege. For this I thank the government and the Greek authorities and especially Prime Minister Alexis Tsipras.”

Emmanuel Macron expressed his admiration for the ancient Greek democracy and stressed his dedication for the democratic ideals. But most important, he  criticized the way the European Union operates.

“Do we trust each other in Europe?” he asked adding “The Greek crisis didn’t just concern Greece. It was a European crisis. It is a failure of Europe.”

He spoke of a social rupture and a type of “civil war” within Europe with exchanges of accusations and criticisms that do not befit Europe.

“What did we promise the youths of Greece in the last few years” Austerity and unemployment. We showed them a beautiful future in Paris and Berlin. But initially we had promised they could live beautifully in Greece too. This must happen and this is European sovereignty,” he said.

He said the world needs Europe noting that member-states have to find the strength to restart it. “If we continue to turn a blind eye we will be the generation responsible for Europe’s death and we have to start with a tough self-criticism,” he added. 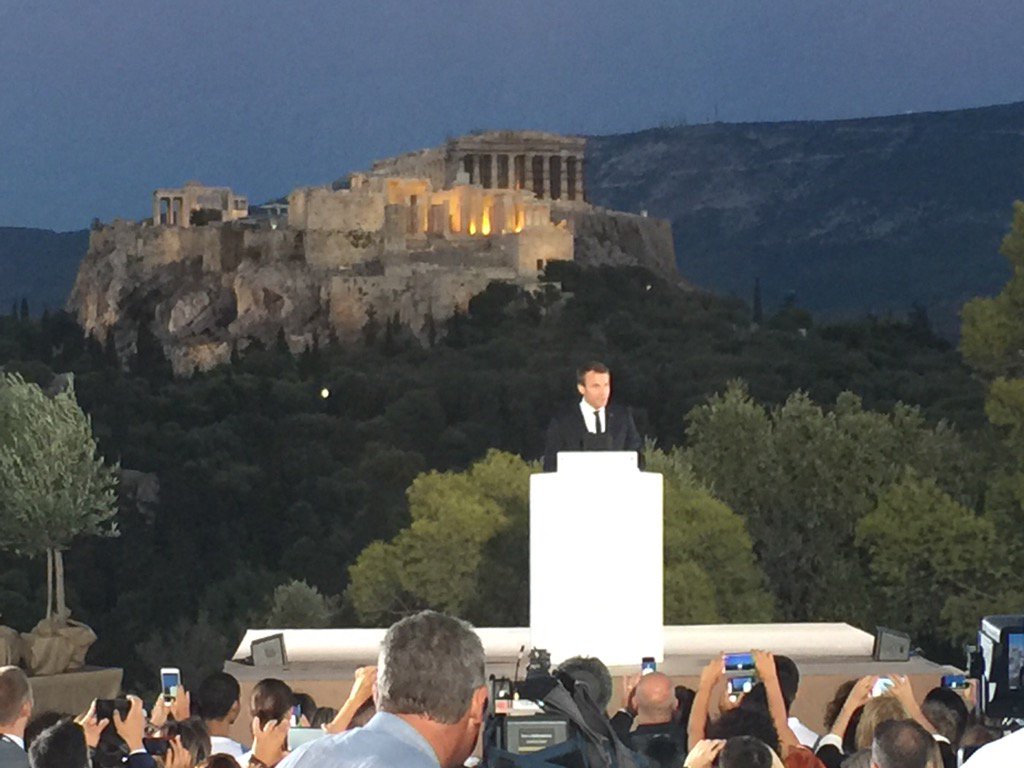 picture posted by the Embassy of the Netherlands in Athens @NLinGreece

Speaking on the future of the continent, Macron said the triptych that should be offered to the young of Europe is “democracy, sovereignty, culture”, adding that “we have been lost in the labyrinth of talks over bureaucracy and which treaties to change.”

He warned that Europeans “must not abandon the fight” of shared values or else the EU would ebb away or die, riven by internal conflicts. He also urge the EU to  reinvent itself and become “more democratic,” more than “simply summit after summit” of officials shut away in crisis meetings.

The French leader promised a road map for the rebuilding of the EU in the coming months, arguing that nations sticking together inside the EU was the only way to support European sovereignty, protect citizens against problems including climate change and terrorism.

Macron: “I propose democratic talks and assemblies for 6 months in order for the peoples to decide what kind of Europe they want.” via ERT

“If we back down, somebody else will take our place. There is no other continent that defends democracy, freedom and the economy, but there are forces that are not committed to social rights,” he said, noting that Asian countries have strong economies but are autocracies. 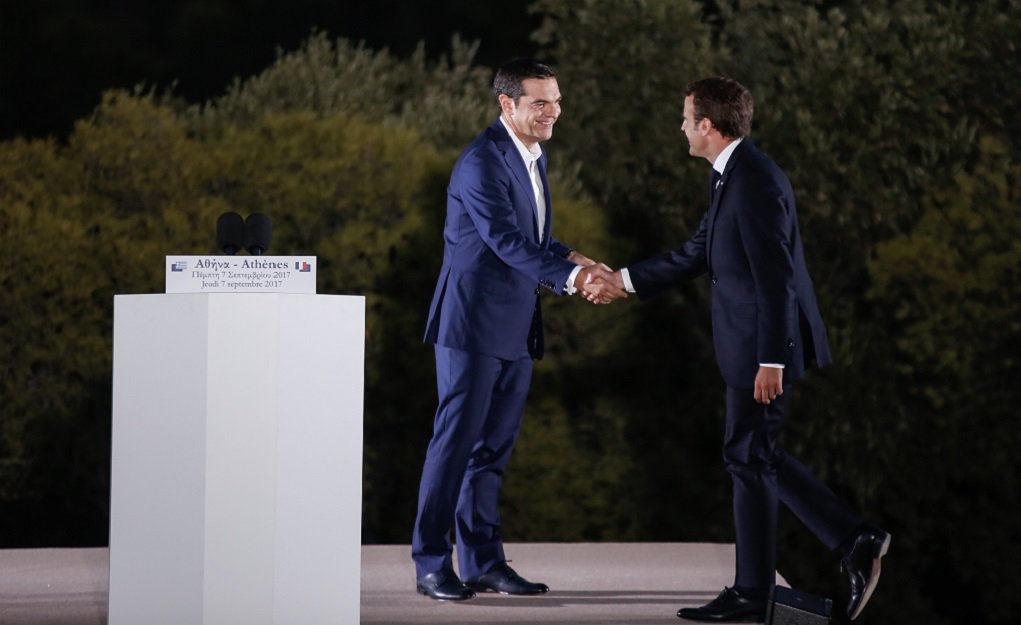 In other speeches and statements, Emmanuel Macron defended a European Fund arguing that the International Monetary Fund cannot intervene in European issues.

He also urged the Greek government to continue with the implementation of reforms.

However, Macron cannot detail any plans for eurozone or EU reform until after this month’s election in Germany, when it will become clearer to what extent a new government in Berlin would be open to backing his ideas.

PS At the end of the day, Macron told Greeks to keep up with the dreadful austerity, over-taxation welfare and pensions cuts in order to get awarded with a new Europe which is not certain he will materialize because France has allowed Germany to hit the European drum in the last decade of the economic crisis. *sigh*