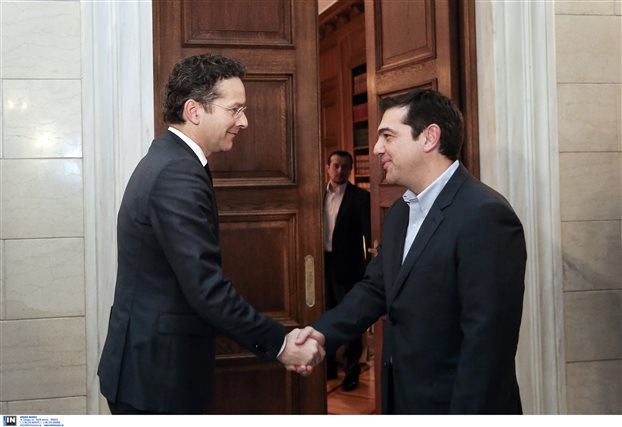 “Greece will remain under supervision after it exits its current bailout programme next year,” Eurogroup head Jeroen Dijsselbloem told a Greek newspaper short before arriving in Athens on Monday. Prime minister Alexis Tsipras has been telling Greeks that ‘creditors’ supervision will be over once the bailout program concludes in August 2018.

“In all cases we have applied supervision after the completion of support programmes, as happened in Ireland, Spain, Cyprus,” Jeroen Dijsselbloem told Ta Nea newspaper.

“We will have a supervision programme for Greece as well, especially when there are outstanding loans with long maturities,” he was quoted as saying.

“The common goal of the Greek government and its European partners must be that August 2018 will be the end of the (bailout) programme. We must ensure that Greece will be fully prepared,” Dijsselbloem told the paper.

He said Greece’s economy is faring better after a deep, multi-year recession but reforms should continue for the remainder of the bailout programme and after August 2018.

“The chronic and structural problems were among the crucial factors that led Greece to the crisis,” Dijsselbloem said.

The eurogroup head is one of the keynote speakers of the Economist conference “How fast can we grow – Vital questions for America, Europe and Greece.”

Dijsselboem’s visit to Athens is considering to mark the begin of the third review of the Greek program. The Eurogroup head but also Athens want the review to conclude by end of the year.

However, not much progress is expected before a new coalition government is established in Germany.