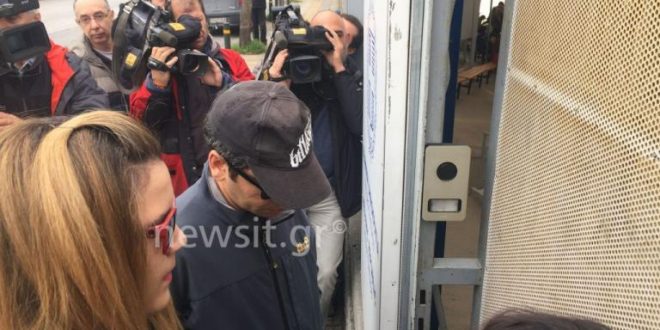 The Athens Administrative Court of Appeal temporary suspended the asylum granted to one of the 8 Turkish soldiers who had fled to Greece with a Black Hawk helicopter after the failed coup in Turkey in July 2016. The court accepted the  request submitted by Migration Minister Yannis Mouzalas to annul the granted asylum last week, a day after the asylum was granted.

In its decision the Court stated that the minister’s request was accepted “for reasons of public interest, but also for the interest of the officer himself.”One of the conditions for the temporary suspension of the asylum is that the state will not take any action to have the officer outside the country, i.e. extradite him to Turkey.

The court will meet to decide on Mouzalas’ request on 15. February. In his petition the Minister had stated that granting asylum to the Turkish soldiers was harming the good relations between the two countries and therefore against “the public interest.”

On December 29th, the 3rd Independent Second Asylum Committee issued an asylum decision for the Turkish military and co-pilot of the helicopter, judging that according to Amnesty International, international conventions, the European Council and other international organizations, the situation in Turkey is unacceptable in terms of human rights after the failed coup. Beginning of 2017, Greece’s  top court Areios Pagos had rejected Ankara’s request for extradition of the 8 Turkish soldiers. The issue has triggered tensions between the two neighboring countries.

An hour after the granted asylum, the officer was released from the police station of the Olympic Village in Athens where he was in detention together with this colleagues awaiting the decision for their asylum requests.

After the temporary suspension, the Turkish officer was detained and taken first  to the Asylum Service where he filed a new application. From there he was taken to Alien Department of the Greek Police, a bit later back to the police station in the Olympic Village.

The court reportedly ruled that the officer should be free until 15. February.

So why was he detained? It is reportedly an “administrative” detention and it will be the director of the O.V. police station who will decide whether he will be freed or  remain in detention together with his colleagues.

Under “administrative” detention KTG understands that it is due to the fact that he has illegally entered Greece and his granted asylum has been suspended therefore the man’s status is currently trapped into the gaps of Law.

Last week, Athens offered to Turkey to have the soldiers tried in Greece. So far, no respond came from Ankara.

Government officials also last week reiterated that the question of the soldiers’ extradition to Turkey is off the table.

If extradition is definitely off the table while Ankara insists on it, the issue is expected to be extended like an elastic rubber band to eternity as the Greek state will keep having the courts decide and every time apply to the country’s minor and top courts.

And the 8 Turkish soldiers will find themselves in a time warp, featured in their own Groundhog Day.