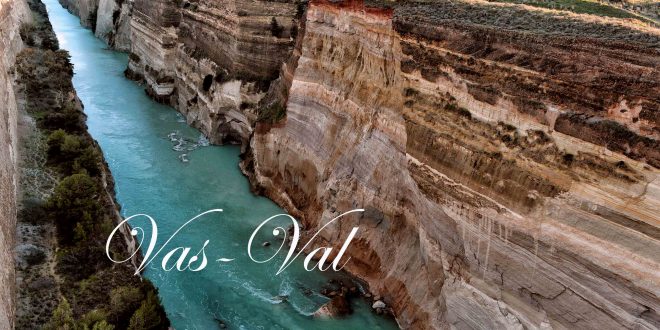 Greece’s Shipping Ministry closed the Corinth Canal for marine traffic on Monday after torrential rains caused a big landslide and rocks fell in the middle of the canal passage making traffic impossible. The Canal will remain closed for about 15 days, the ministry said.

Video footage from the area show large rocks to have broken off and dropped into the sea along with mud.

The landslide occurred at 04:00 p.m. Monday, 26. February 2018, the company is charge of the Corinth Canal said in a statement, adding that it immediately closed the Canal to marine traffic.

The landslide occurred on the Peloponnese side.

The Coast Guard has prohibited ships from crossing the Canal, and will now have to sail around the southern and western Peloponnese.

The Canal cuts through the narrow Isthmus of Corinth and separates the Peloponnese from the Greek mainland. Its construction was completed on 25 July 1893 after eleven years’ work.