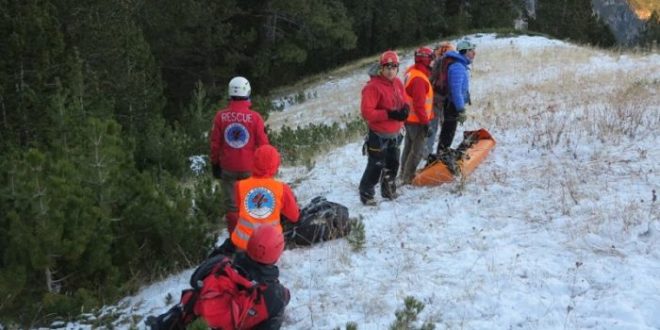 In an operation that lasted more than twelve hours, members of Greek Rescue Team brought a French climber to safety. The 25-year-old climber got injured and trapped at an altitude of 2,100-2,200 meters in Gavos area on the Mount of Olympos.

A total of 16 rescuers took part in the operation. Once the climber was spotted and approached, he was transferred on a stretcher to the nearest refuge.

An ambulance transferred the climber from Gortzia position to the health center of Litohoro on Sunday morning.

The man received treatment for a knee injury.

He is expected to travel to Thessaloniki and from there to flu to his home country.