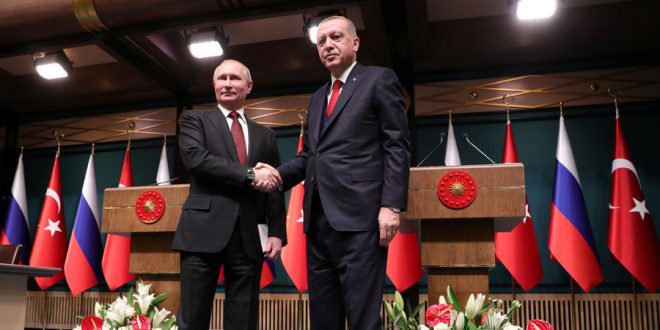 Russia, Turkey have agreed to speed up delivery of Russian S-400 air defense systems, Vladimir Putin said during his visit in Ankara on Tuesday. Thew S-400 deal has met the opposition of  Turkey’s NATO allies, and upset Washington. The two presidents also laid the foundations for the Akkuyu Nuclear Power Plant per video link. The Plant is to be constructed by a Russian company. It is located in South-West coast of Turkey, near the earthquake dault line of Adana. 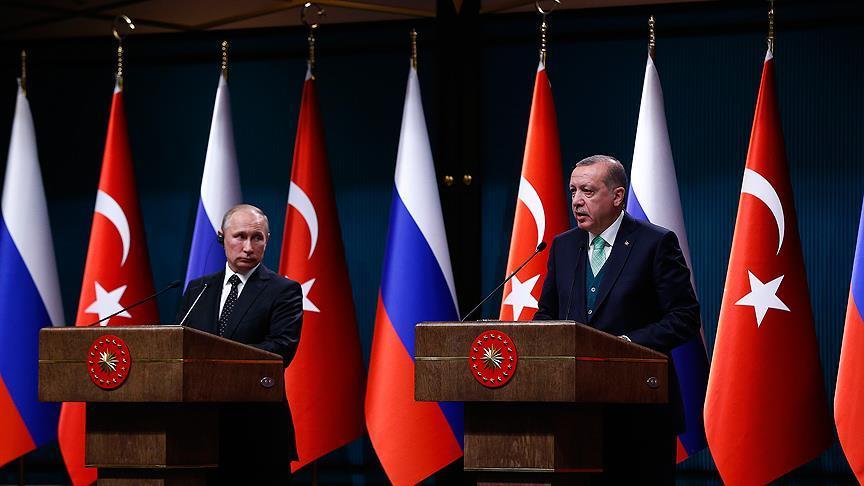 Speaking at a joint news conference at the Presidential Palace in Ankara, Turkish President Recep Tayyip Erdogan and his Russian counterpart Vladimir Putin said they have agreed to shorten the duration of the systems’ delivery, without giving further details.

“We decided to shorten duration of S-400 missiles’ delivery [to Turkey] during our meeting with President Erdogan,” Putin said. which are now due after a contract was signed between the two countries in December, despite objections from Turkey’s NATO allies.

“We are speeding up production, and we have finalized the prices, which is very important,” Putin said, while standing next to Recep Tayyip Erdogan. “In terms of shortening the delivery schedule, we have done this at the request of our Turkish friends and partners.”

Putin did not specify when Ankara would receive Moscow’s most sophisticated export air defense system, but said that there were “no political or strategic limitations” to technology-sharing that could eventually see Turkey produce its own version of the radar and rocket complex, and said that producers of other weapons systems were keen to enter the local market.

“The distance we have covered in our relations with Russia in the last 15 years is very important,” said Erdogan.

The S-400 is Russia’s most advanced long-range anti-aircraft missile system with a capacity of carrying three types of missiles capable of destroying targets including ballistic and cruise missiles. The system can track and engage up to 300 targets at a time and has an altitude ceiling of 27 kilometers (17 miles).

The Turkish president said that the production of the missile systems continued.

Earlier, the two leaders participated via video link in the joint ground-breaking of the Akkuyu nuclear power plant on the country’s southern coast, which will be built by a Russian company at a cost of $20 billion, which is expected to be sourced via a joint consortium.

“We are not just kick-starting the construction of Turkey’s first nuclear plant, we are founding Turkey’s nuclear sector,” said the Russian president, of a project that had been mooted over the past three years.

Putin said the cooperation between Turkey and Russia on nuclear energy has shifted to another level with the groundbreaking of Akkuyu Nuclear Power Plant.

“We are not just kick-starting the construction of Turkey’s first nuclear plant, we are founding Turkey’s nuclear sector,” said the Russian president, of a project that had been mooted over the past three years.

“We aim to produce the first energy unit in 2023. We will be doing so on the 100th anniversary of the Republic of Turkey. When all units are in operation, the nuclear plant will supply 10 percent of Turkey’s electricity demand,” Putin said.

He added that Russia is also constructing two undersea pipelines and will build an additional ground gas pipeline as part of TurkStream gas pipeline project.

During the bilateral meeting, Erdogan and Putin exchanged views on regional matters primarily on Syria.

On bilateral relations, Erdogan said Turkey-Russia cooperation has further strengthened despite “efforts to poison it by some circles.”

“Our political dialogue is spreading to economic area as well. We had the opportunity to address a wide range of discussion chain in the areas of military, politics, economy, and culture,” Erdogan said.

Putin said Russia intends to boost cooperation with Turkey in iron, steel and auto industries, as well as in the field of finance, agriculture, innovation, and science and technology.

The Russian president said the priority in Syria is to provide the territorial integrity and sovereignty to the country and to eliminate the terror nests.