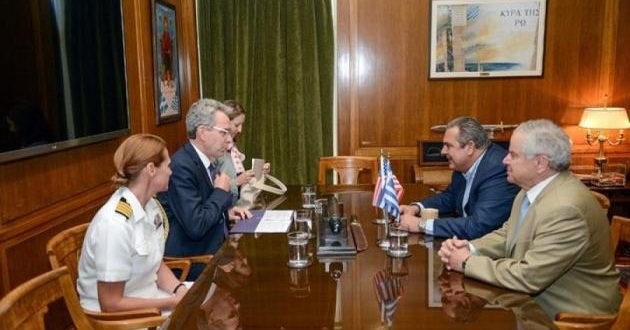 April 12, 2018 Greece, Politics Comments Off on US military and political officials flock to Athens ahead of Syria strikes 540 Views

US military and political officials have flocked to Greece, hours ahead of the strikes to Syria. Deputy Assistant Secretary of Defense Thomas Goffus arrived in Athens to participate in the Greek -US High Level Consultative Committee with the Greek military and the political leadership. At the same time, Deputy Assistant Secretary of State for European and Eurasian Affairs, Jonathan Cohen is visiting the country to discuss investments by US companies in Greece.

Goffus is Deputy Assistant Secretary of Defense for European and NATO Policy, responsible for the U.S. Department of Defense relationship between the United States, NATO, the EU and the nations of Europe

The High Level consultative Committee is to take place at the Greek Ministry of Defense with Minister Panos Kammenos but also US Ambassador to Greece, Geoffrey Pyatt.

It is worth noting that General Tod Wolters, Commander of United States Air Forces in Europe (USAFE) and US Air Forces in Africa (AFAFRICA) was reportedly in the Greek capital on Tuesday, where he met with the chief of General Staff, Evangelos Apostolakis, and Chief of Air Force, Christos Christodoulou. 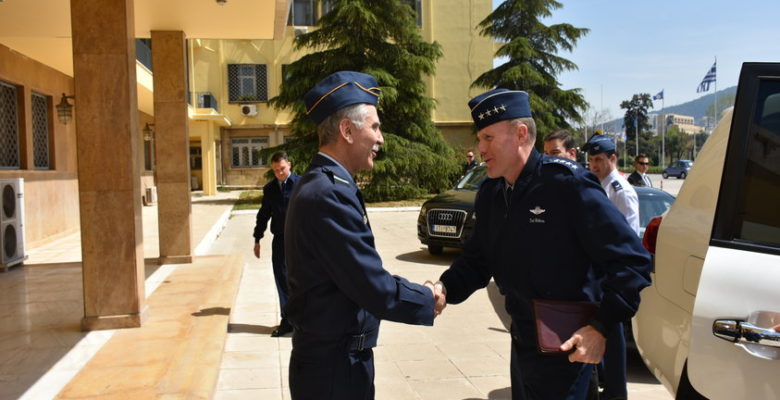 While the Committee talks about several issues on security and defense cooperation between the two countries, Cohen is visiting Thessaloniki, talking about opportunities to promote the increased US business and investment in Greece’s northern capital.

I suppose, Cohen’s visit and the meeting of the Greek-US Committee were planned some time ago, but all these visits in one article looks as if the US is promising debt-ridden Greece a trade that looks like: assistance in Syria vs US investment. #justsaying