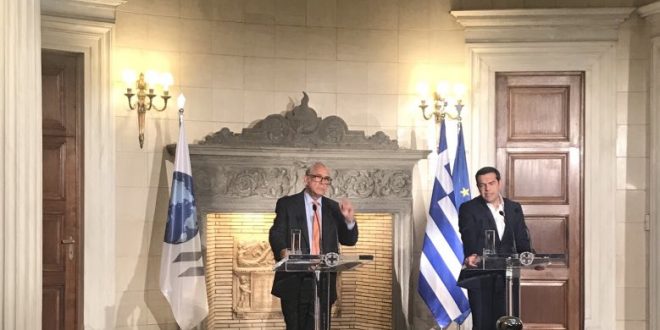 Greece has made an “enormous” reform effort since its debt crisis broke out and its international lenders must now grant the country debt relief, OECD chief Angel Gurria said while on a visit to Athens on Monday.

“I want to congratulate the entire Greek people for an enormous reform effort, it was a very ambitious reform package,” he said in translated comments. “And these reforms are bearing fruit.”

In its latest survey on Greece, the Organization for Economic Cooperation and Development sees the Greek economy growing by two percent this year and possibly by 2.3 percent next year, Gurria said.

He welcomed the country’s national growth strategy, which was presented to euro zone finance minister last week, but warned that high unemployment and low investment were still among the challenges that Greece faced.

Tsipras said Greece and the OECD would work together in the post-bailout period and reiterated that Greece does not need any more belt-tightening but relief measures instead.