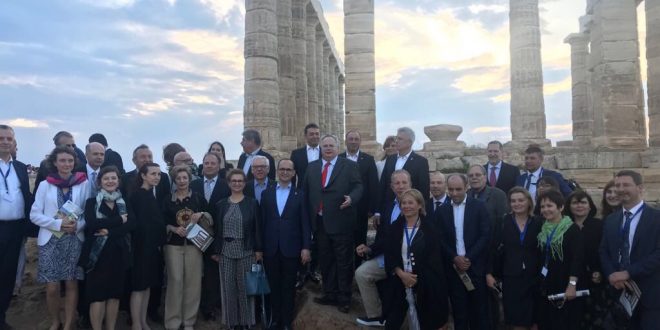 May 12, 2018 Greece, Politics Comments Off on EU needs to retain focus on citizens, say Greek FM at V4B4 meeting in Sounion 249 Views

The European Union needs to retain its focus on citizens, not on some abstract forms, or be afraid of taking some bold steps,” Greek Foreign Minister, Nikos Kotzias said after the Visegrad-4 Balkan-4 Plus meeting in Sounion on Friday.

In a joint press conference with Hungarian counterpart, Peter Szijjártó, Kotzias said e support a European Union that is stronger, more democratic, social just with active participation of member states and citizens, an EU that combats corruption and promotes justice.”

The Greek Foreign Minister said among others:

“We want a Europe that is more united, more democratic and socially just. An EU more powerful in global terms, that takes care of the needs of its citizens. An EU that is powerful vis-a-vis third parties, that is based on the principle of proportionality; that takes care for the democratic participation of States, regions and especially its citizens. That goes beyond its internal contradictions, between North and South, East and West, the rich and the not so wealthy regions. An EU that fights against the lack of transparency and against corruption; that aims at the improvement of the daily life of its citizens. A Europe that gives a sense of perspective, positive expectations and a vision, particularly to the younger generations.”

Foreign ministers of Balkan EU member states, the Visegrad group as well as from countries under consideration for EU accession met in Sounion in south Attica on Friday to discuss the vision of the European Union and its future, Enlargement and Energy.

Kotzias announced that he and his Albanian counterpart, Ditmir Bushati, signed an agreement on mutual recognizing of driving licenses.

On Saturday, Kotzias is meeting with FYROM counterpart,  Nikola Dimitrov, under the auspices of UN Special Envoy on Macedonia name issue, Matthew Nimetz.

After conclusion of the meeting of V4B4, the foreign ministers visited the archaeological site of Sounion. 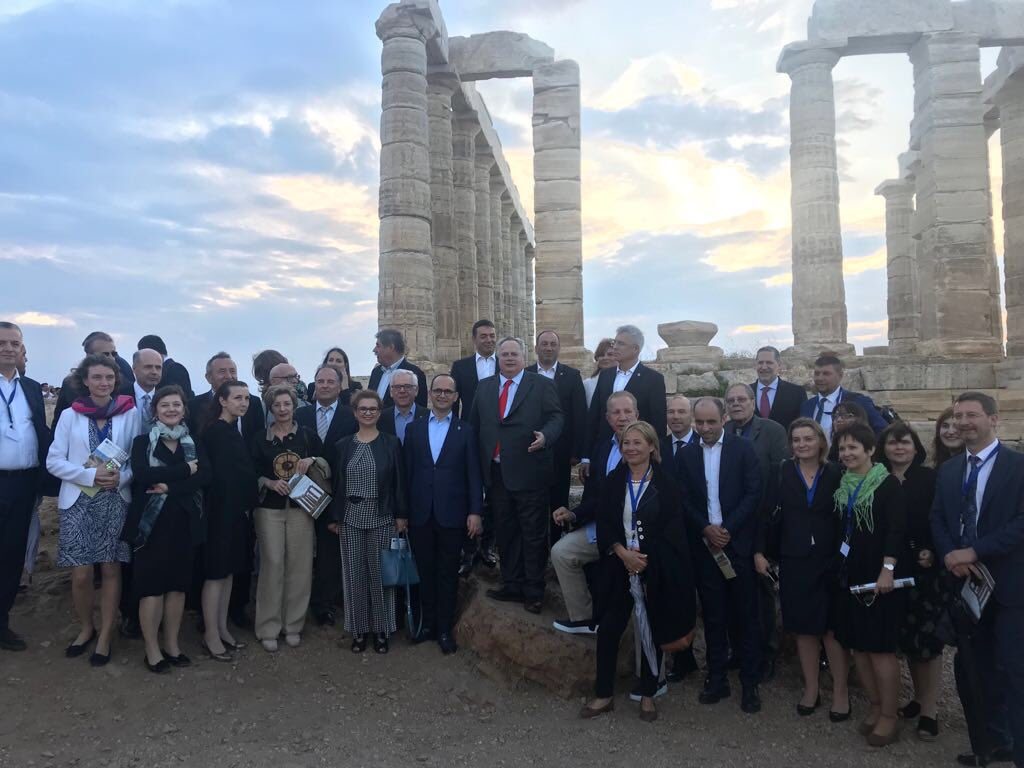 Participants in the 2nd Ministerial Meeting were foreign ministers from

West Balkan EU candidates: Albania, Bosnia-Herzegovina, FYROM, Kosovo and Montenegro as well as Slovenia and Cyprus were invited to participate as observers.