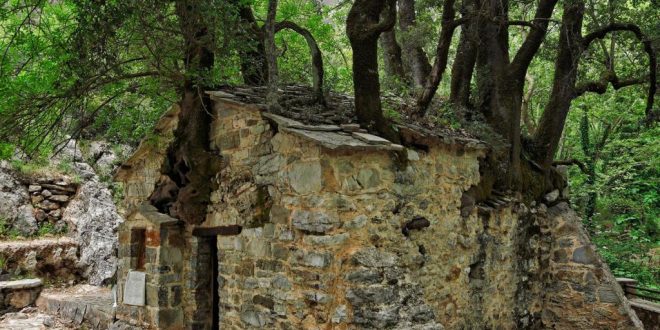 May 14, 2018 Tourism Comments Off on Agia Theodora Church in Vasta: Religious miracle or natural wonder? 6,306 Views

An amazing little stone church with 17 big trees and several other smaller have grown on its roof. The church of  Saint Theodora – Agia Thodora of Vasta –  considered as one of the most beautiful and most unique churches in the world, and has been registered in the Guinness Book as “miracle church.” 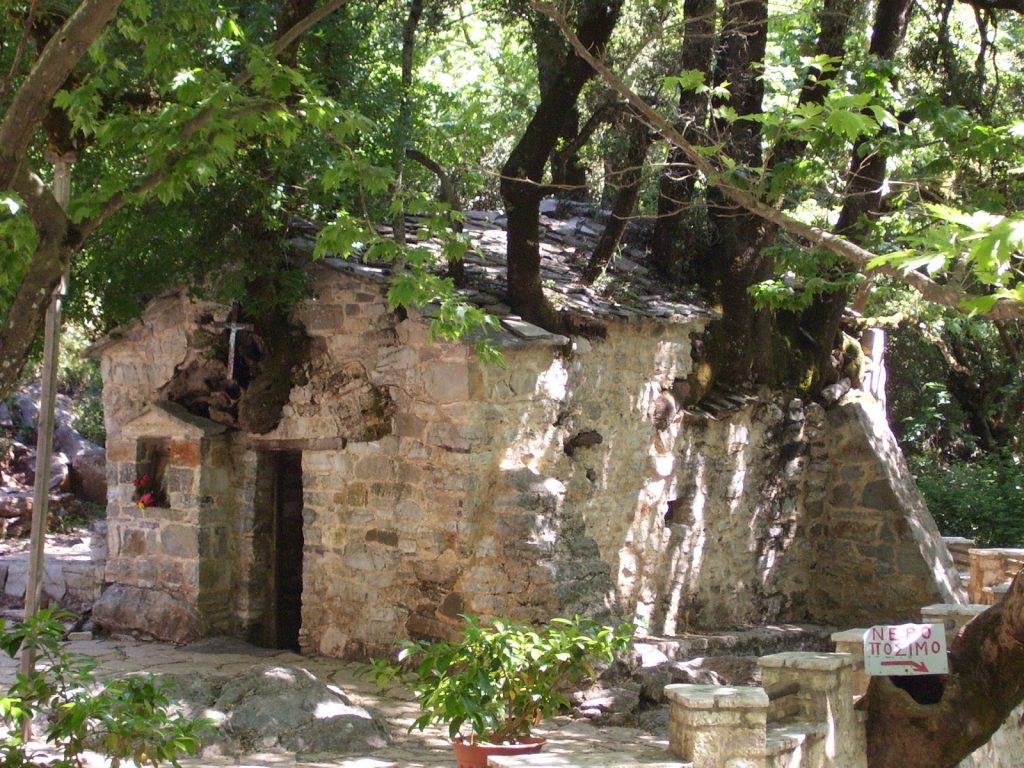 17 large trees have grown on the church roof, most of them are taller than 30 meters, some over one meter thick. Many of the trees have a wight of more than one tonne.

Although the roof of the chapel is thin, without any special reinforcement, it resists as if by miracle. 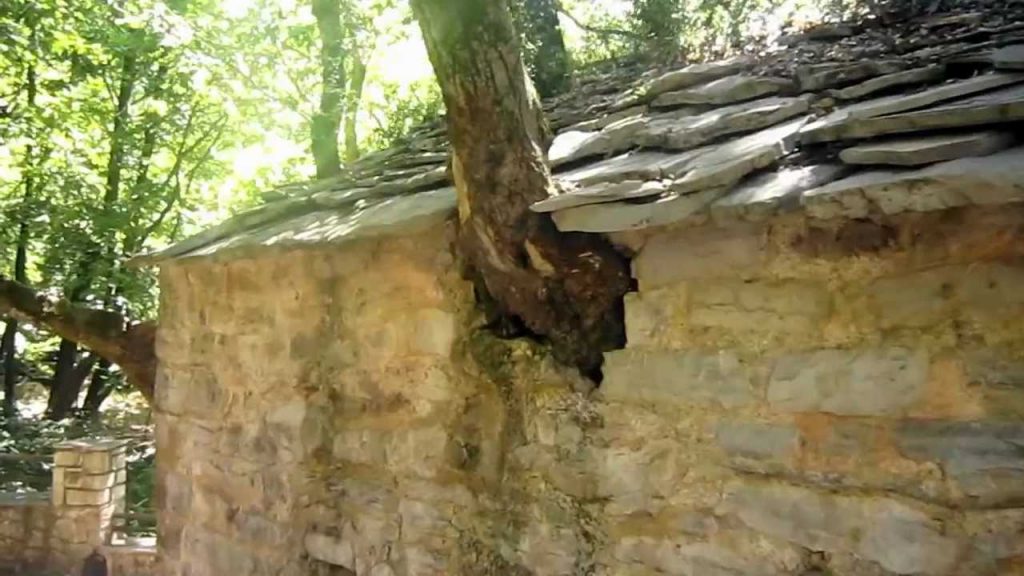 Their roots are not visible under the few centimeters thin roof and neither inside or outside the church. 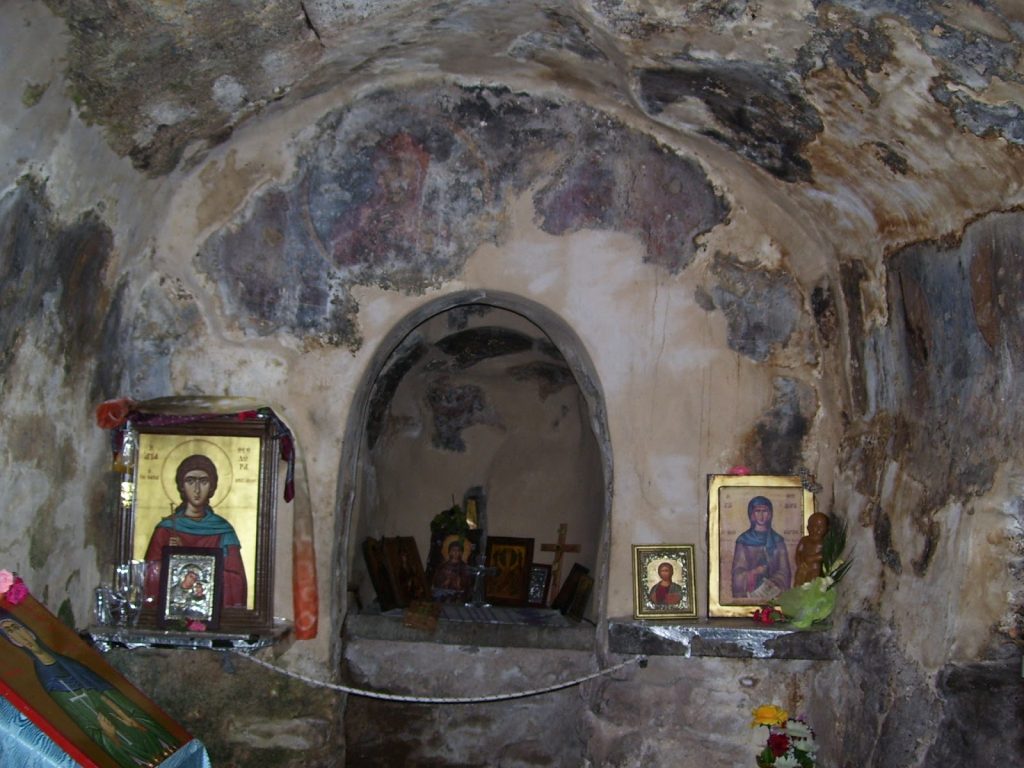 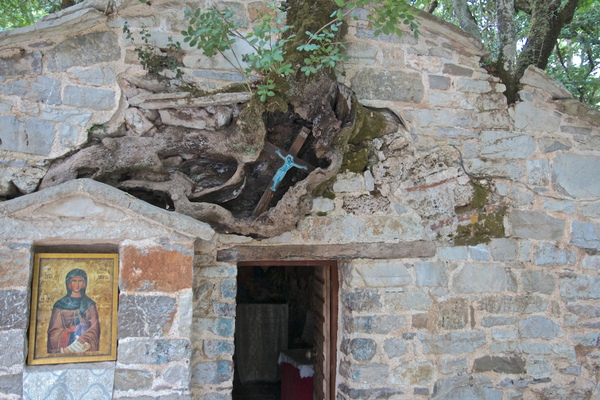 The whole building is under pressure to collapse due to this large load and there have been several reconstruction interventions during its life. Those non-professional interventions resulted in destroying the architecture of the church. 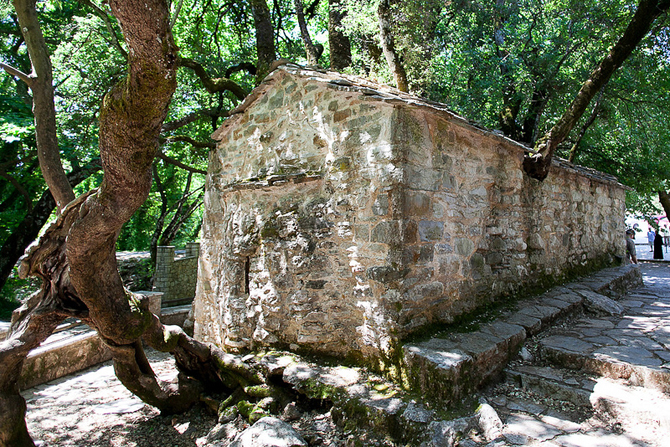 The church of Agia Theodora was built in the 12 century near the village of Vast, 30 km from the town of Meglopoli, in Arcadia, in Central Peloponnese. 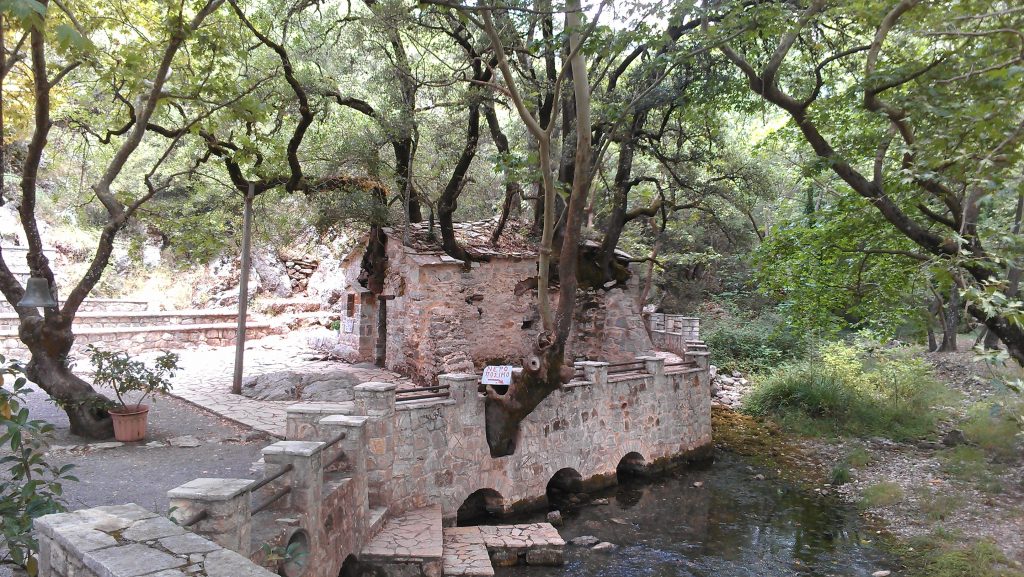 The church is surrounded by a thick forest of oak plane trees and water streams and is close to river Charadro. A small river runs beneath the church and irrigates the trees. The building is five meters long and four meters wide.

Saint Theodora of Vasta, who was an 11th-century Byzantine citizen. When the area was raided by bandits, Theodora was determined to help defend her village, but as a woman it was unthinkable to do so. Not to be deterred, Theodora secretly disguised herself as a male soldier in order to join the defense. Unfortunately, Theodora did not survive, and as she lay dying she uttered the following words:

”“Let my body become a church

My blood a river

My hair the forest””

The villagers, moved by her bravery and her untimely demise, built a church at the site of her grave. Legend has it that a local river re-routed to pass directly under the church. Eventually, trees sprouted from the roof of the church.

The site has become important for Greek Orthodox pilgrims and sightseeing visitors alike.

A religious miracle or a natural wonder?

A research project to shed scientific light into the “miracle” was launched in 1996. Scientists from the University of Patras  tried to find out where the tree roots were directed.

The geophysical team of the University of Patras inspected the chapel and did scanning with special devices, with church people and the clergymen being the “sleepless guardians” throughout the entire survey.

“After an onsite estimation of the situation it was decided that the high-frequency georadar would be used on the walls of the building together with electrical tomography with very small electrodes, so as to have a double check on the methodology,” the scientists wrote in their official report.

The results of the investigation threw ample light to the mystery and gave the Direction of Restoration of Byzantine and After Byzantine Monuments all the answers they needed to proceed safely to the restoration of the Church of Saint Theodora.

“It was proved that the roots follow the gaps existing inside the side stonewall creating repulsion stresses between the stones and thus they reach the ground. This leads to the creation of a net of roots that reinforces the building from a static point of view opposing the roof load but also destroying the stonewalls. It was also proved that the south wall is almost intact while there seems to be a particular void in the north wall,” the scientists wrote.

Restoration works were conducted in 1998-1999, restorers refrained from using injections with cement to avoid the dry up of the trees. 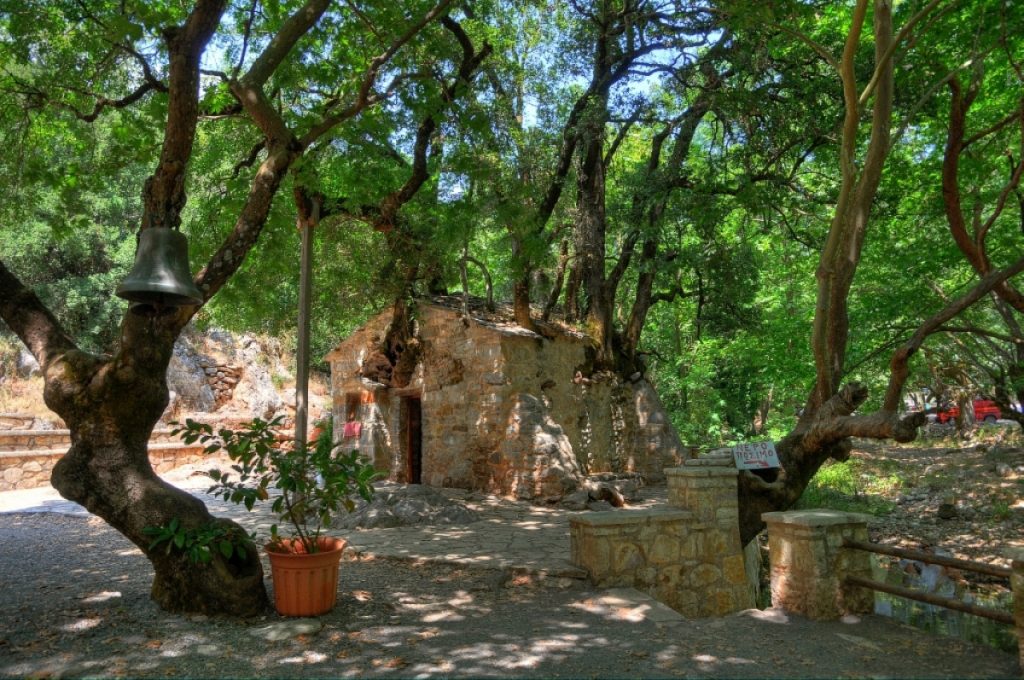 The chapel continues to stand in its original position without any further damage, and the river running beneath keeps giving life to the trees ….