Jelly Fish “nursery” discovered in cave in the Gulf of Corinth

May 18, 2018 environment Comments Off on Jelly Fish “nursery” discovered in cave in the Gulf of Corinth 1,034 Views

Hundreds of baby jelly fish have been discovered in a cave in the Gulf of Corinth, that was hit by a jelly fish plague last summer. The nursery was discovered by a team of the environmental organizations NIREAS. 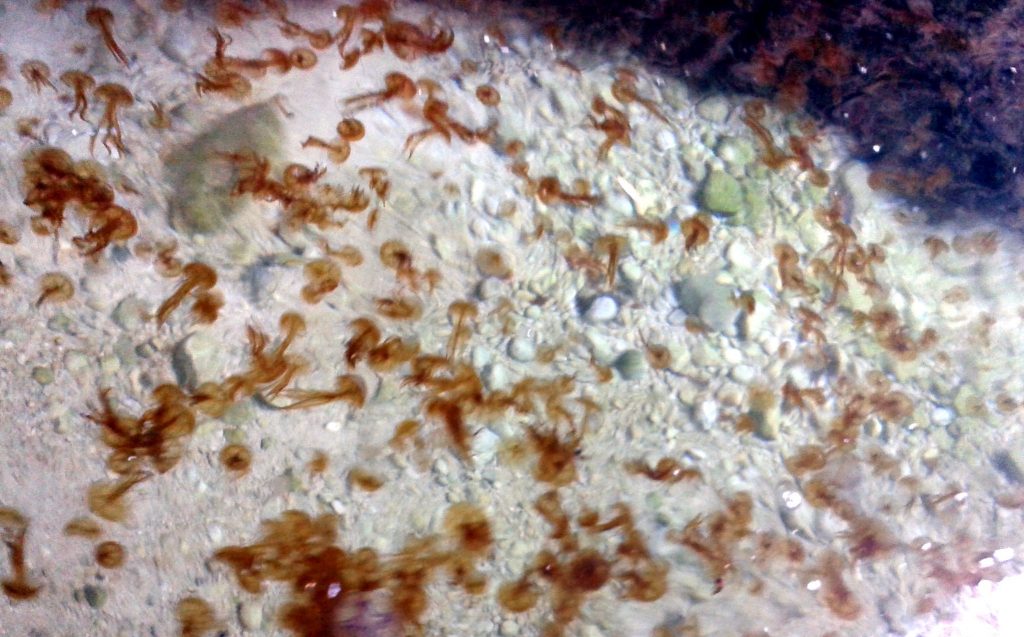 The jelly fish nursery is reportedly in a cave before the beach of Psatha in the East Gulf of Corinth. 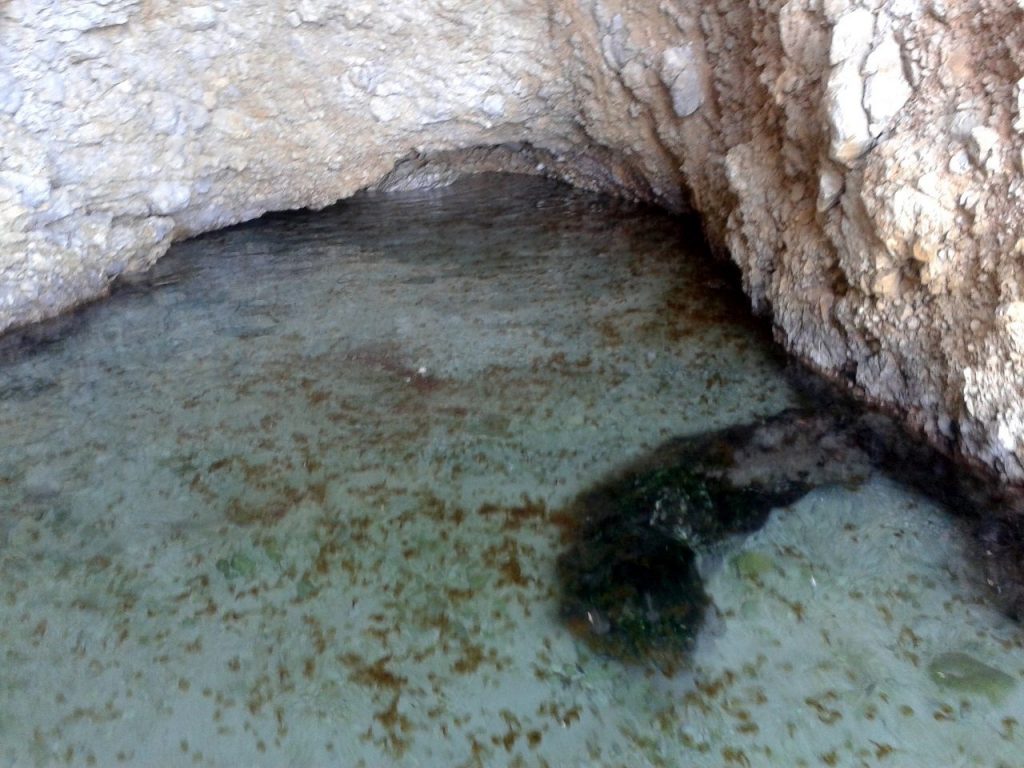 According to NIREAS member Giorgos Kanellis who posted the pictures the jelly fish belongs to the family of pelagia noctiluca, a kind that glows at night and is widely known as mauve stinger. Or “small mean jelly fish”.

Pelagia Noctiluca is distributed in all warm and temperate waters. It is typically an offshore species, although sometimes it is washed near the coastlines and may be stranded in great numbers on beaches.

It is the second year that jelly fish appears in the Gulfs of Corinth and Patras.

Last summer millions of jelly fish were washed ashore, at the beaches along the gulf of Corinth, bringing swimmers and local businessmen at the edge of a nervous breakdown.

The government decided to extra measures in order to take the jelly fish plaque under control. 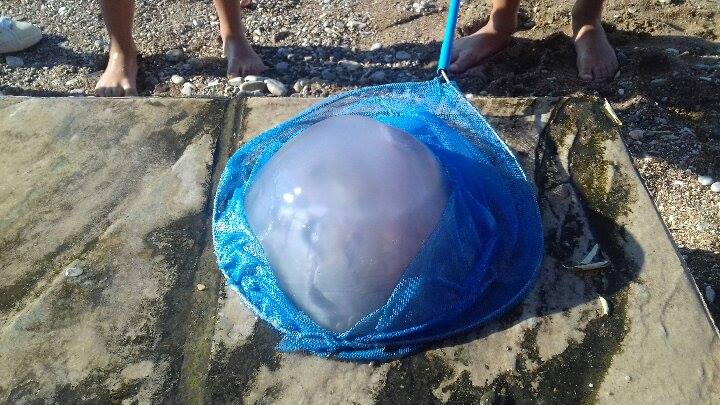 Floating dams were supposed to be installed, but jelly fish remained in the area until the beginning of September.

“We could not go into the sea, and then one day they were gone,” a friend of mine who spent vacation in Loutraki told me last autumn.

The losses for the local tourism industry were immense.

Reasons for the massive presence of juelly fish are considered to be overfishing, pollution and climate change.