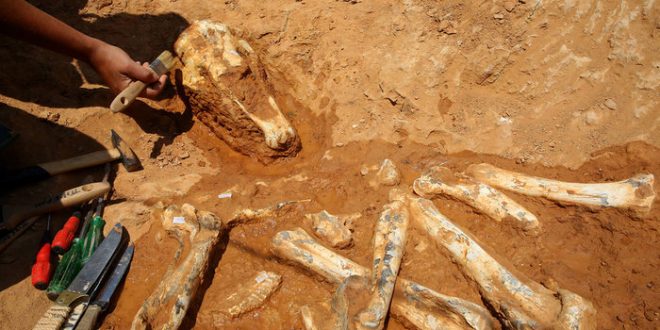 It was in 1835, a few years after the founding of the Greek state, when a Bavarian soldier of King Otto’s army walks along the banks of the Great Stream of ​​Pikermi, known today as Valanaris. While searching for something that he could take back to his homeland, he finds a white hollow object with small and large crystals sparkling from the inside. He takes the object in hope to have obtained not just a souvenir but also the option to become rich.

“It’s not diamonds,” famous professor for paleontology, Johann Andreas Wagner, tells the soldier in Munich after after he had returned home.

However, the sparkling crystals were valuable from a different point of view: they were formed inside cavities of animals extincted thousand of years ago.

The finding marked the beginning of one of the greatest paleontologist discoveries in the world.

Located 19 km east of Athens, the paleontological site of Pikermi features more than forty mammal species from the late Miocene (8 million years ago) and fossils of animals that do not exist in Greece anymore. Only in Africa.

What followed the discovery were excavations and discoveries but also plundering

New species are identified and the name of Pikermi is depicted in scientific texts throughout the world, while international researches describe it as the  “Acropolis of Palaeontology”.

“The location is particularly rich in fossils. We have more than 50 different species of animals that would remind us of an African landscape and even richer because we have animal species that are not present in Africa today, ” Georgios Thodorou, professor at Paleontology, Geology and Geoenvironment Department of Athene university told news agency amna that visited the site.

Noting that the most recent research began at PV1-Pikermi Valley 1 in 2009, Theodorou noted that this year’s excavation began on April 24th and is expected to end at the end of June.

“Among these animals are animals with trunk, giraffes, rhinoceroses, horses, hyenas, felidae, giant turtles (found earlier), small turtles, birds, ostriches and monkeys such as the Mesopithecus of Penteli, a very rare fossil, we were lucky to find three samples this year, ” Theodorou said. 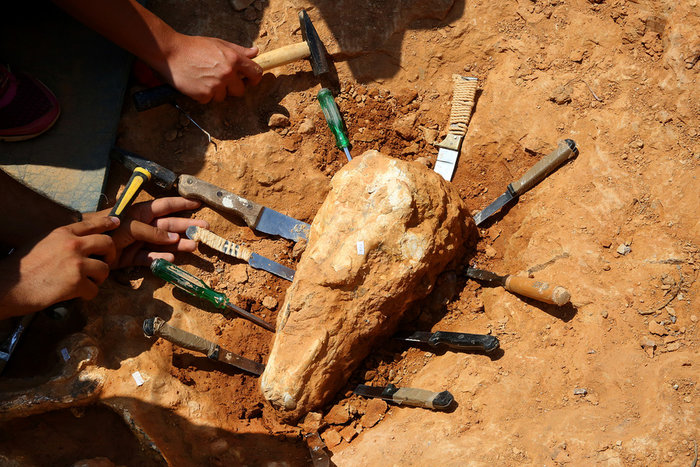 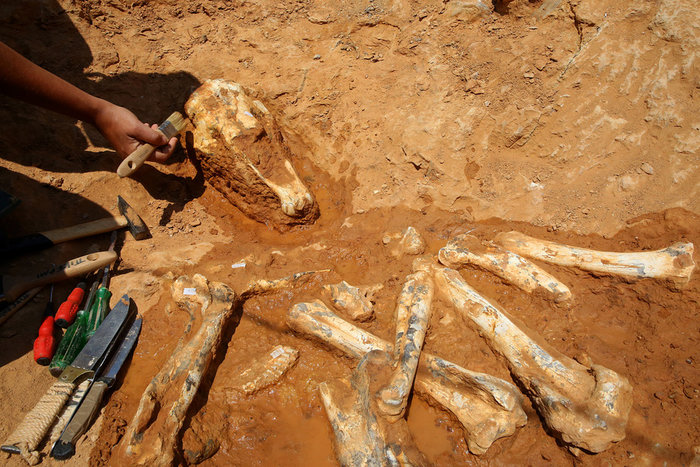 Speaking about the rich biodiversity of  Pikermi, Theodorous said among others that they have found “three-meter long turtles, four different kinds of giraffes, when in Africa there are only two.”

Recalling that the area of today’s Aegean Sea was once dry, he said that “from Greece to Asia Minor [Turkey] there was a continent with a rich fauna including more than 50 species of animals that lived in Aigiida [the continent] almost 57 millio9n years after the disappearance of the Dinosaurs.”

That is 7,200,000 years ago, as recent studies have shown, Theorodou said adding they will try also to study the area of Agioi Anargyroi, at the Queen’s Tower {Pyrgos Vassilissis] in West Attica, where one fossil of the Grecopithecus was found long ago. The Grecopithecus finding was 25,000 years away from the Pikermi findings.

Excavation and research cannot proceed with the desired pace due to lack of funding. Only 7,000 euros gross are being made available pro year.

There is no Museum for Paleontology despite the rich findings. 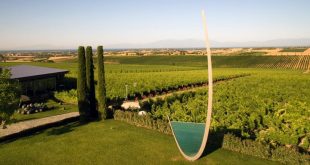