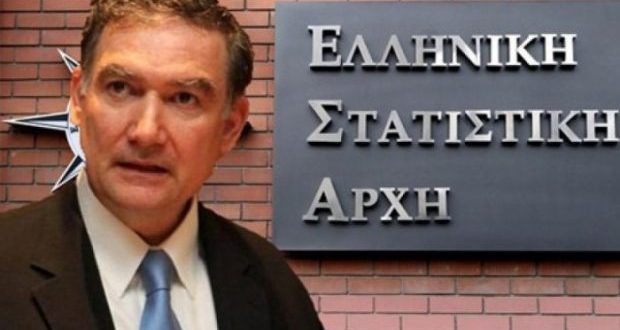 Andreas Georgiou is a man in need. Not only has he been ‘hounded’ by the Greek justice authorities, he cannot even cover the legal expenses emerging from multiple prosecutions and appeals. This is the opinion of Georgiou’s international friends and supporters. As the former chief of the Greek Statistics Authority has a lots of friend in the wide world and especially in the US, some of his friends started a crowdfunding campaign.

Campaign organizers note that the campaign is “dedicated to rectifying the political persecution of Andreas Georgiou, who has been unjustly subjected to an onslaught of criminal and civil suits in Greece. This treatment arose because Andreas – from his position as President of the Hellenic Statistical Authority (“ELSTAT”), Greece’s National Statistical Office – insisted on keeping accurate statistics covering Greece’s public financial situation. All of this has imposed extraordinary hardship on Andreas and his family.”

Stressing among others that  “Andreas’ plight has elicited an international outcry,” campaign organizers call on donations with the aim to cover Georgiou’s legal expenses.

“These legal threats are very real.For example, Andreas has already been found guilty of “violation of duty”; he is requesting the Greek Supreme Court to annul the conviction. Moreover, the charge of “false statements and complicity against the State” carries a potential life sentence and the Supreme Court is considering for a second time whether to reverse Andreas’ acquittal by a lower court. In this context, Andreas has had to retain Greek counsel at significant expense. This saga, of multiple prosecutions, some of which have been revived a number of times, has beleaguered Andreas for seven years.

The financial cost has been very difficult to bear, but the stress on Andreas and his family has been staggering. No one should have to face such circumstances simply for patriotically performing public service for their country.”

Organizers note that “the funds will be transferred to an account set up only for the legal fees of Andreas.”

“In the case legal fees turn out to be lower than expected, half of the remainder will be given to Elpida, a Greek charity that works with children needing bone marrow transplants. The other half of any potential remainder will be given to the International Statistical Institute for use, at the discretion of its Executive Committee, in the promotion of reliable and impartial statistics”

With four days to go, the crowdfunding campaign has already reached 95% of its target that was set at 40,000 USD.

In the latest legal development, Greece’s Supreme Court criminal section upheld a conviction against Andreas Georgiou on June 9th, to two years in prison for breach of duty, dismissing an appeal to revert the sentence.

The ruling is irrevocable.

His case will go before the Council of Appeals Court Judges which has already cleared him twice of any wrongdoing.

Criminal charges of making a false statement were first brought against Georgiou in 2013 after members of the then existing board for ELSTAT accused Georgiou and other ELSTAT statisticians of artificially inflating Greek budget figures in 2009.

The former IMF employee, Georgiou has been accused of falsifying budget data in order to justify Greece’s first international bailout.